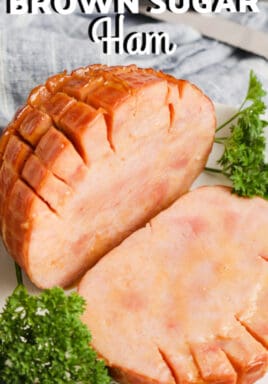 The secret to making a perfectly moist, succulent ham is the slow cooker. This recipe for brown sugar ham has a maple syrup and mustard glaze that just clings to the ham, making it sweet, savory, and oh, so tender! Every home cook will reach for this easy 4 ingredient recipe whenever a ham is called for. 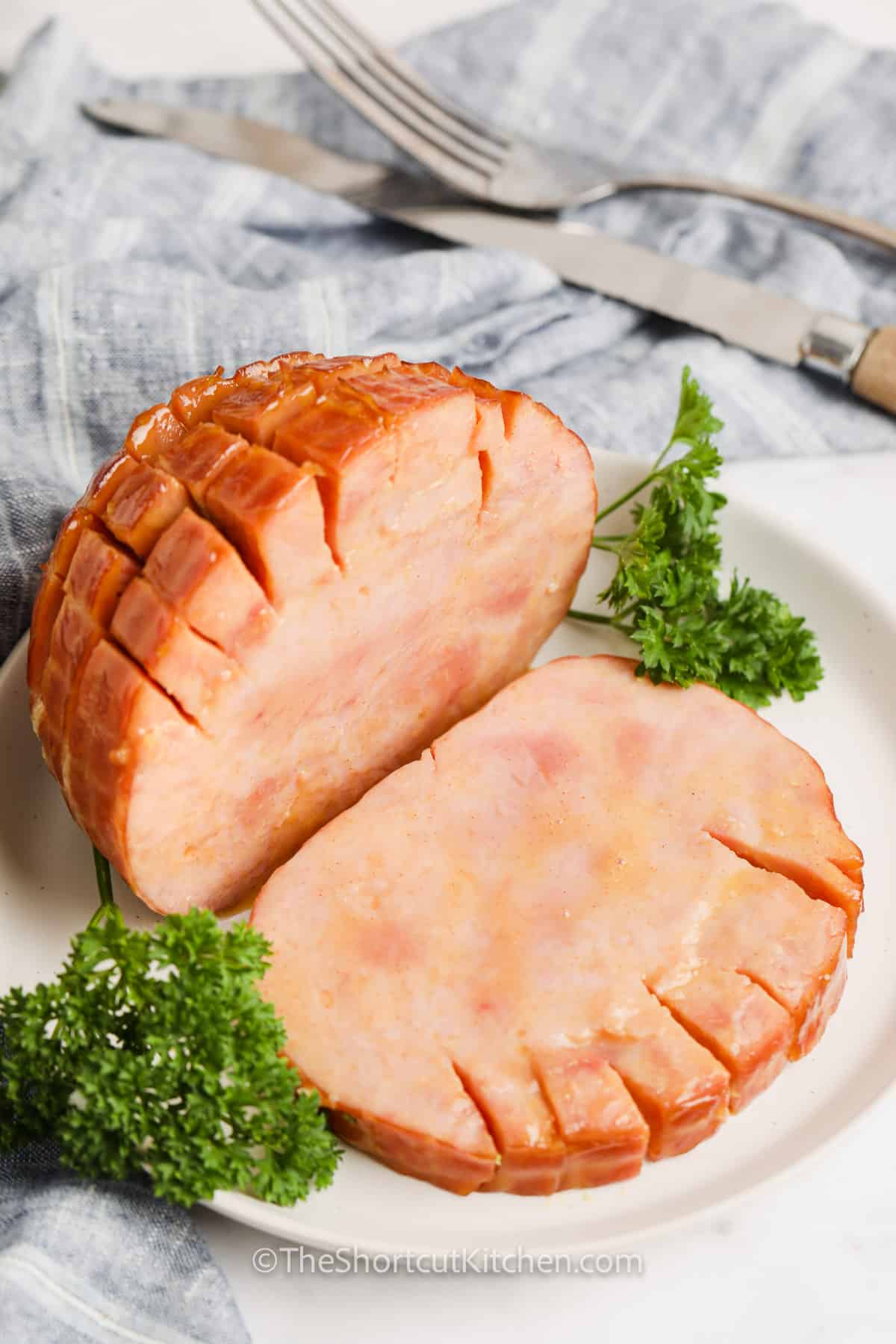 PIN IT to your MAIN DISHES board to SAVE it for later! 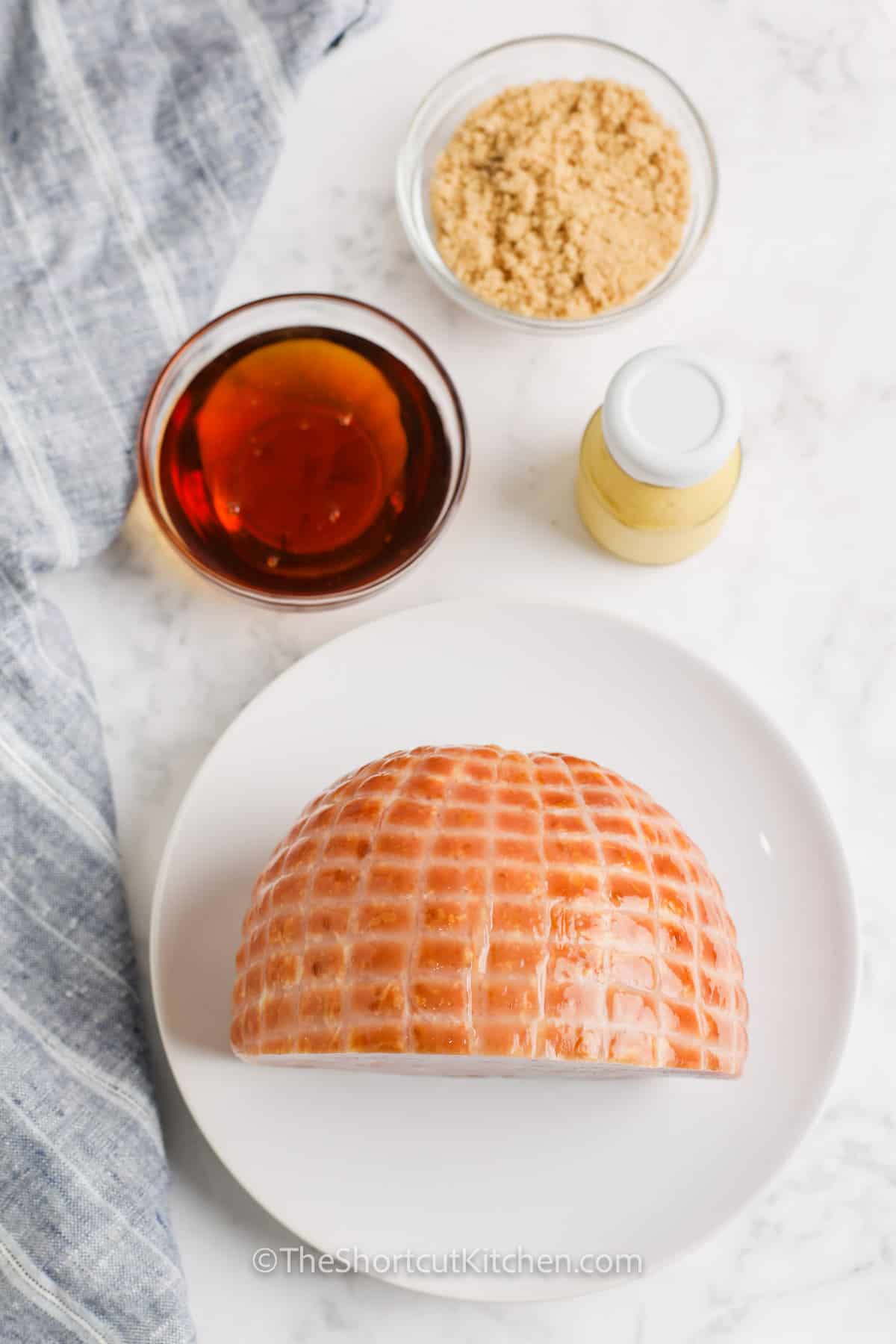 HAM – Choose a ham that will easily fit in the Crock Pot with a little room to spare for the juices (these can be used to glaze veggies like Brown Sugar Glazed Carrots, turnips, or sweet potatoes). Bone-in, boneless, or a spiral-cut ham will all work as long as they fit in the Crock Pot when the lid is closed.

GLAZE – Brown sugar, maple syrup, and Dijon mustard offset ham’s naturally fatty and salty flavor. Adjust sugar and syrup accordingly for a less sweet ham or use sugar-free alternatives like monk fruit or agave. Dark corn syrup or honey can also be used in a pinch if maple syrup is not available. Other seasonings to add to the brown sugar glaze are orange juice, teriyaki sauce, or a dash of sriracha.

How to Make Brown Sugar Ham

Tips for the Best Juicy Ham 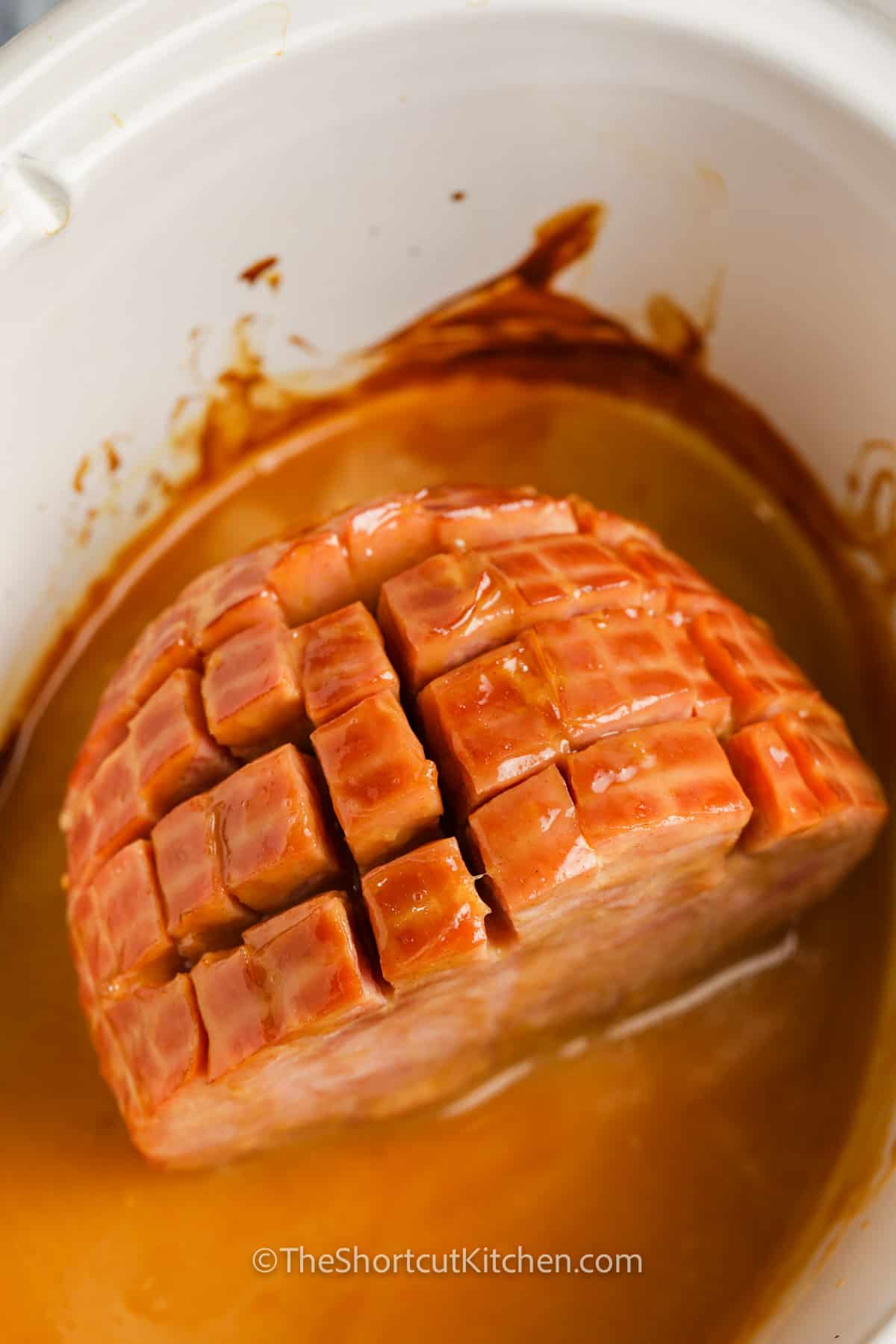 Brown Sugar Ham is made in the slow cooker with a maple syrup and mustard glaze for a sweet, savory, and tender entree that is perfect for any occasion!
Pin Recipe Print Recipe
Prep Time 10 mins
Cook Time 4 hrs
Total Time 4 hrs 10 mins
Servings 4 servings
Author The Shortcut Kitchen 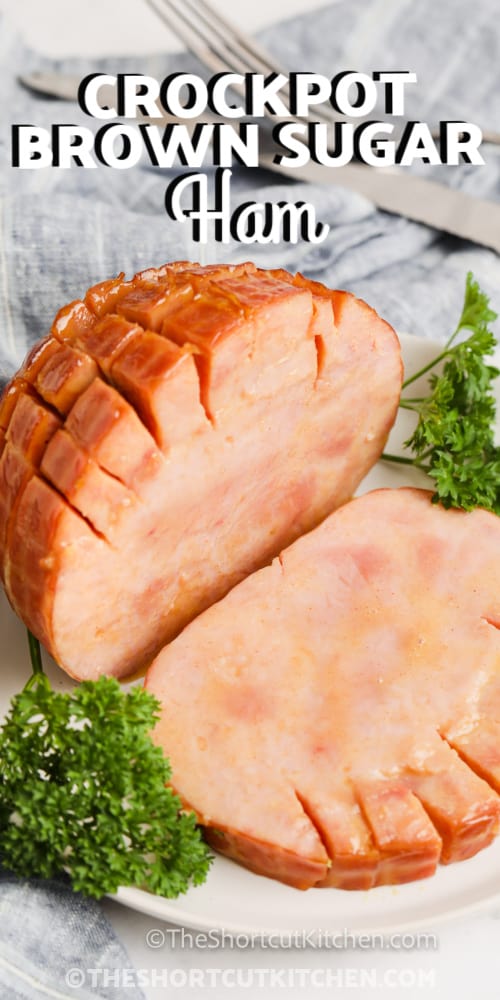