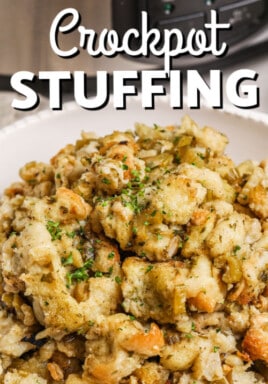 There is no need to wait until the holidays to serve stuffing! Not when this Crockpot stuffing is so simple to make. Tender, fluffy and savory seasoned bread cubes are cooked in the slow cooker, along with onions and celery, to create this well loved side dish. It’s perfect served with a traditional holiday turkey, but also delicious with chicken, pork, and even beef. 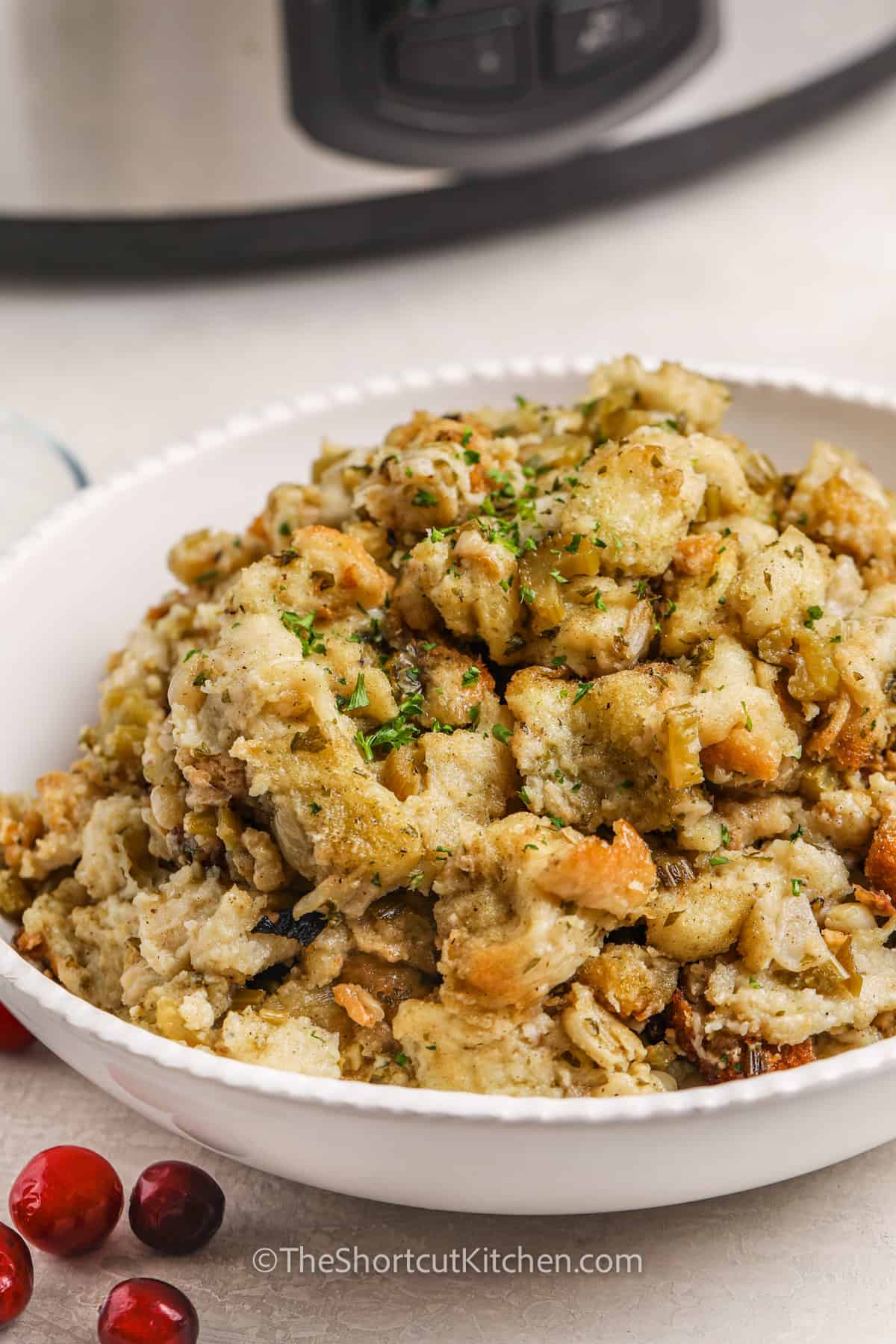 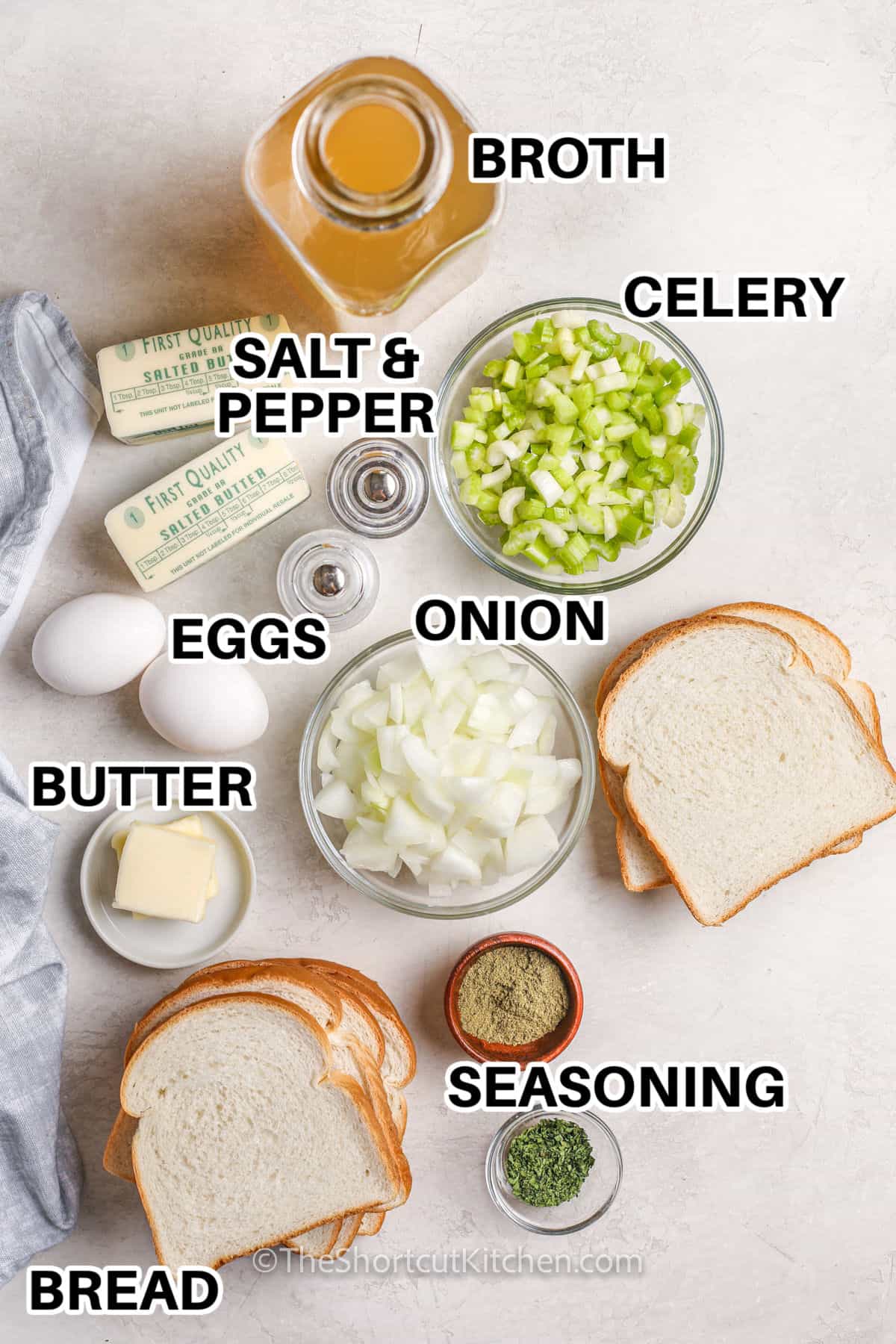 BREAD CUBES: Store bough dried bread cubes are super convenient, but making them from scratch is also easy. Use regular sandwich bread, whole wheat, or sourdough and cut the cubes to an equal size and shape. Set bread out on the counter to dry for a couple days, or place in a low heated oven spread out on a baking sheet. PRO TIP: Pre-purchased dried cubes may need more broth, add a little at a time.

SEASONINGS: Season cubed and dried bread with store-bought or homemade poultry seasoning. Freshly chopped rosemary, sage, thyme and parsley would make a wonderful addition. And it only takes about 1 tablespoon chopped fresh herbs for a boost of flavor that tastes amazing!

ADD-INS: Stuffing is the perfect dish for add-ins! Try dried cranberries, chopped red or green apples, and even some crumbled sage or maple-flavored ground sausage.

How to Make Slow Cooker Stuffing

On the Stove Top:

Follow the recipe directions below, except cook covered on medium-low heat until cooked through. Stir very gently to combine, then fluff with a fork before serving. You can also bake stuffing in the oven in a casserole dish. 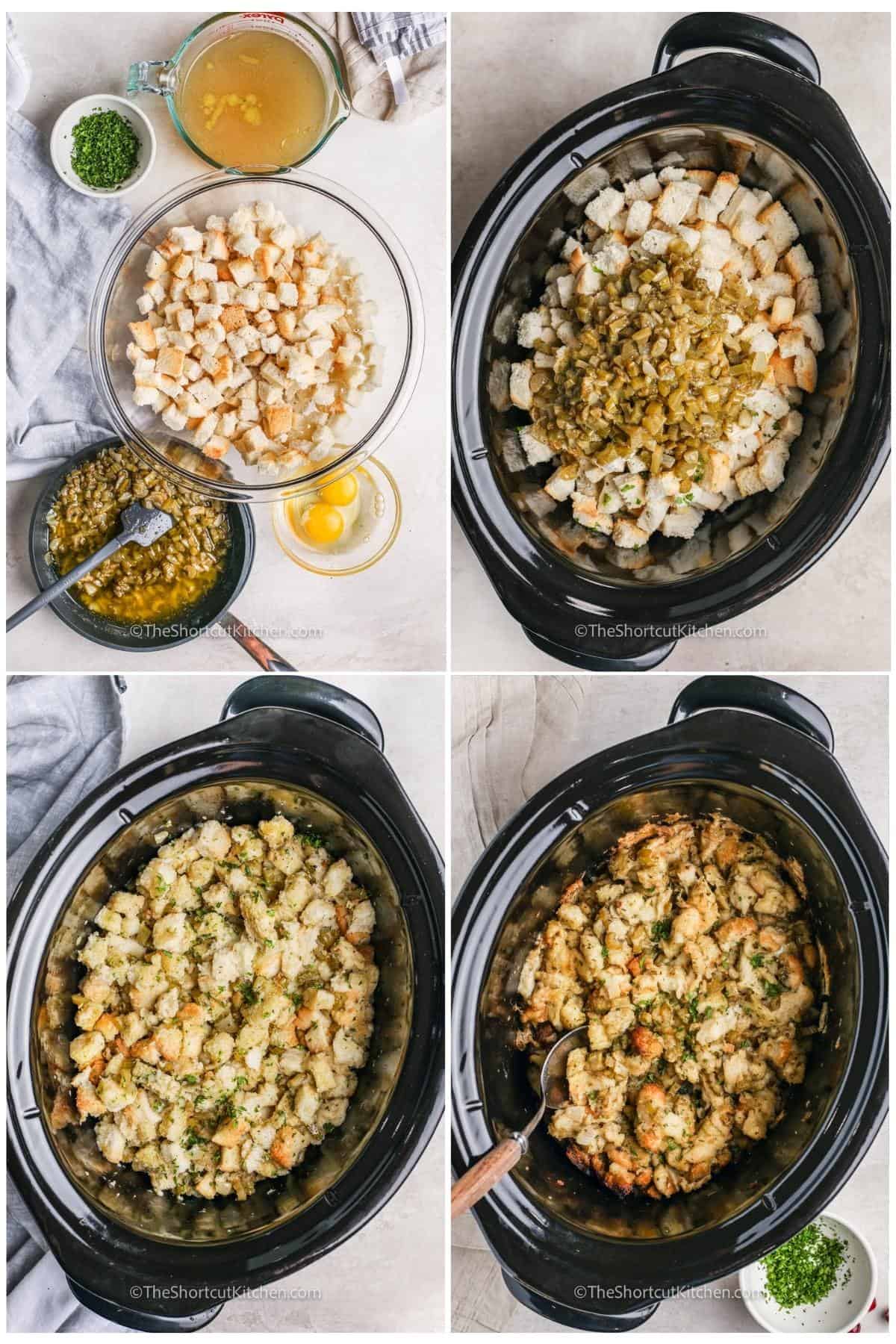 Slow cooker stuffing goes with so many different entrees because it can be seasoned in a way that complements the meat. Serve it straight from the Crockpot at a holiday party or potluck alongside chicken thighs, meatloaf, or oven baked pork chops. Round out the meal with a crispy green salad and finish up with individual apple hand pies.

Easy slow cooker stuffing can be made ahead and frozen up to 8 weeks in advance which makes it perfect for busy holiday cooking! Keep leftovers covered in the refrigerator up to 5 days, fluff, and reheat on the stovetop. 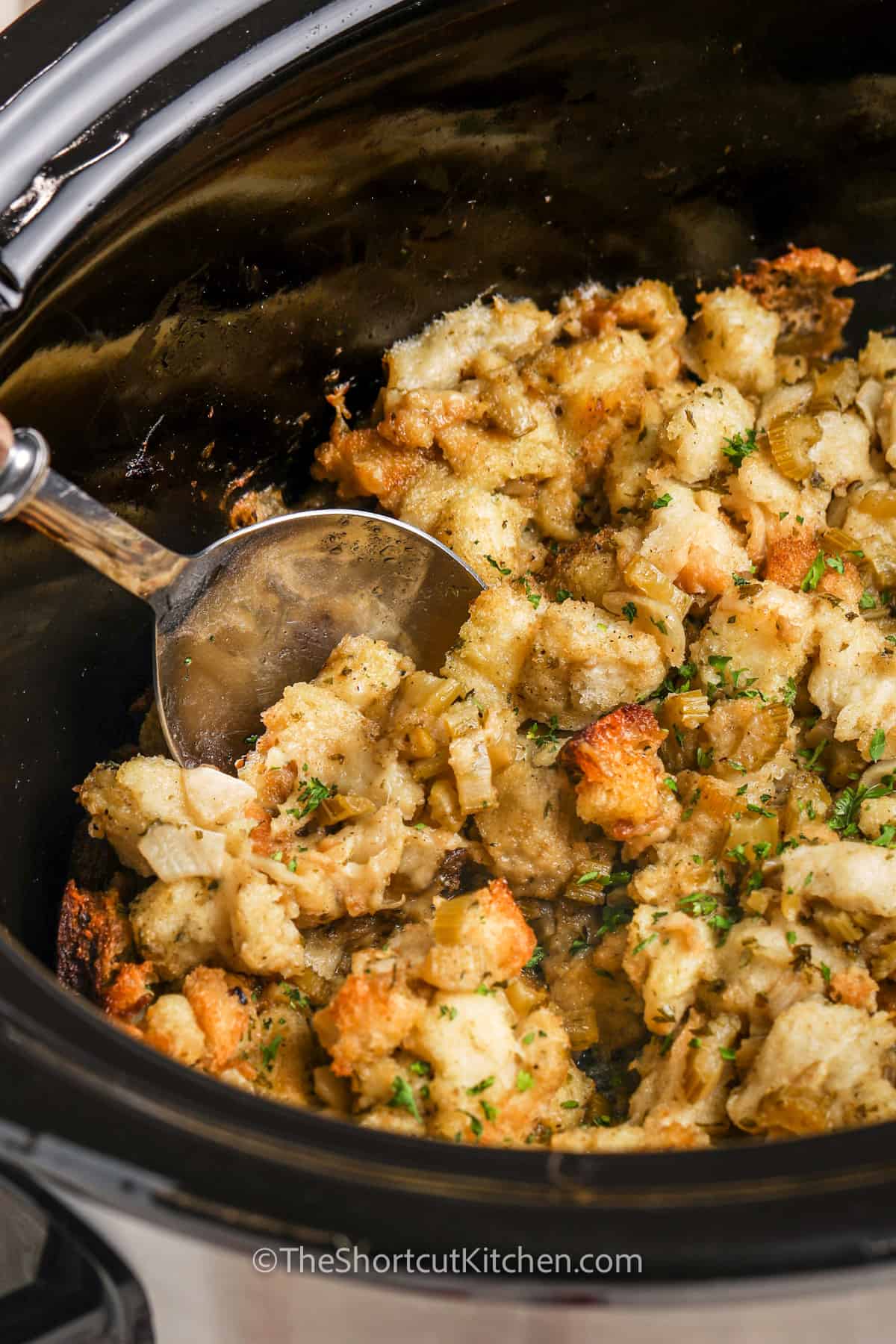 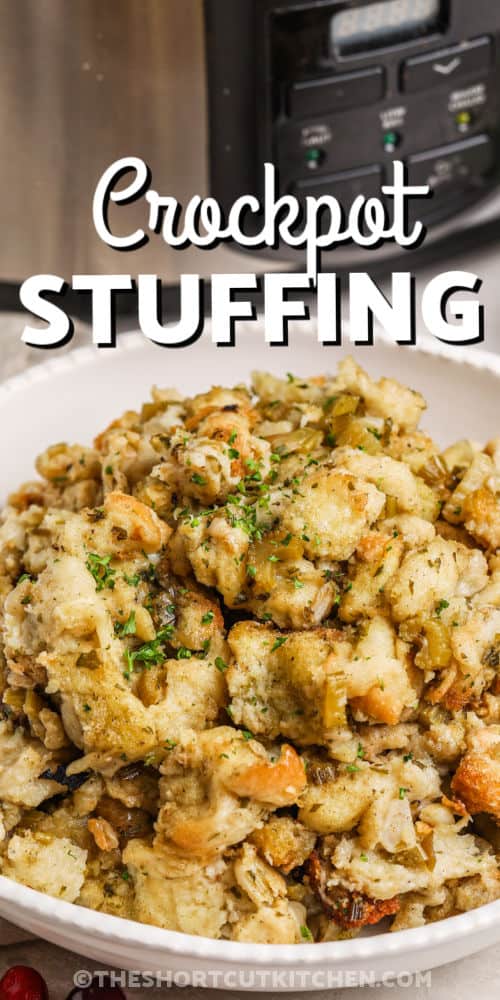 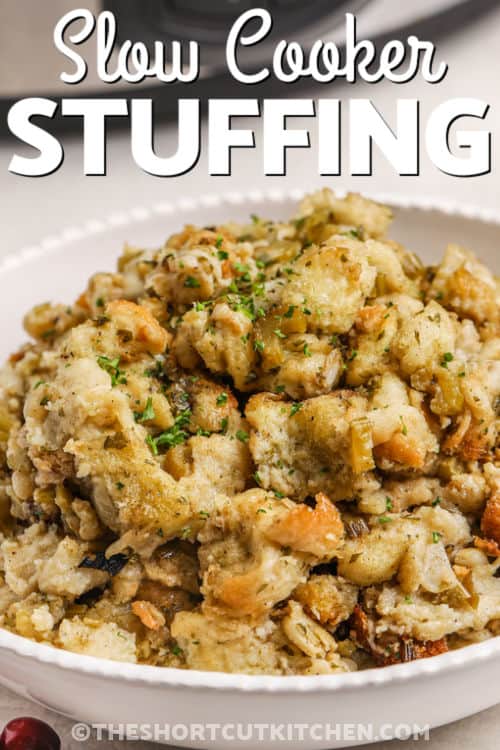