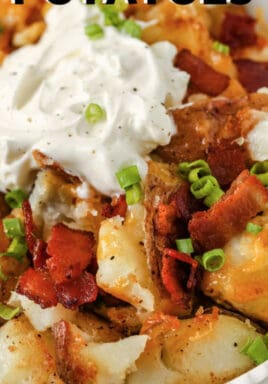 These fried, Crispy Smashed Potatoes are the perfect addition to any entrée, and they can be made for breakfast, too!

Loaded smashed potatoes are as much fun to eat as they are to make! Colorful, crispy, and cost-effective, this fun recipe is a multi-purpose winner all year long! Keep baked smashed potatoes in the oven with an entrée to save time and space! 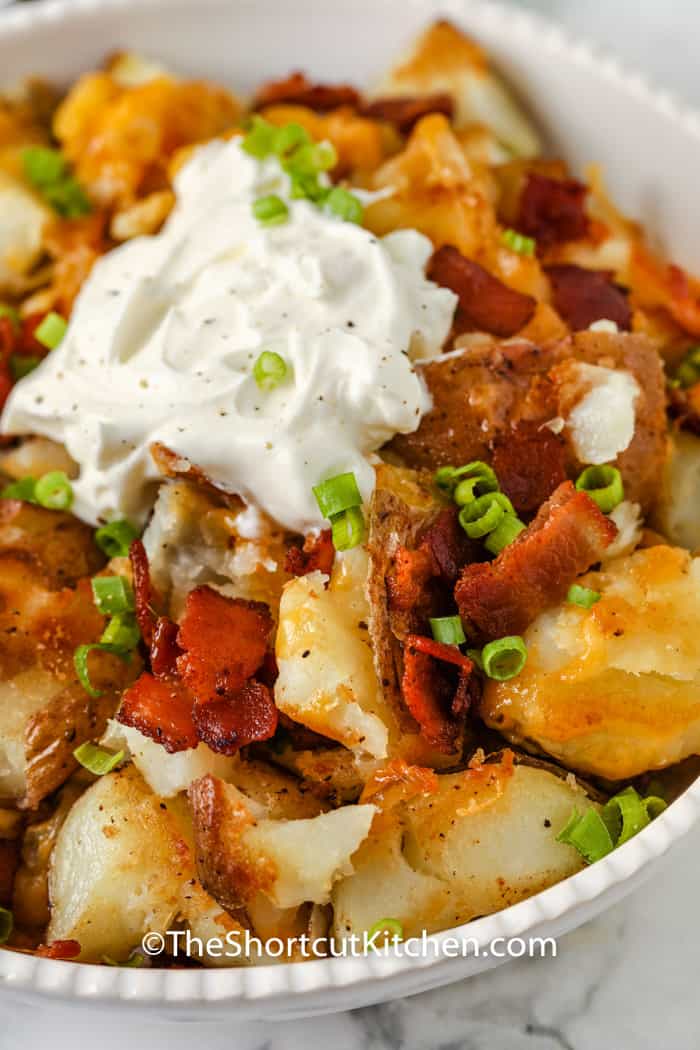 PIN IT your SIDES BOARD to SAVE it for later!

We love this potato side dish because it’s so easy to make and delicious to serve with nearly anything! Not only is our smashed red potatoes recipe quick and tasty, but it’s also a great recipe for newer home cooks who are looking to create their personal recipe collection. For breakfast, serve them with homemade egg muffins or alongside a breakfast enchilada casserole. As a dinner side dish, serve alongside spatchcock chicken, oven baked pork chops or even spinach stuffed chicken. Add a spinach strawberry salad for a complete and delicious meal! 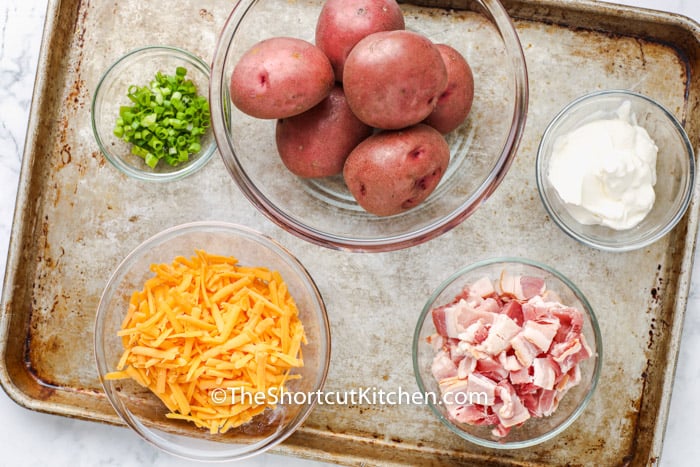 POTATOES – We like baby red potatoes because they stay extra firm during the cooking and smashing process. Plus they have a slightly sweet flavor that’s so tasty.

MEAT & DAIRY – A little bacon, cheese, and some sour cream and chive garnish, and smashed potatoes are ready to serve!

ADDITIONS – We like to mix it up a bit by adding garlic powder, red pepper flakes, and diced onions to the potatoes. Roast them under the broiler to make the exterior extra crispy and bake on some parmesan cheese. Serve with a dollop of ketchup, salsa, or guacamole! 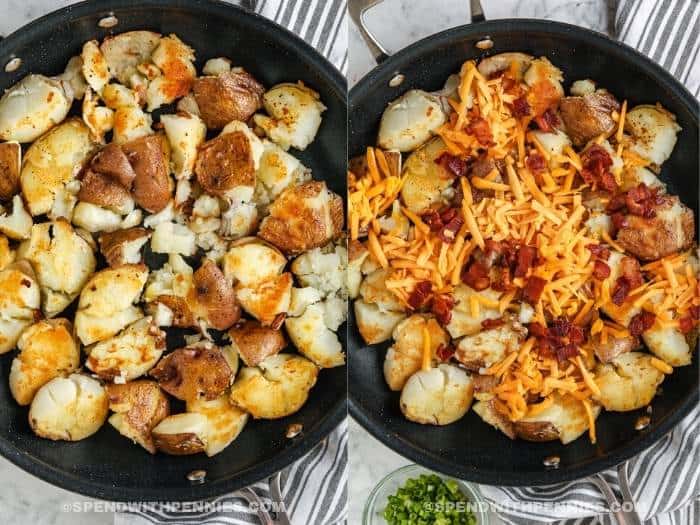 How To Make Smashed Potatoes

Super easy to make, these delicious smashed potatoes are sure to be asked for again and again. 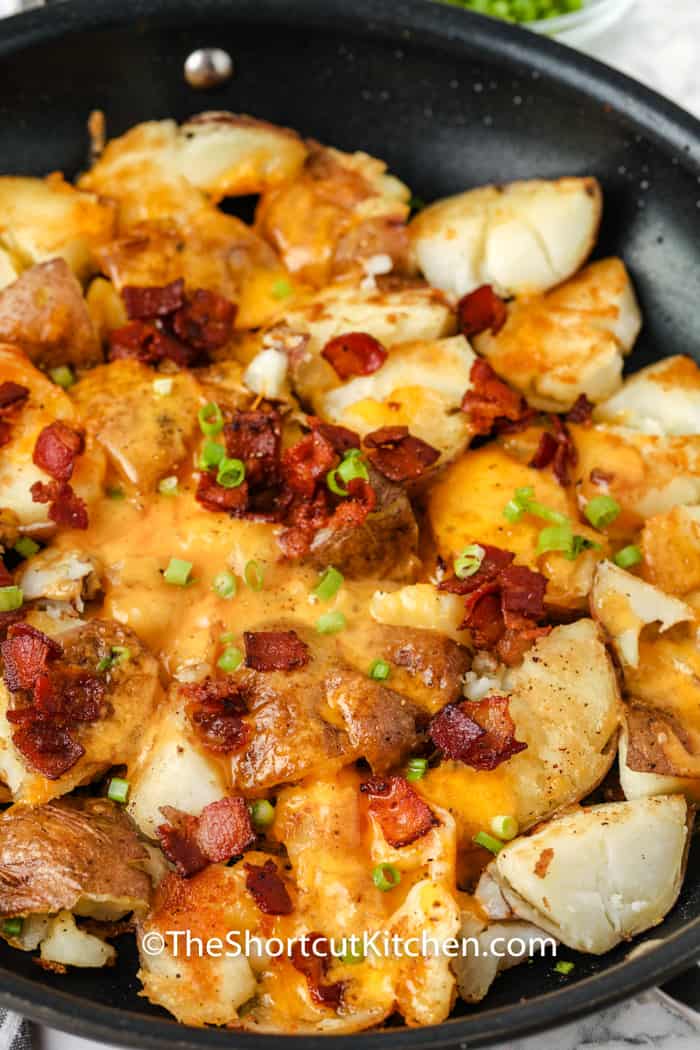 Inspired by Cook the TV 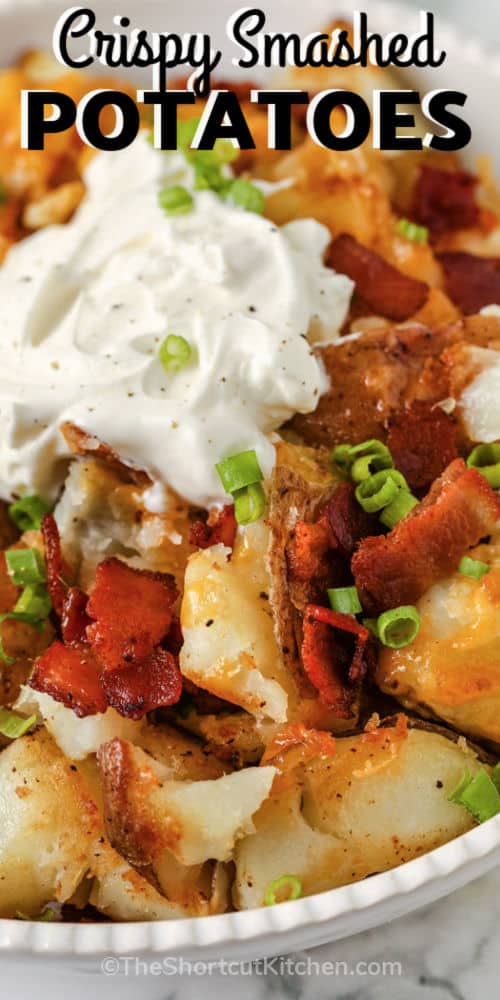 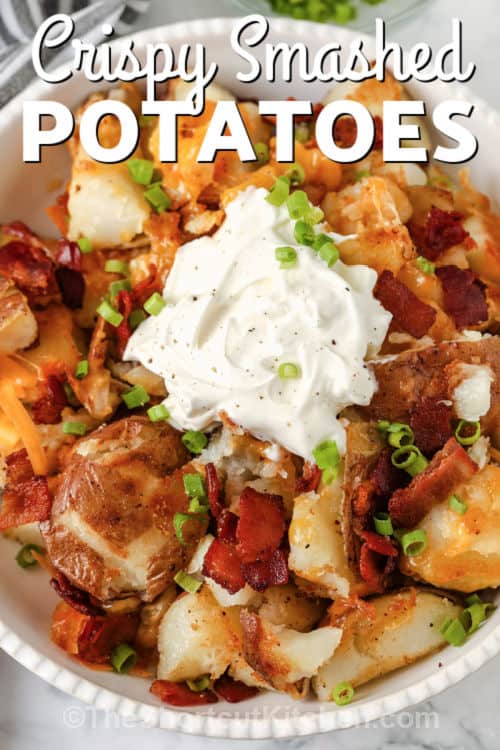