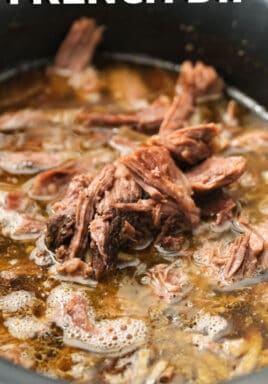 This recipe for Crock Pot French Dip sandwiches is the perfect answer to a help yourself, hot and hearty meal!

Short-cut recipes are the best, right? Even the cheapest beef roast comes out tender and juicy after it’s been slow-cooked in a savory broth seasoned with garlic and onions. Scoop the roast beef into a sturdy bread for dipping, but make sure there are plenty of napkins. French dip can be deliciously messy! 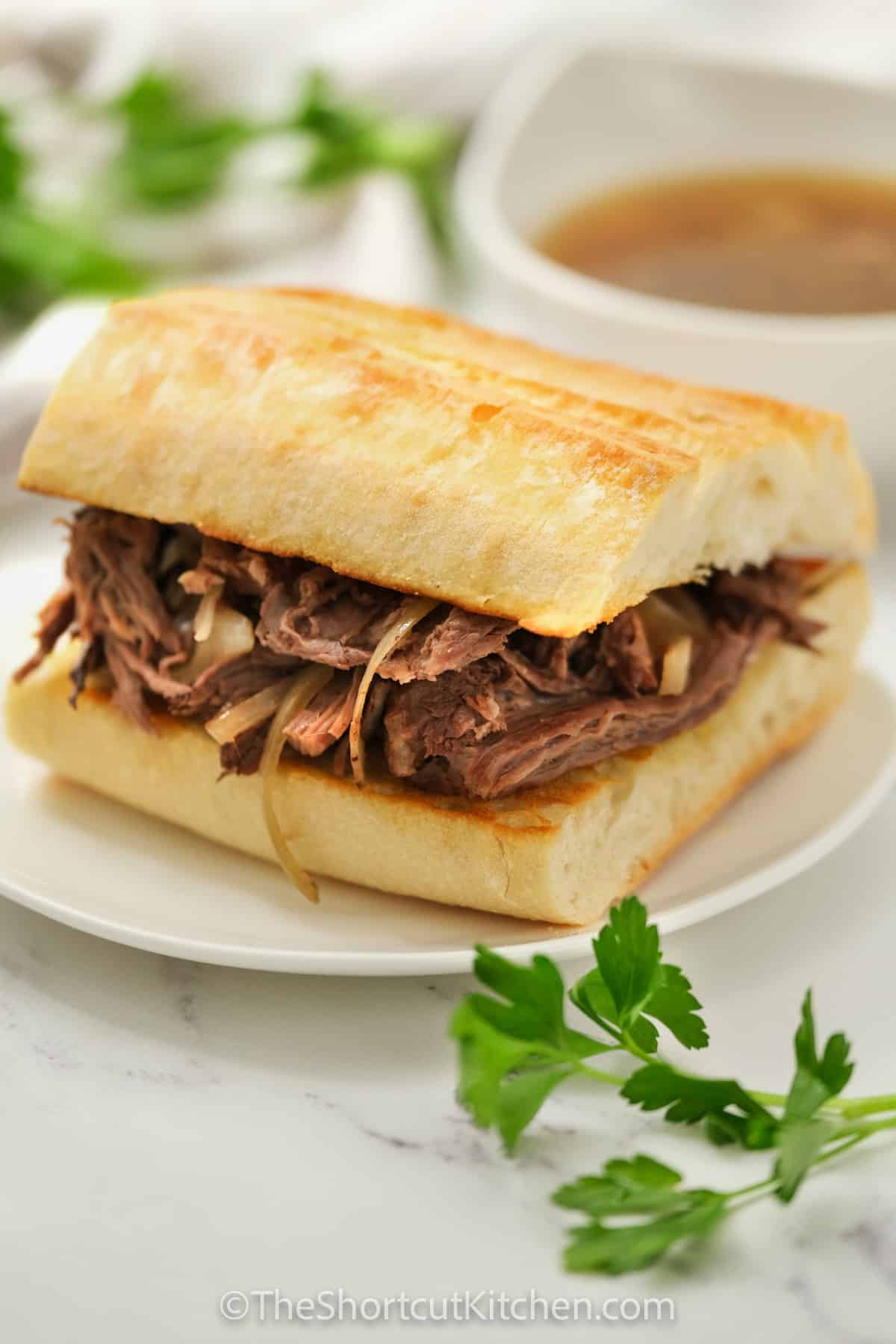 PIN IT to your SANDWICHES board to SAVE it for later! 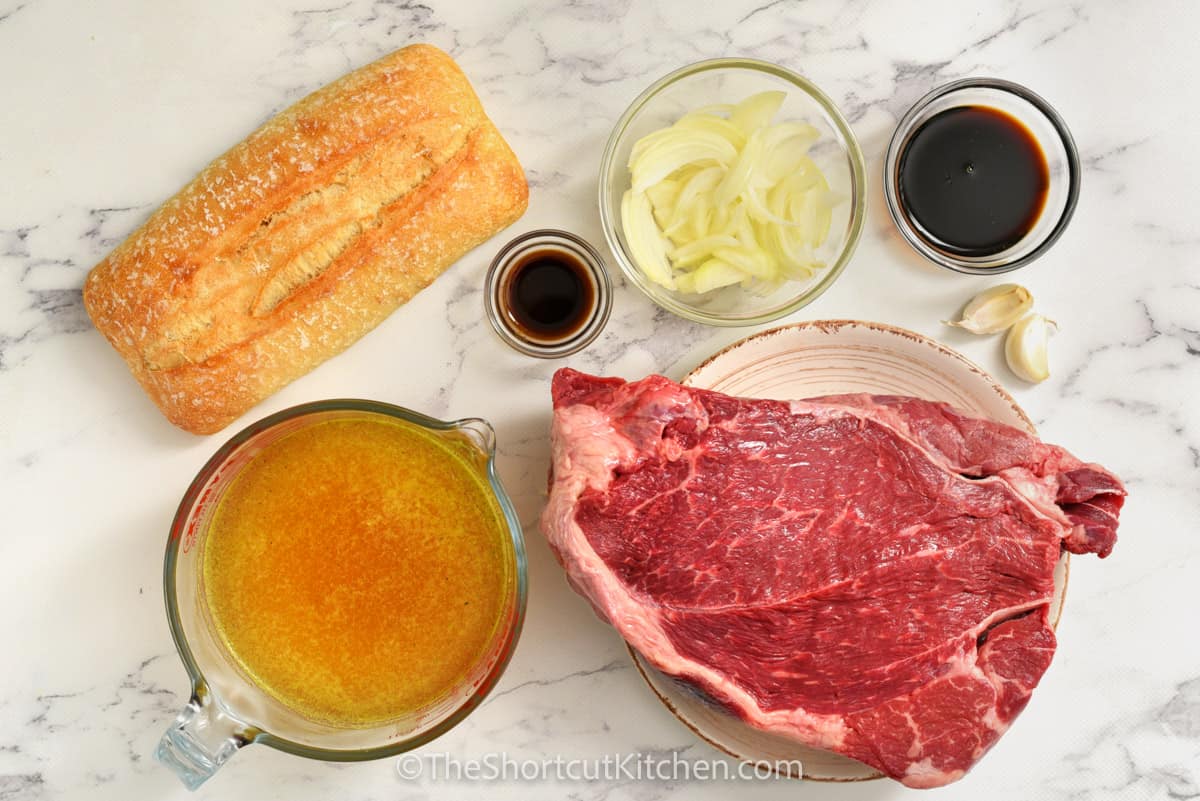 Don’t worry about expensive roasts, let the beef stock and seasonings transform even the toughest cut of beef.

ROAST – Chuck roast, rump roast, or shoulder will do. Cuts with lots of marbled fat will produce the most flavor and make a rich, soup base for dipping.

BREAD – The bread is important. Choose bread that is dense enough to hold the shredded meat and a fair amount of dip. French rolls, hoagie rolls, a crusty baguette, even Kaiser rolls or onion burger rolls will work.

EXTRAS – French Dip is perfect just the way it is, BUT, set out a few slices of Swiss or Provolone cheese, some sliced red onions, or sliced jalapenos for those who want a little extra! 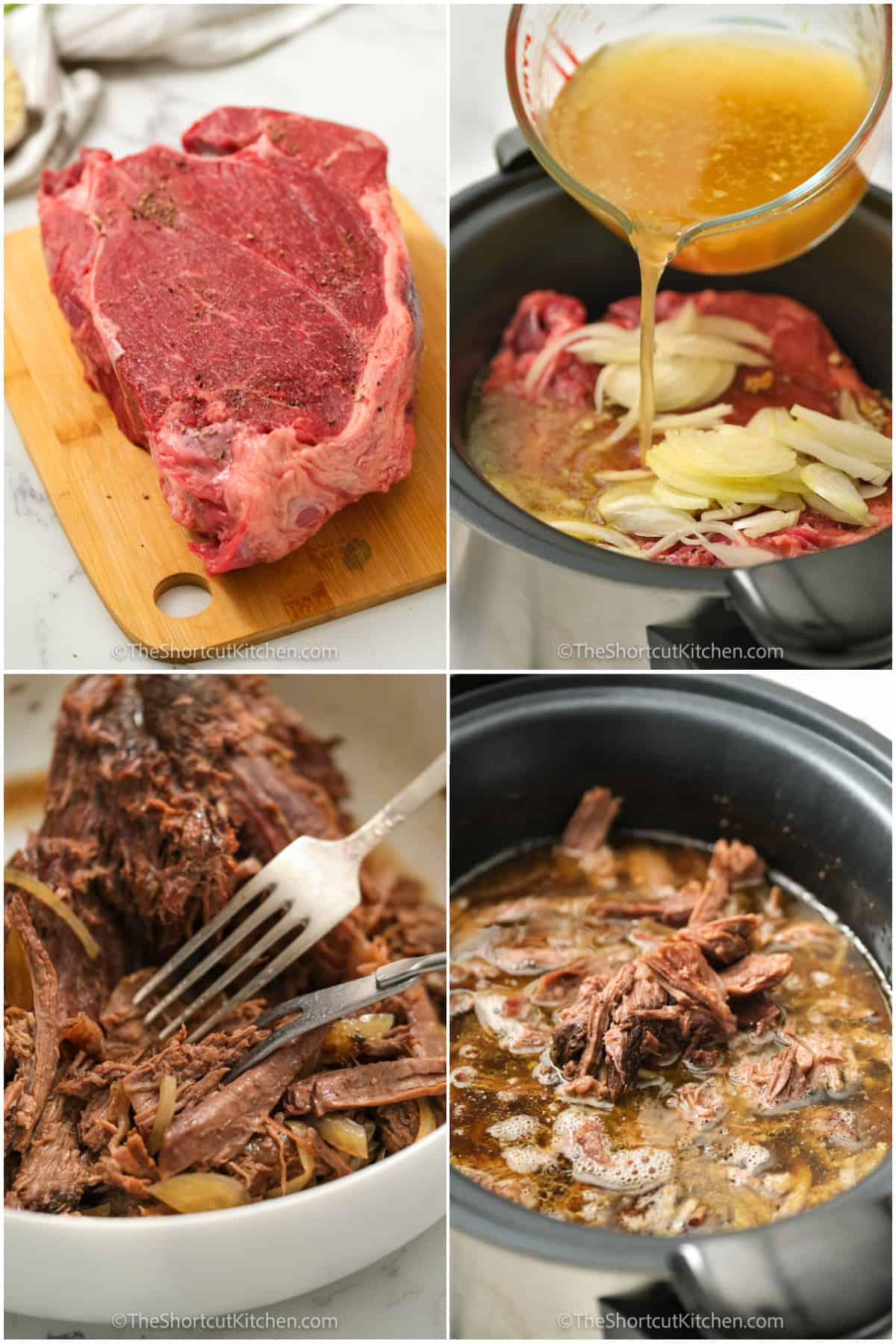 Fail proof and always a hit, this recipe is so easy to make:

What to Serve with French Dip?

Buffet-style meals need sides that are self-service! Here are some tasty apps, sides, and desserts that everyone will love! Try some Quick Pickled Beets or some Fried Tortellini. Go for classic Air Fryer Frozen Fries, and a fun Strawberry Fluff Salad, or a colorful Mediterranean Pasta Salad. And don’t forget to offer an assortment of sweet treats like these Chocolate Dipped Coconut Macaroon Cookies, or some Lemon Orange Cake. Try some Chocolate Chip Bundt Cake, or make these Monster Magic Cookie Bars as a little something for the kids! 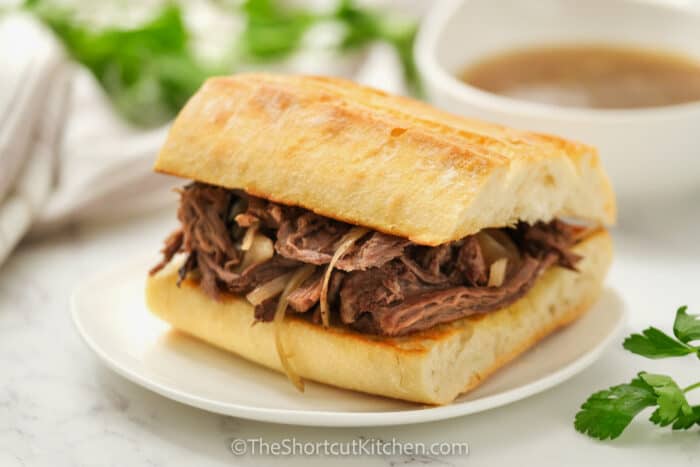 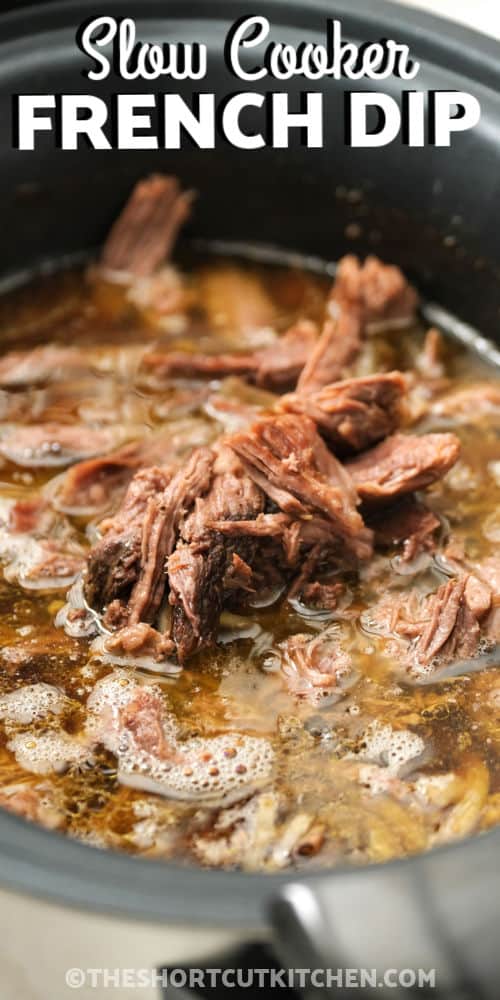 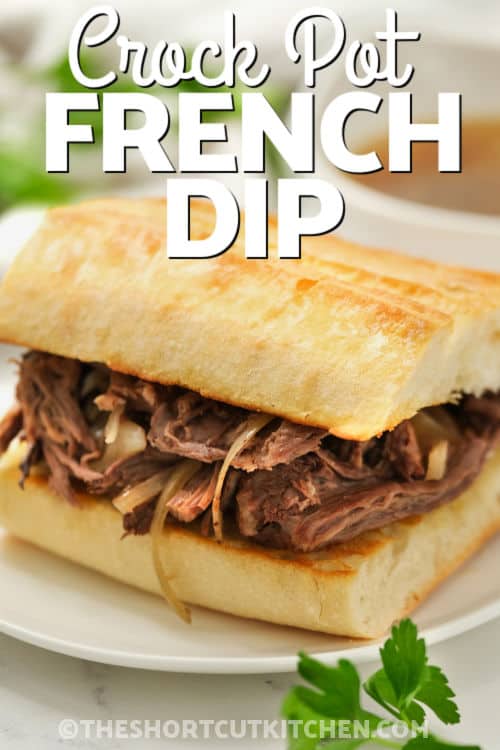