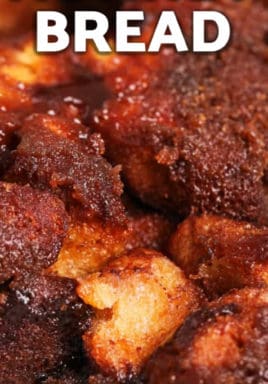 CrockPot Monkey Bread is a sweet pull apart sticky bread that is so fun to make and so much better to eat.

This dessert (or breakfast bread) uses premade dough that is covered with cinnamon, and brown sugar butter sauce. A slow cook in the crockpot turns this dough into a fluffy bread covered with sticky sweet goodness. It won’t take long to devour this bread! 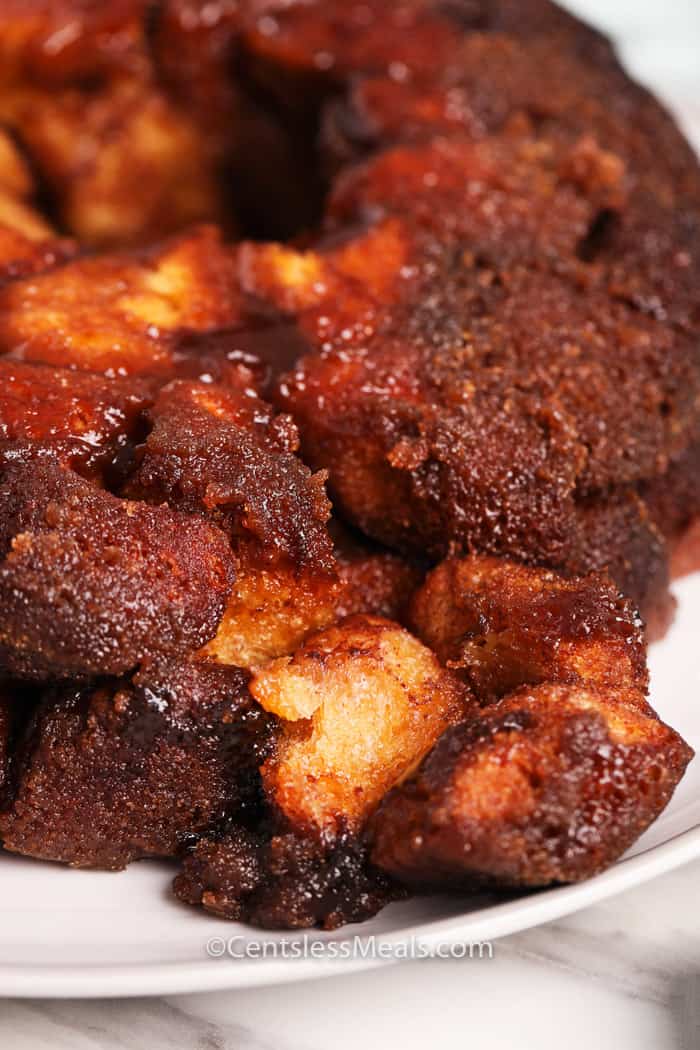 PIN IT to your BREAKFAST BOARD to save it for later! 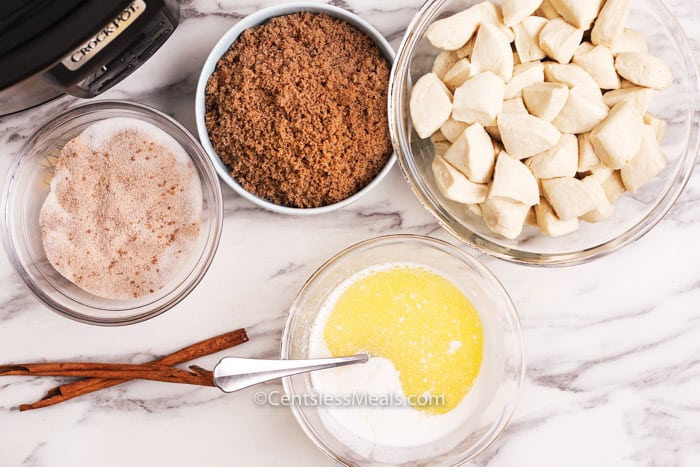 DOUGH Use a can of Pillsbury biscuit dough like Pillsbury Grands. Just cut the dough into six pieces and place it in the bottom of the crockpot.

SAUCE The sticky sauce has so few ingredients and is so easy to make on the stovetop. Just cinnamon, butter, and brown sugar make this perfectly sweet and sticky sauce.

There are so many tasty toppings that are perfect to add to this breakfast recipe! 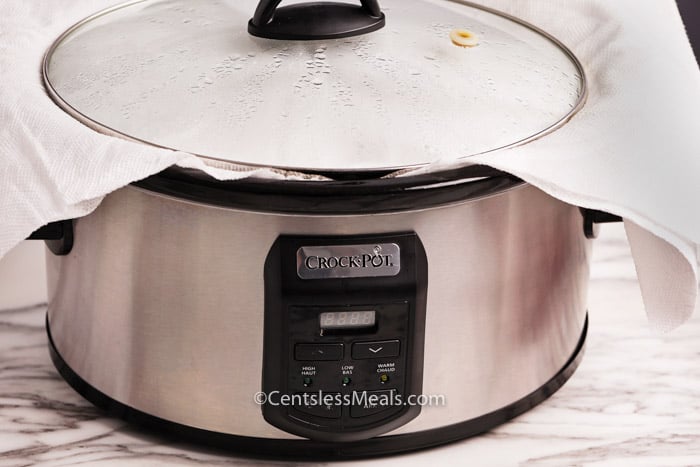 How to Make Monkey Bread

Let the warm smell of cinnamon and bread fill the house.

PRO TIP: To create that classic bundt pan look place an oven-safe jar in the center of the crockpot before adding the biscuits. Once the monkey bread is cooked, remove the jar, and Voila!

What To Serve With Monkey Bread

This gooey breakfast treat lends itself perfectly to fresh-cut fruit…especially bananas, right? Cut up pieces of cantaloupe, honeydew, or watermelon, some orange slices, strawberries, and a handful of blueberries.

If it is served on a breakfast or brunch buffet table, serve with a tray of scrambled eggs, some bacon, or sausage to round out choices for your guests. 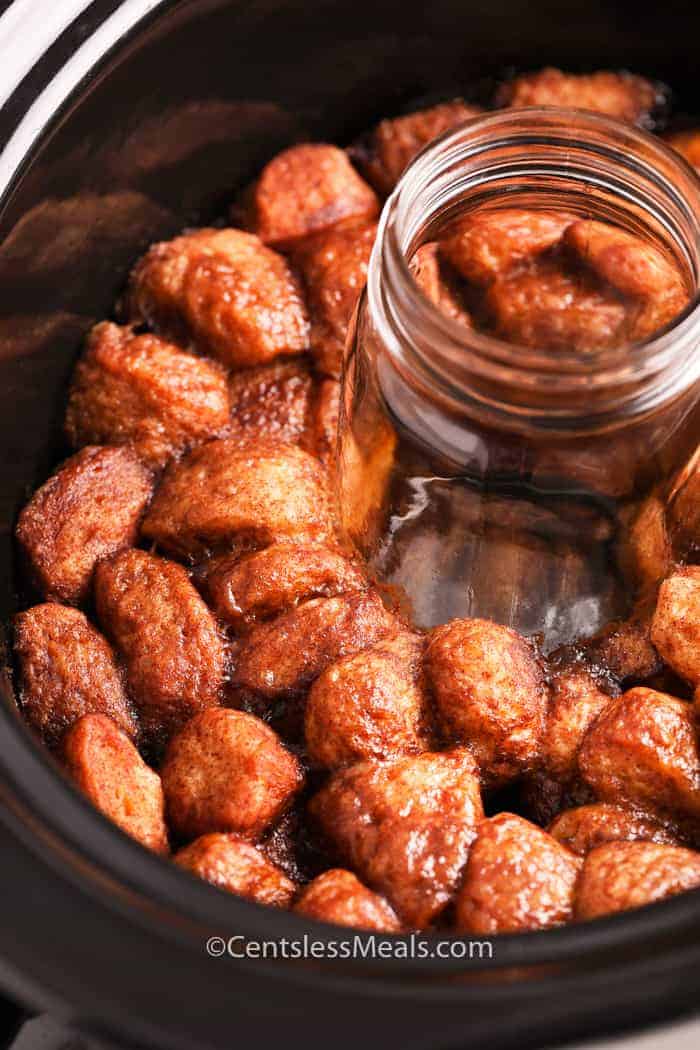 Prepare this all in advance and leave it in the refrigerator. It will keep for a day or two without cooking. Just pull it out and plug it in.

This is great for sleepovers, or perfect for the holidays when guests are over for an early morning breakfast or brunch.

Other Delicious Breakfast Ideas To Try! 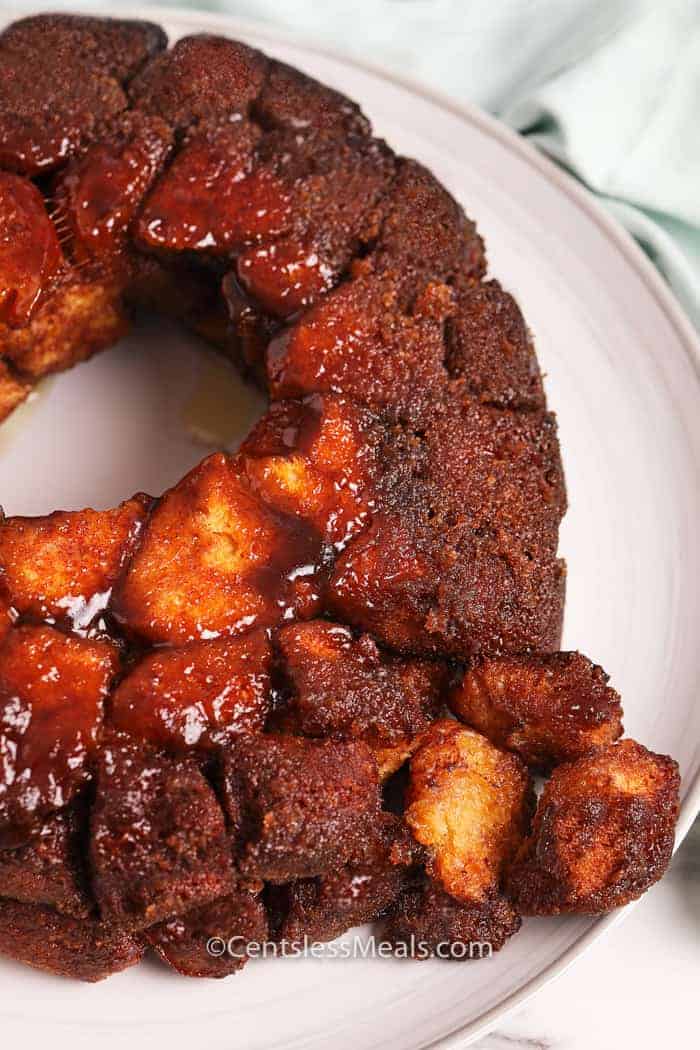 Place a heatproof jar with a bit of water in the center of the crockpot to mimic a bundt pan. This recipe can be made without this step. 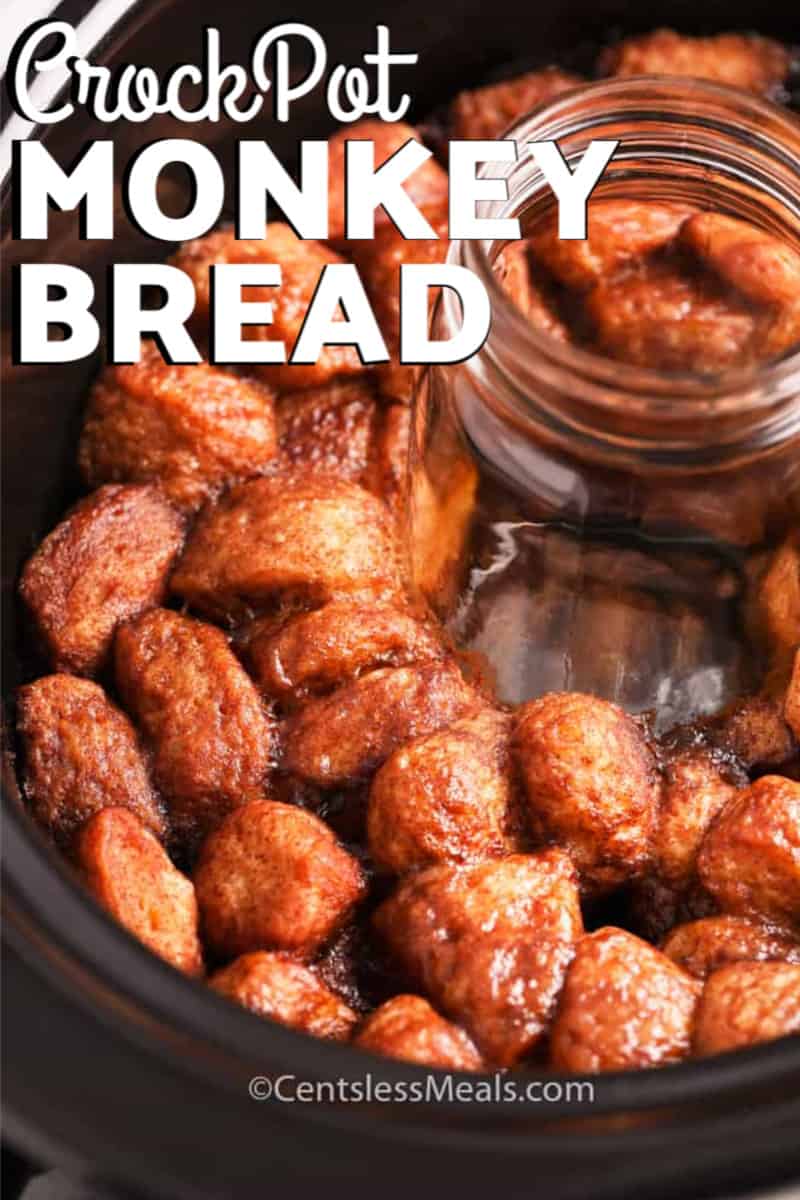