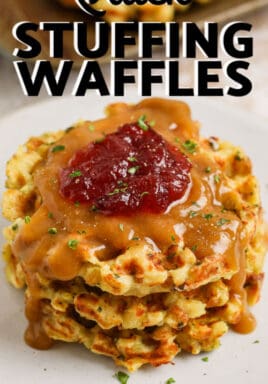 Put that extra box of stuffing leftover after the last holiday meal to good use with this fun and delicious Stuffing Waffles recipe.

Use a box of stuffing or leftover dressing with this easy-to-make and fun waffles recipe. Serve this for breakfast with leftover cranberry sauce, a creamy white gravy, or simple maple syrup. 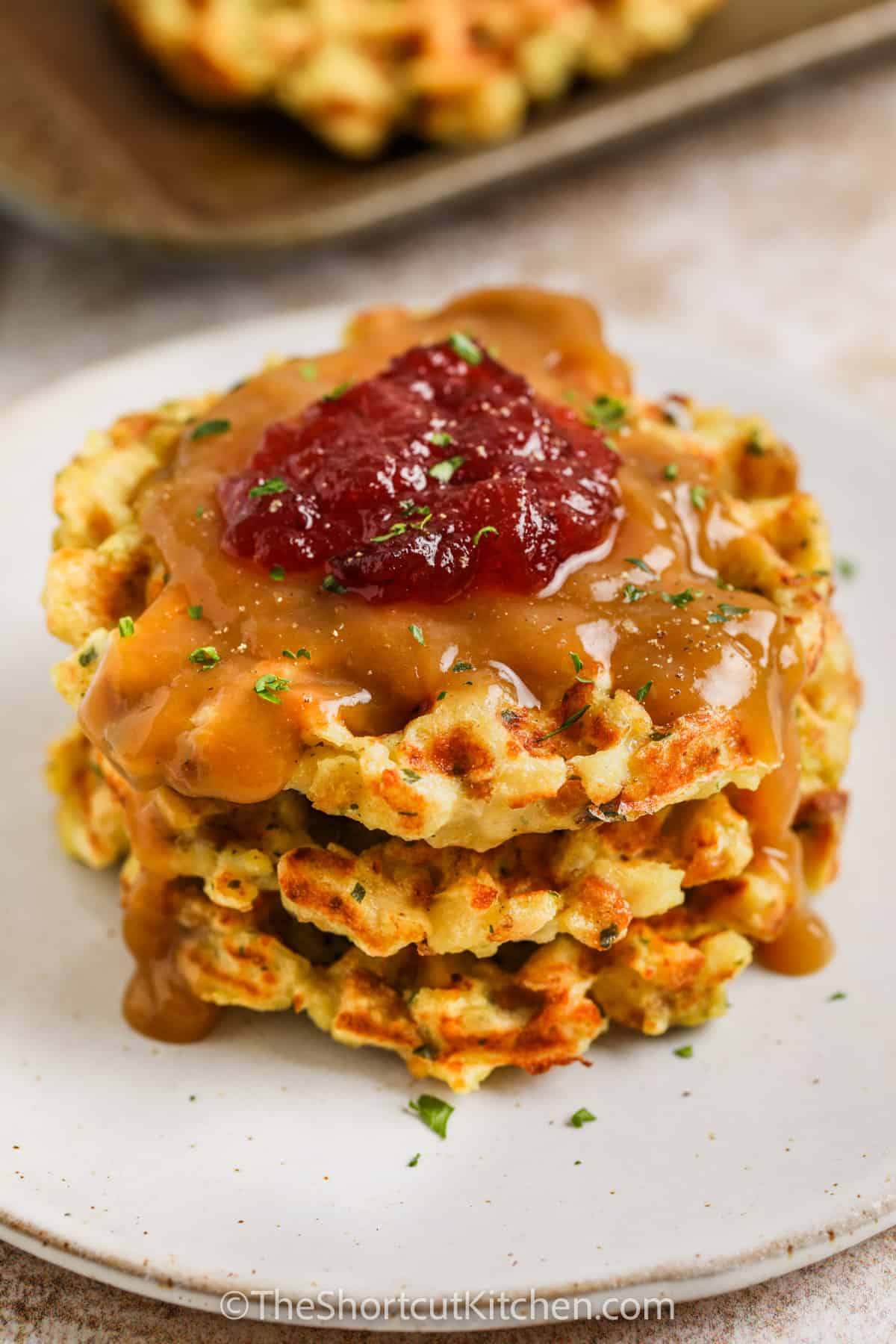 PIN IT to your SIDE DISHES board to SAVE it for later! 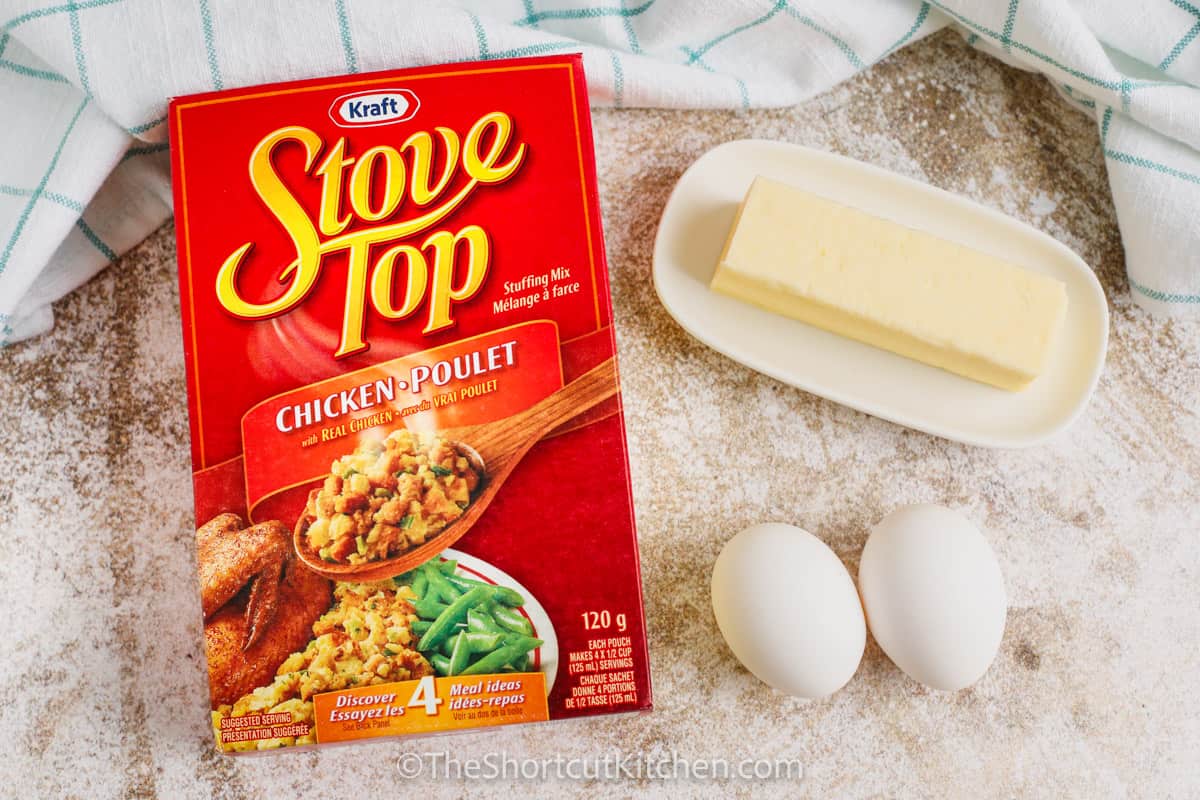 PREPARED STUFFING – There are so many choices for stuffing mix with a variety of flavors – cornbread, gluten-free, sage, pork, and a variety of herb-seasoned. This stuffing needs to be prepared according to the directions on the box (which includes the butter)

EGGS – Crack those eggs and mix them into the stuffing to help bind everything together.

Add chopped sausage or extra vegetables to the stuffing, but be sure they are cut into small pieces and add in moderation. There needs to be enough stuffing to keep the waffle together.

Tired of the same old bread for sandwiches? Use these delicious waffles for a lunch or breakfast sandwich! Or imagine a hot turkey sandwich using these savory waffles instead of bread? So yummy!

How to make Stuffing Waffles

These waffles are so easy! 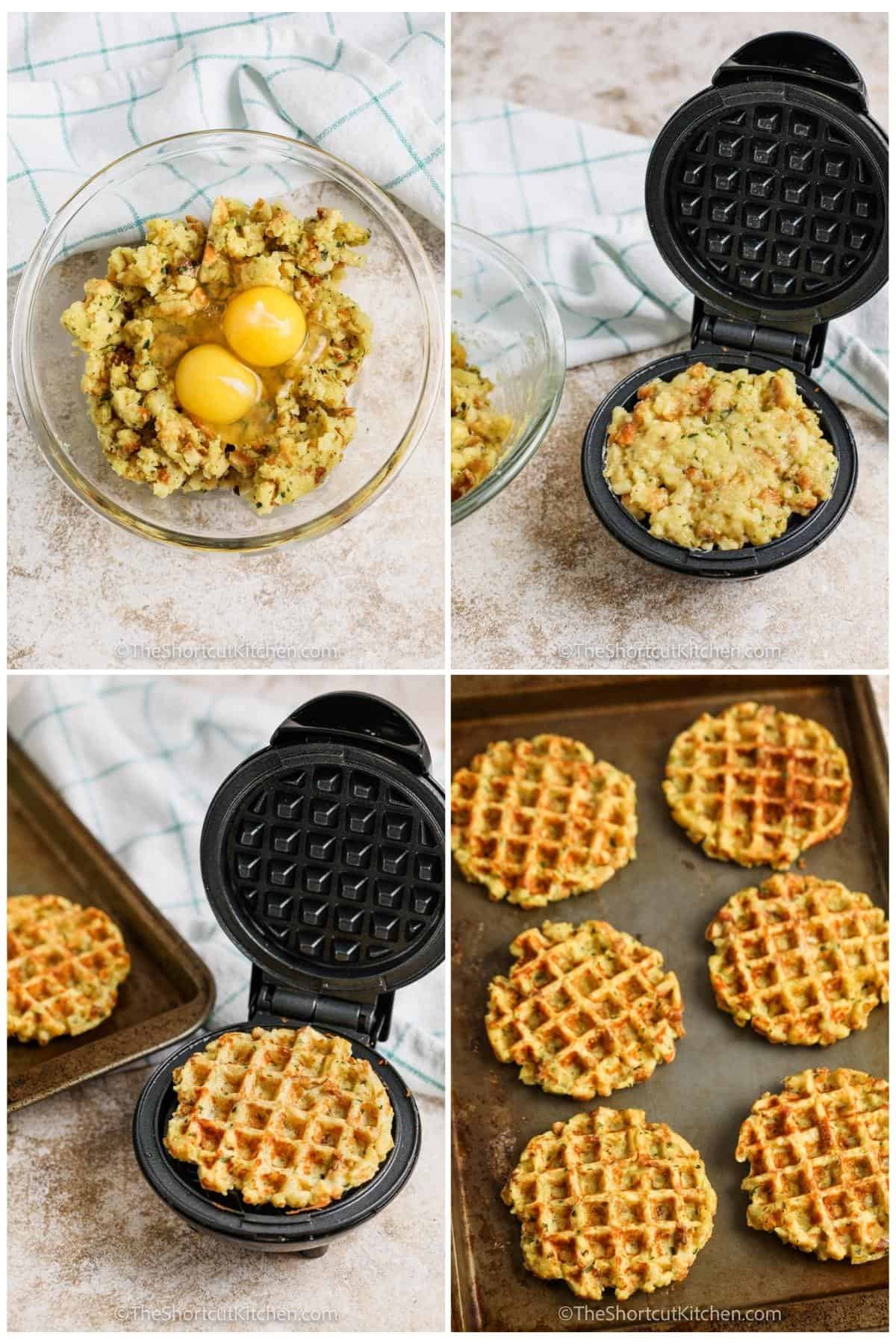 What To Serve With Stuffing Waffles

Serve these stuffing waffles with some Homemade White Gravy, or this easy Easy Apple Cranberry Sauce. Plain apple sauce or maple syrup would also be delicious. For breakfast, they would taste great along with an Egg Frittata, or just a couple fried eggs and bacon or sausage.

Don’t use stuffing that is too chunky or with large pieces of sausage or meat.

Make sure that the waffle iron is preheated before adding the batter. These Stuffing Waffles may take a little longer to cook than a regular waffle would. Try not to peek to see if they are cooked until near the end of the time given in the recipe. If checked too soon, they may come apart.

Stuffing Waffles can be reheated in the toaster, a toaster oven, or in a regular oven. 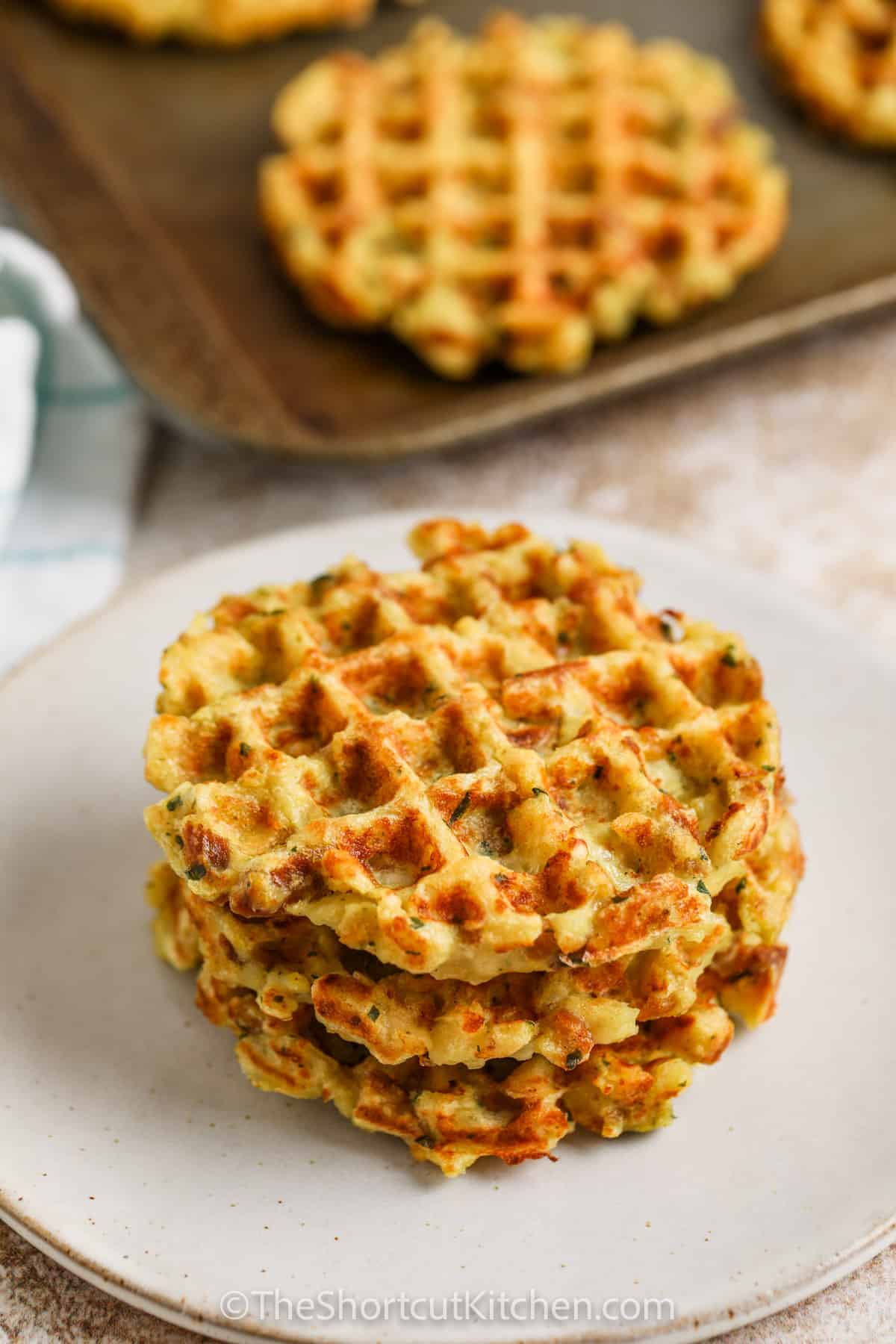 Other Recipes With Stuffing!

Nutrition is calculated without any toppings. Use any flavor stuffing mix.  Waffles can be reheated in the toaster or oven. 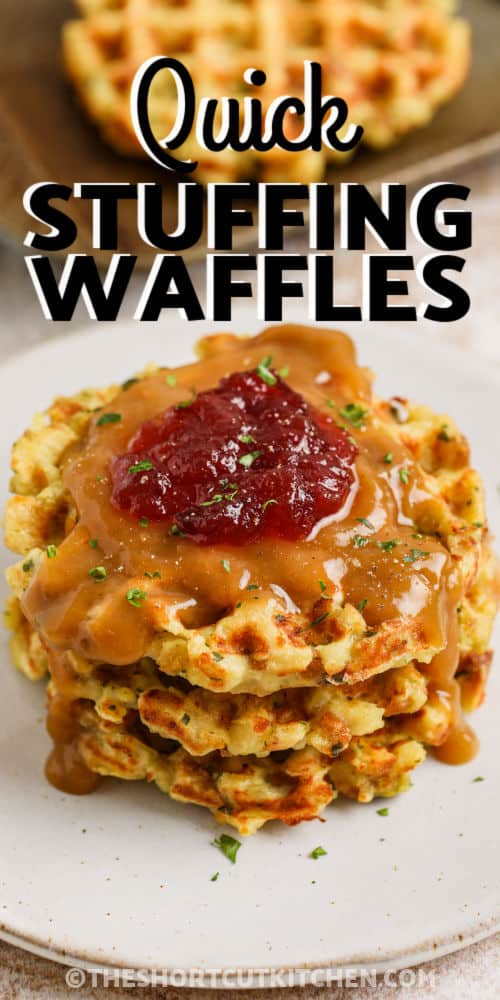 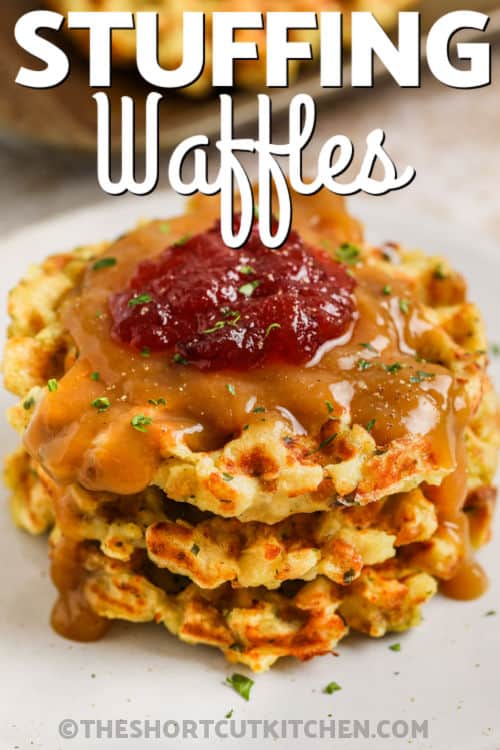