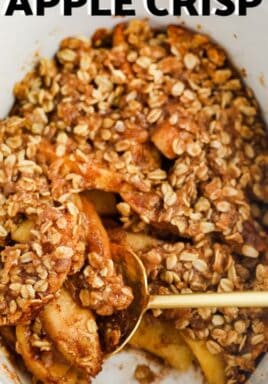 Any time is the perfect time to make a Crock Pot Apple Crisp!

This easy recipe showcases the bright flavor of apples topped with oatmeal, sugar, and a fragrant cinnamon topping. You can just set it and forget it! This Crock Pot Apple Crisp recipe makes a wonderful weeknight surprise or a fun dessert for movie night. Enjoy all the flavors of an autumn harvest with this easy-to-make treat. 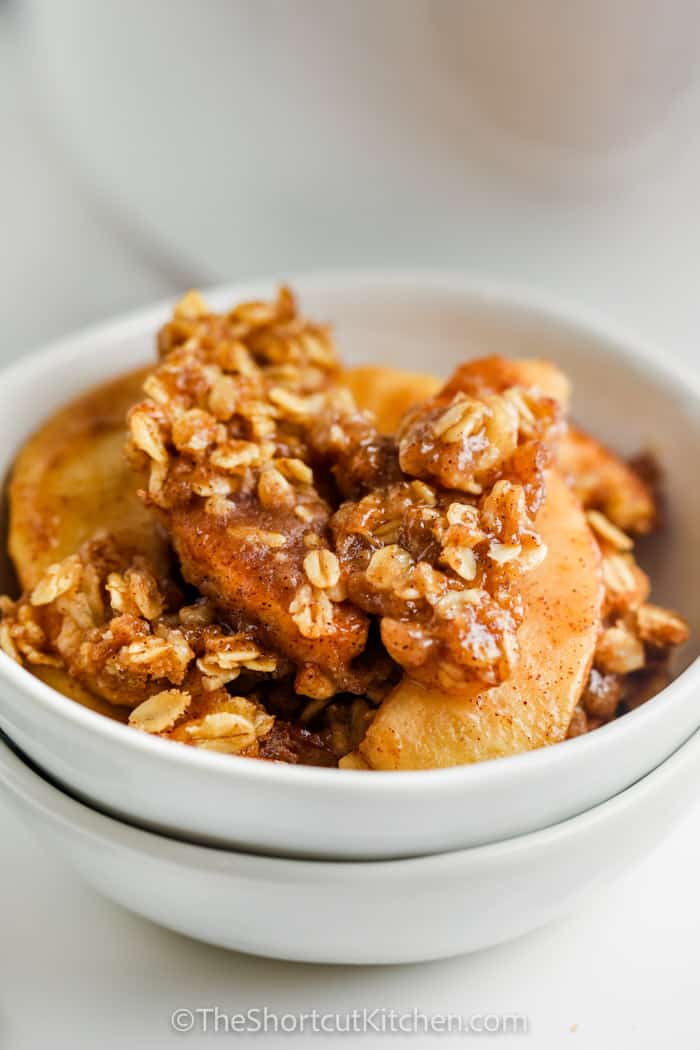 APPLES: Apples are available all year long and this quick dessert can be made in minutes! Apples are tossed in sugar, flour, and cinnamon to create the ideal apple pie filling that tastes sweet and homey. Feel free to add in some fresh chopped rhubarb, for a variation on a theme!

TOPPING: Every fruit crisp has some combination of oats, sugar, butter, flour, and spices. This recipe is super easy to pull together and it has the perfect flavor combination to complement the apple filling. Add finely chopped walnuts or pecans to the topping mix for extra crunch, if desired.

VARIATIONS: Pre-made apple pie spice has a combination of cinnamon, nutmeg, allspice, ginger, and cardamom which will give the dish depth of flavor, so if you have it on hand, feel free to mix it in place of the cinnamon. 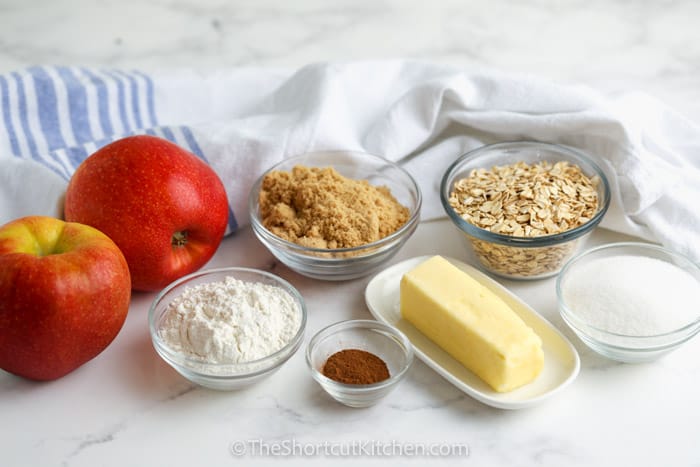 While any variety of apples will do, certain apples produce a different flavor profile and texture.

This is hands down the best topping for any crisp and it can be used on almost anything! It works perfectly to top a fruit cobbler of any kind, or it can be used to top Blueberry Coffee Cake or Cinnamon Apple Bread. It’s super versatile. Try it baked or sprinkled onto a tasty Crustless Pumpkin Pie or use it as the perfect topping for Cinnamon Sugar Muffins. There are endless applications for this crumble topping, so get creative and use it to dress up all your favorite baking recipes! It can even be mixed into yogurt for a breakfast treat. 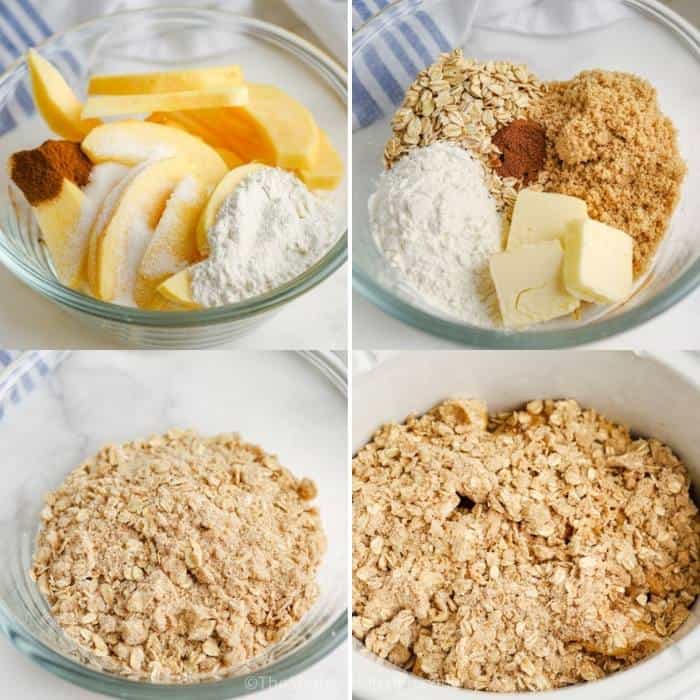 How To Make Apple Crisp in a Crock-Pot

Apple crisp is deliciously easy to make in the slow cooker: 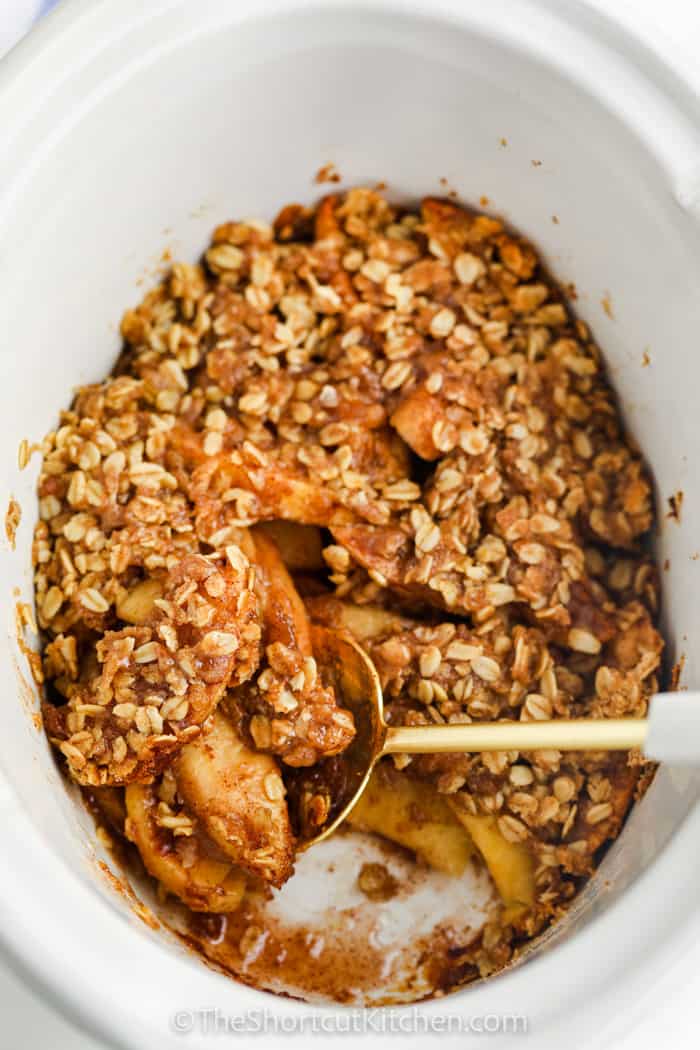 You can use peeled or unpeeled apples, both work great. If using frozen apples, add a bit more cook time. 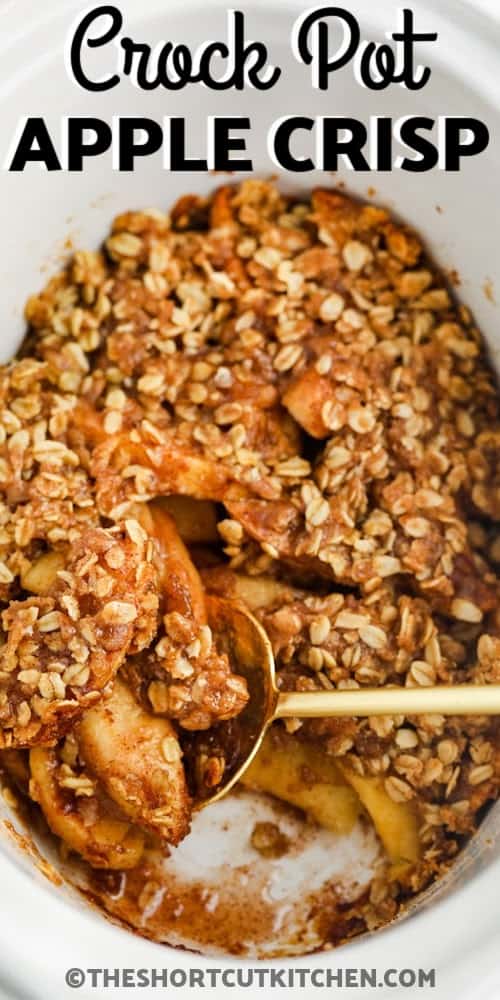 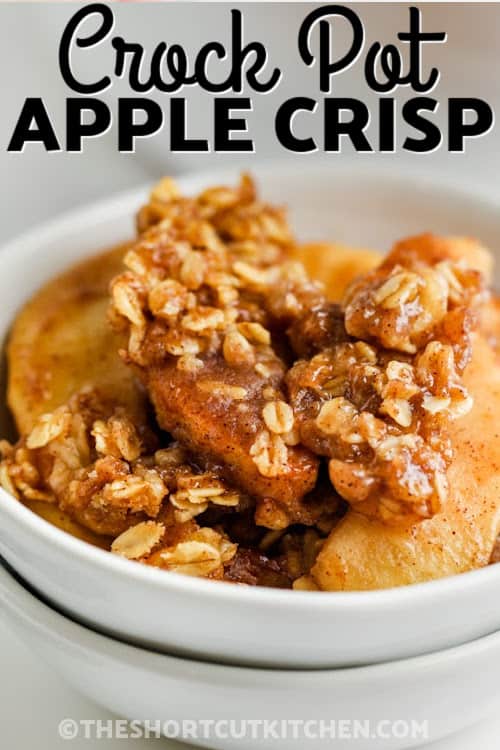