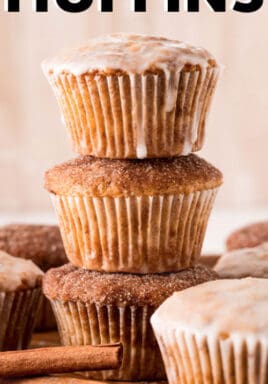 Cinnamon roll muffins are a variation of the popular cinnamon roll donuts that everyone stands in line for early in the morning! Now you can make this recipe in your own kitchen. And with a few tips and tricks, your Cinnamon Sugar Muffins can be bakery quality and will become a family favorite! 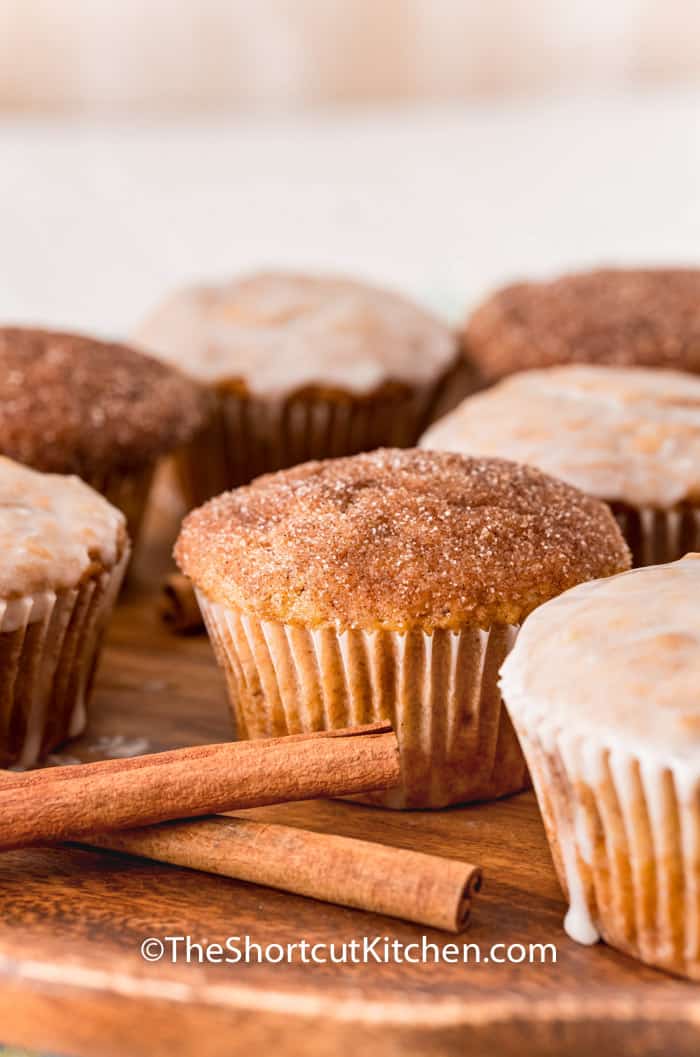 PIN IT your BREAKFAST BOARD to SAVE it for later!

We love Cinnamon Sugar Muffins because they are rich but light and fluffy, with a distinctive tangy buttermilk flavor. And the optional glaze and cinnamon sugar topping makes them perfect to enjoy with a latte, a warm and steamy cup of hot cocoa, or a smoothe. Even a healthy berry banana smoothie bowl goes great with these cinnamon roll muffins! 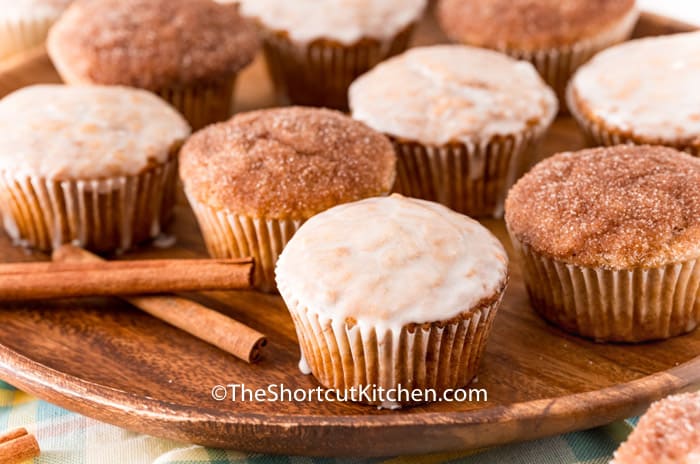 SPICES – Our cinnamon sugar muffin mix is the perfect mixture of sweet and tangy, laced with aromatic spices like nutmeg and cinnamon.

SUGAR – Granulated sugar is great for the muffin recipe, but for the cinnamon sugar sprinkle on the top, superfine sugar will blend better with the cinnamon and butter. If superfine sugar is not available, place sugar in a small bowl and using the back of a spoon, crush the granules. A coffee grinder or small food processor may do the trick, depending on the model. A mortar and pestle will work, too!

VARIATIONS – Even mashed bananas or finely diced apples can be added for a little extra flavor. As a twist, we like to add a tablespoon or two of pumpkin puree along with some pumpkin spice mix for a little festive flaire.

How Do You Make Cinnamon Muffins from Scratch?

Cinnamon Sugar Muffins are so easy to make right in your own kitchen.

Optional: Brush tops of muffins with melted butter and dip them in cinnamon sugar and serve immediately. 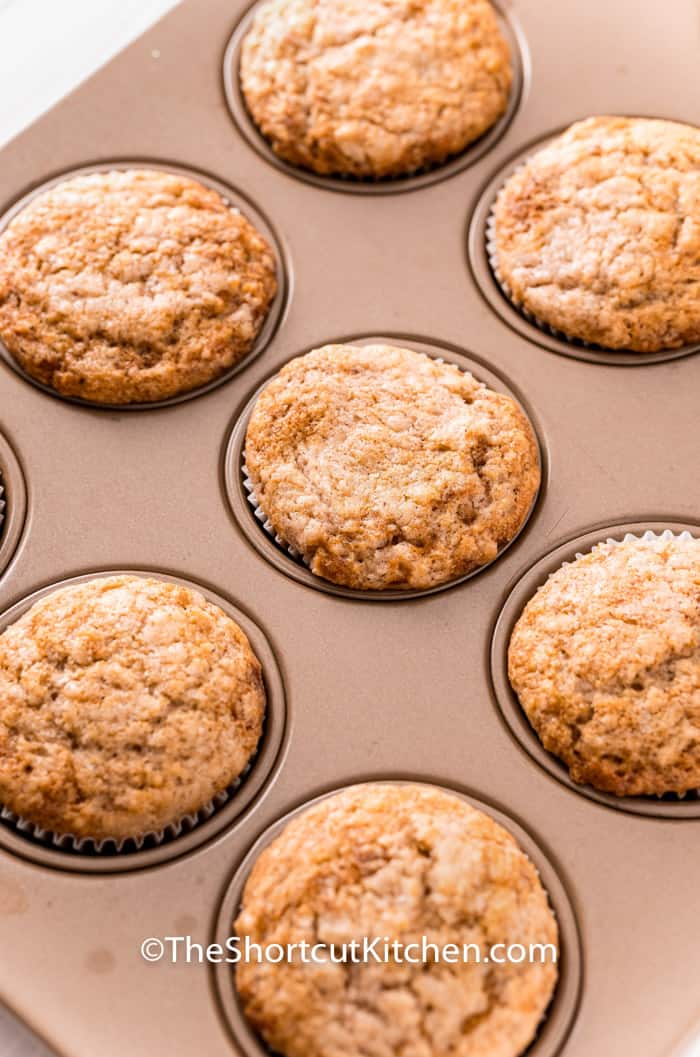 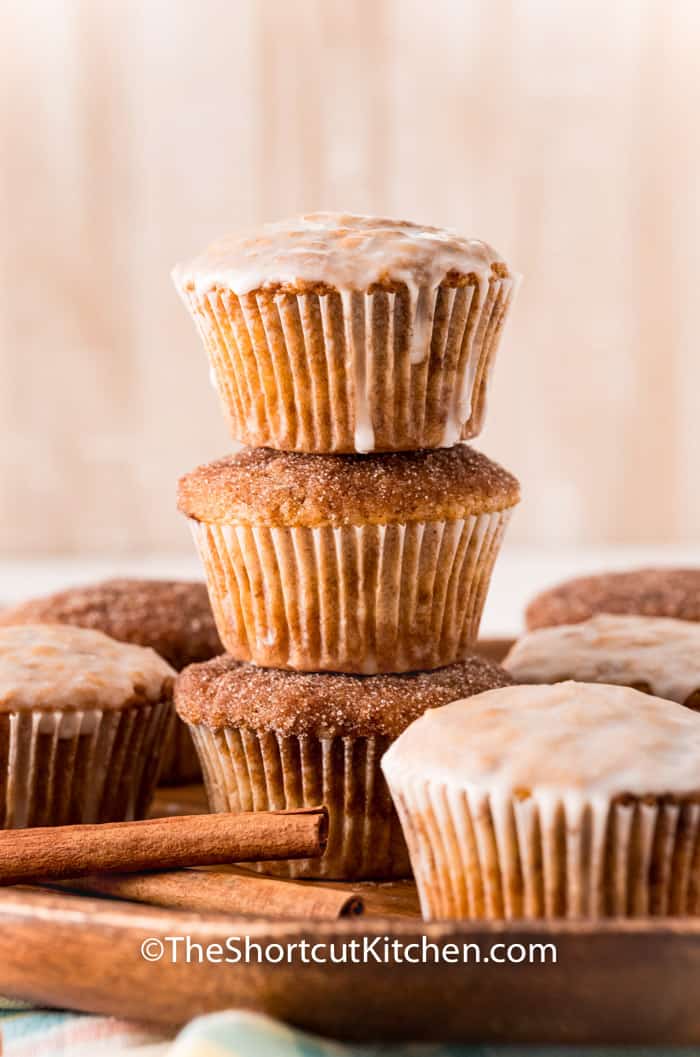 How To Store Cinnamon Sugar Muffins

Keep muffins in a zippered bag at room temperature with a slice of bread in the bag to absorb excess moisture. They will last about 5 days. Wrap in plastic wrap and pop into a backpack or briefcase for an early breakfast or a mid-morning snack! Or place in a freezer bag and freeze for up to 3 months.

Other Easy Muffin Recipes To Try! 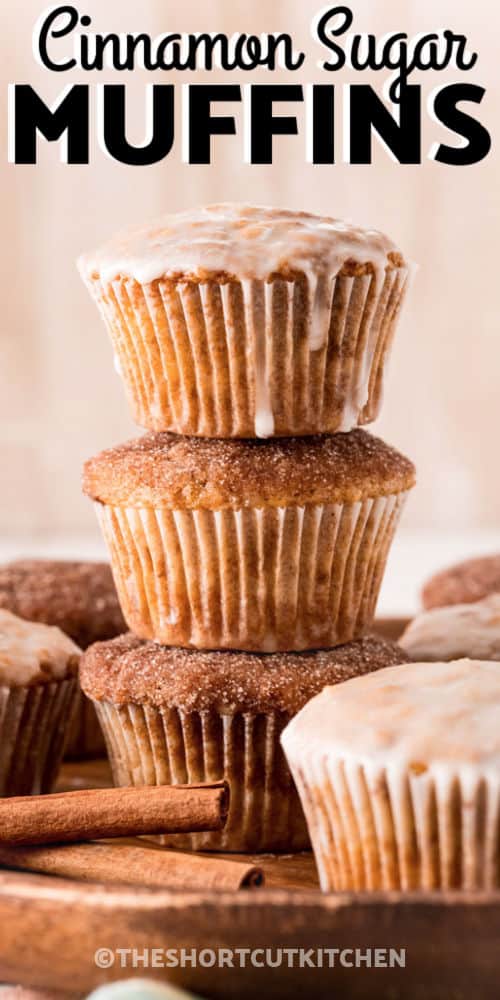 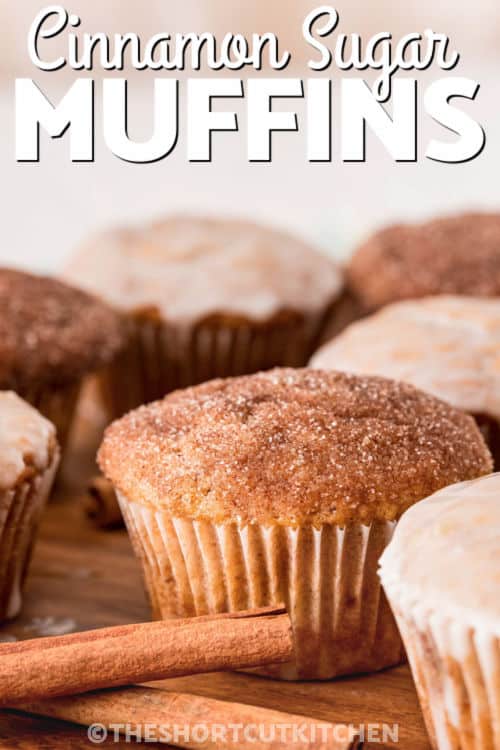