Cinnamon French Toast Sticks are a fun and tasty twist on the classic french toast recipe! Just a few ingredients and less than 30 minutes before you’re dipping these warm golden sugary sticks in maple syrup.

These are a delicious breakfast treat many of us grew up with as kids. If you love french toast strips, you are going to love starting your day with this French toast bake and Grand Marnier French toast! 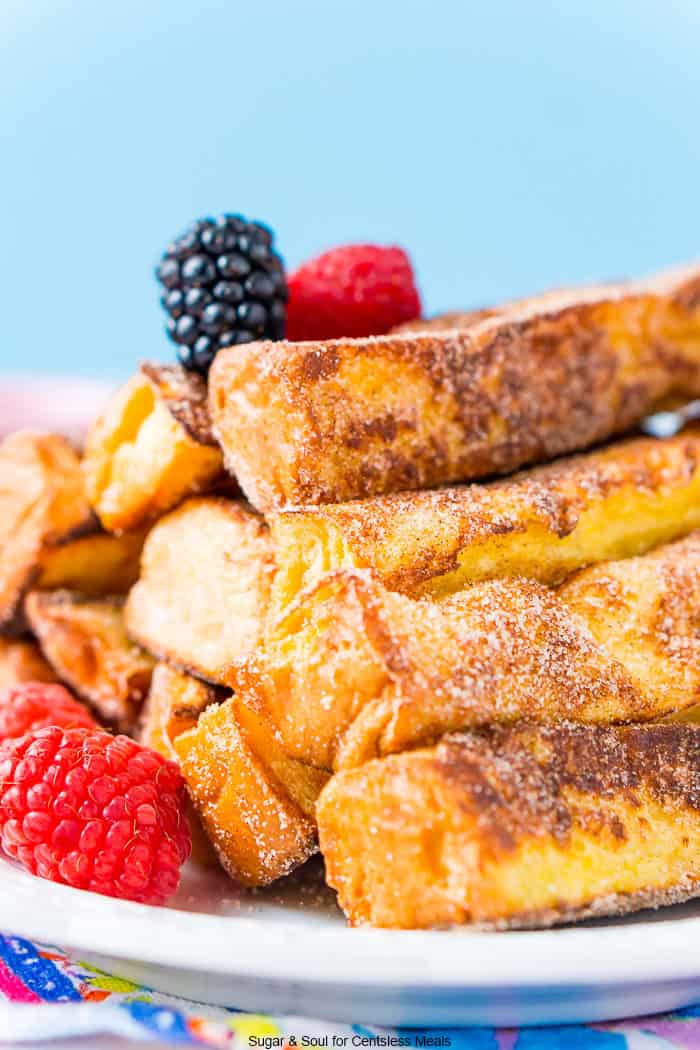 Pin it to your BREAKFAST BOARD to save it for later!

What Are French Toast Sticks?

French Toast Sticks are exactly what they sound like. They’re bread that has been sliced into sticks that are then prepared in the same way you would make traditional French toast. But they make for the perfect hand-held breakfast!

BREAD Thick-cut bread works best for this recipe. My favorite is brioche, but this recipe is delicious with standard white bread as well!

SPICES Rolled in cinnamon sugar these french toast strips are perfectly sweet! For a fun change, you can mix in nutmeg, apple pie spice, some ginger for a kick. Or in the fall, try adding pumpkin pie spice!

DIP While serving with a dipping sauce is totally optional there is nothing better than dunking these in a bowl of maple syrup. Try drizzling with a powdered sugar glaze, or serving with a side of chocolate sauce too! 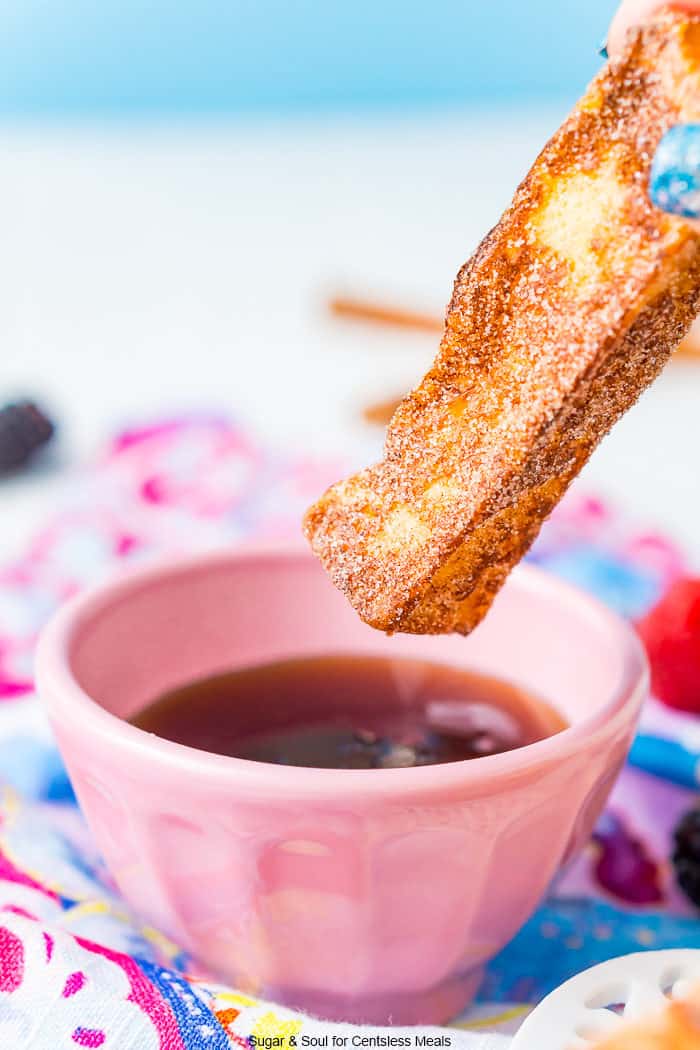 How To Make French Toast Sticks

These cinnamon French toast sticks are always a hit and require minimal ingredients that I always have on hand!

Before serving, roll the cooked sticks in the cinnamon-sugar mixture and serve with syrup or icing. 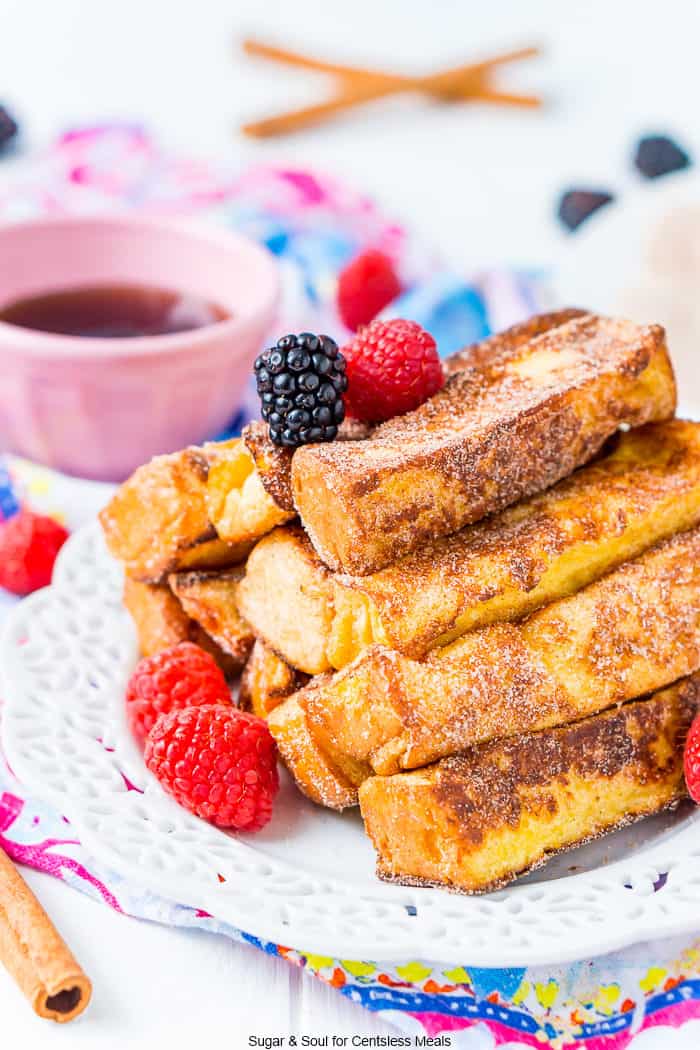 How Many Sticks In A Serving?

How many sticks in a serving will depend on how thin you decide to cut your bread. We like to cut each slice into 3 sticks (crusts removed).

So for each serving, it is the equivalent to two slices of bread or 6 yummy cinnamon toast sticks!

How To Keep Them Warm

Need to prepare a bunch of homemade French toast sticks? Preheat the oven to 200˚F and line a baking sheet with parchment paper.

As they are ready, place cooked sticks on the pan to keep them warm until serving. Be sure to roll them in cinnamon sugar before popping in the oven to keep warm!

Cinnamon Roll French Toast Casserole – made with a surprise ingredient! 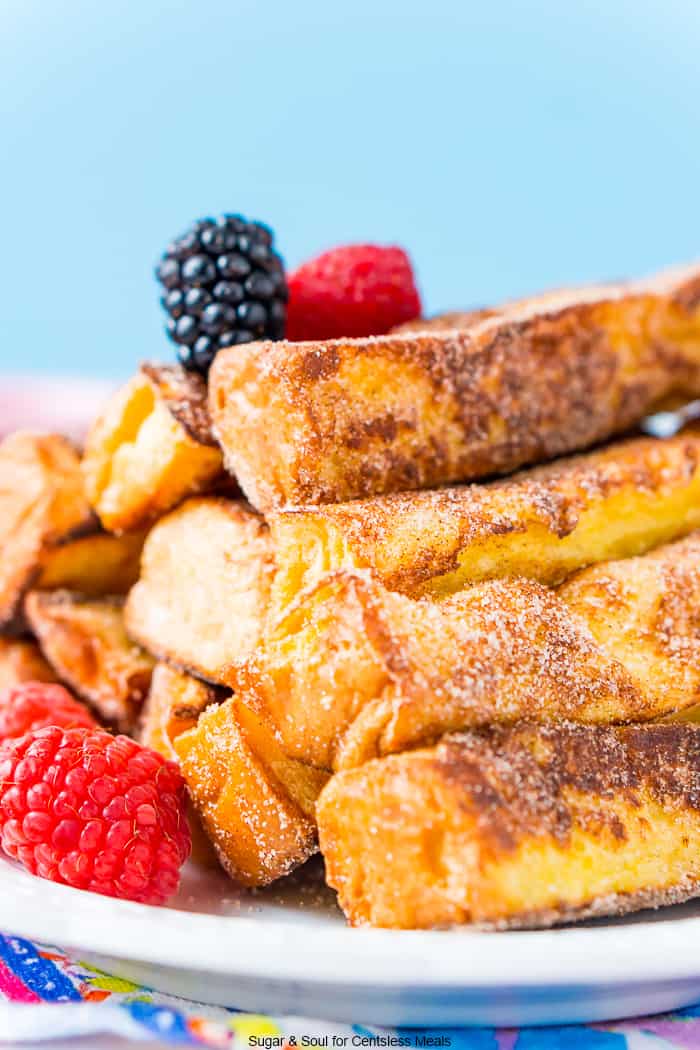 No ratings yet
Rate Recipe 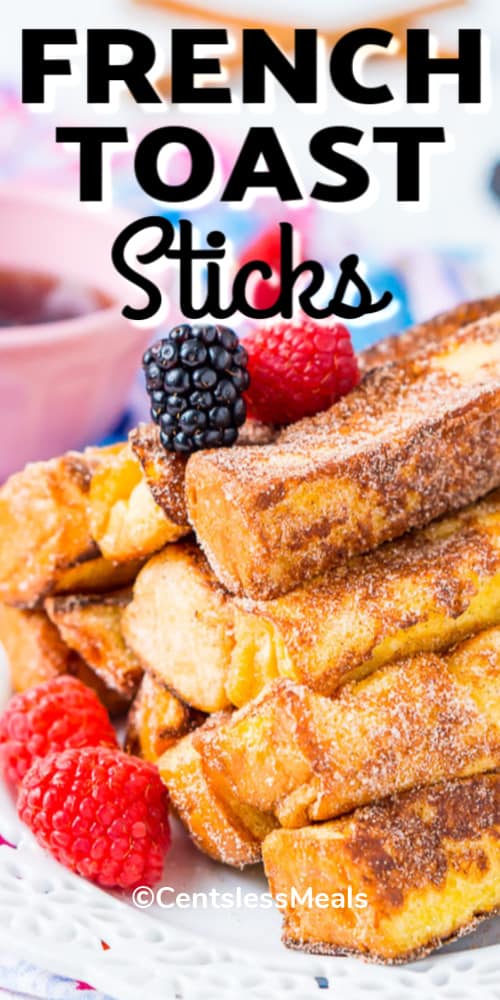 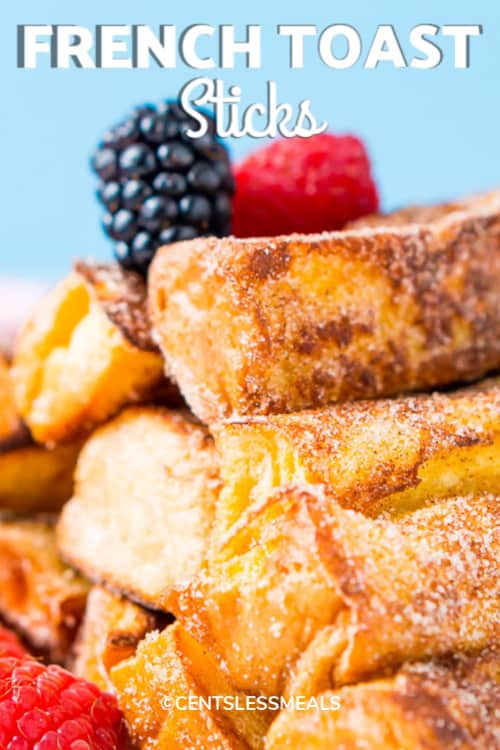