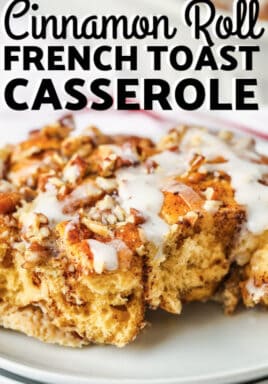 This Cinnamon Roll French Toast Casserole is an easy morning recipe that bakes in just a half-hour!

Cinnamon Roll French Toast Bake is perfect for Christmas or a Sunday brunch! Prep the cinnamon rolls overnight in the casserole dish, and in the morning, pour the premade egg mixture over the top. Then just bake, and wait for everyone to run to the table! 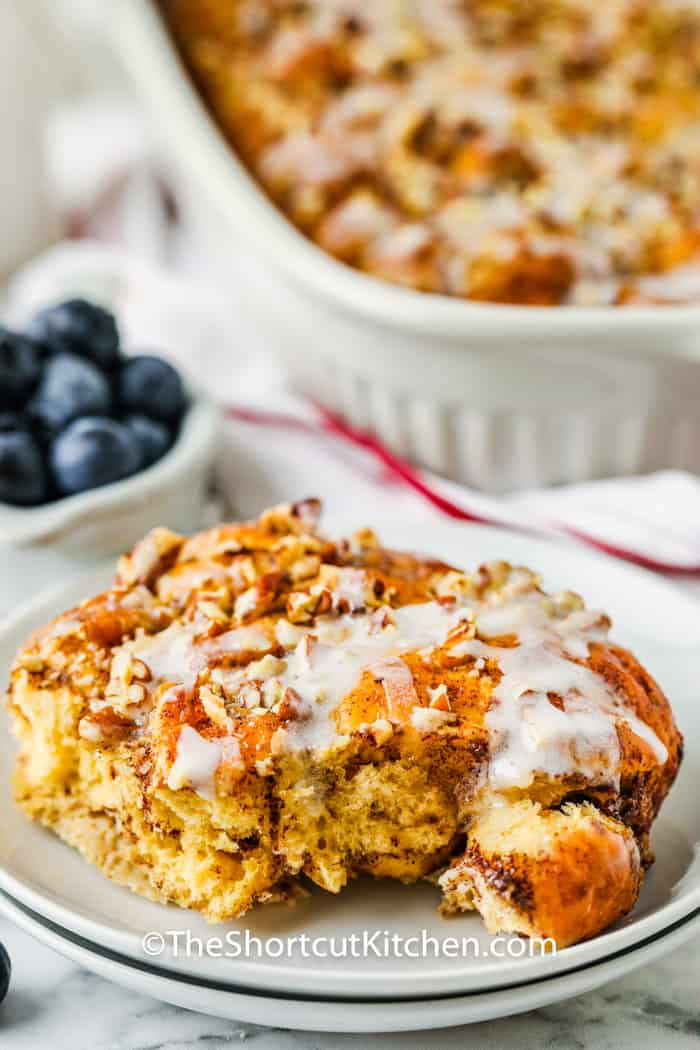 PIN IT to your BREAKFAST BOARD to SAVE it for later!

What Is A Cinnamon Roll French Toast Bake?

No need to buy special bread, or to dip bread slices into a mixture. Open up a can of Pillsbury refrigerated cinnamon rolls and top with a sweet and creamy French toast mixture. Bake it and serve it—it’s really that simple! Serve with warmed maple syrup, freshly whipped cream, and some chocolate covered strawberries or fruit kabobs. A hot peppermint mocha latte goes nicely, too.

CINNAMON ROLLS  – This recipe calls for refrigerated cinnamon rolls, the kind you can find in a can. Use Pillsbury or any other brand.

EGGS – This is the French Toast part of the casserole. Eggs make it all come together into a light and fluffy breakfast treat.

CINNABON COFFEE CREAMER – If it’s too hard to find, use any type of cinnamon or vanilla creamer with some light seasonings.

TOPPING – A handful of pecans for the topping get toasty and add the perfect cinnamon bun crunch.. 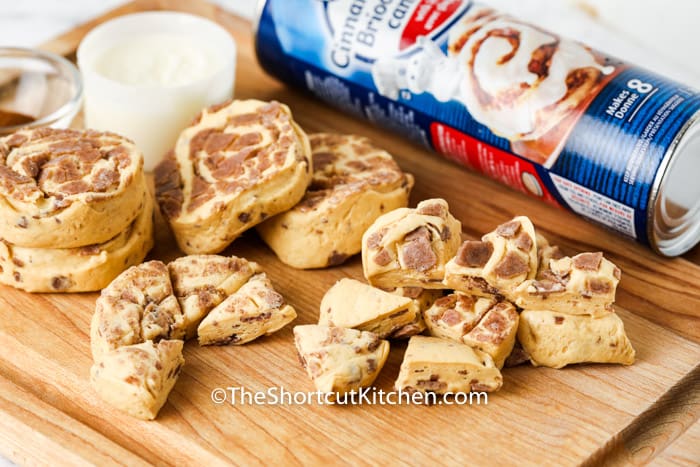 How To Make It?

We love that this recipe is so easy to make on its own! 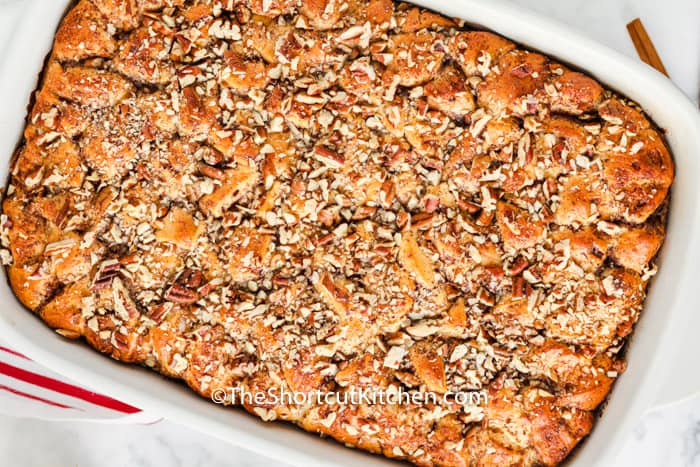 How To Store Leftovers

Once the casserole is completely cooled, cut into sections, wrap in plastic wrap, and seal in quart-sized freezer bags. Freeze for up to 8 weeks and thaw in the refrigerator. Reheat in the microwave, toaster oven, or under the broiler. 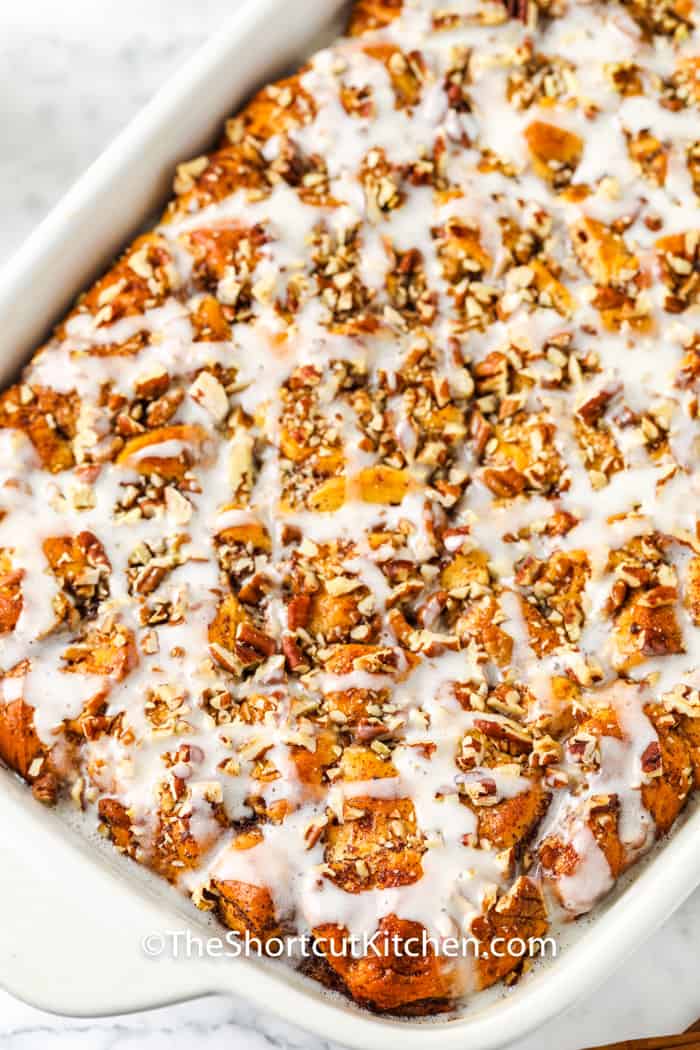 Other Breakfast Recipes To Try! 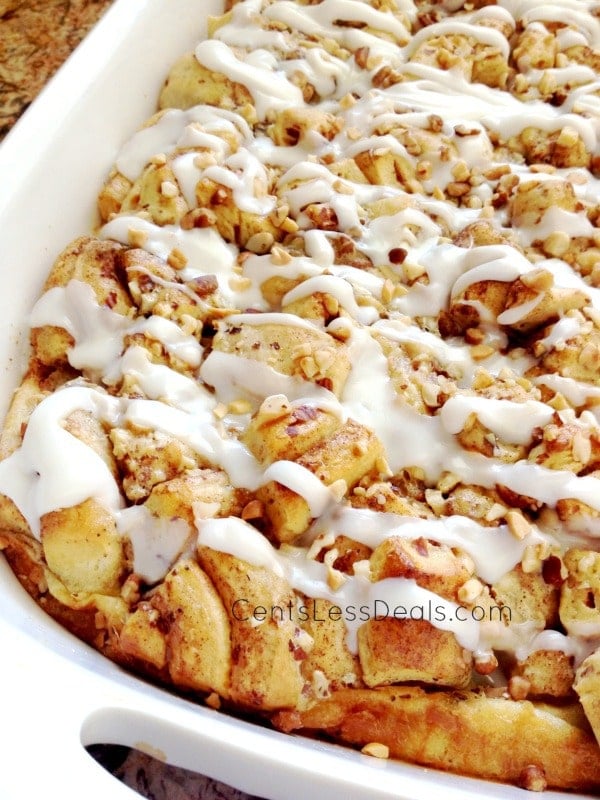 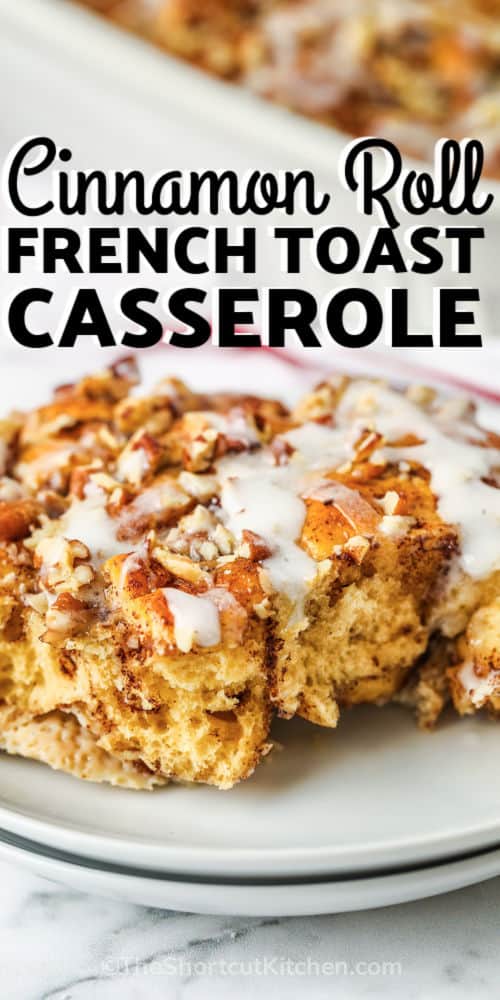 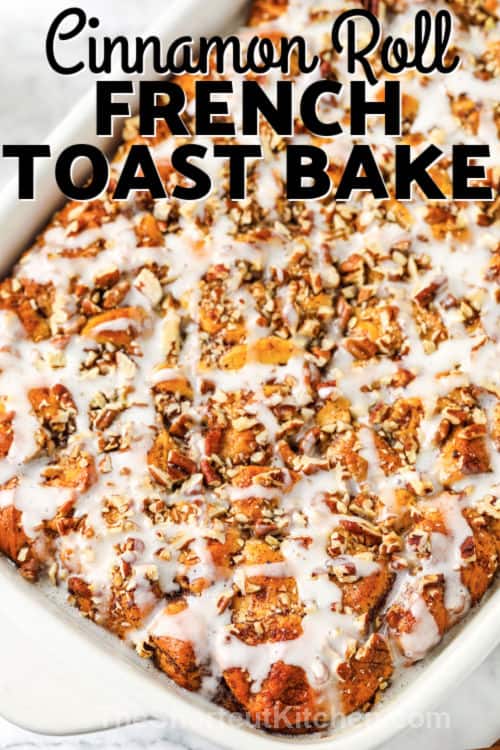 This recipe was adapted from Oh My Sugar High