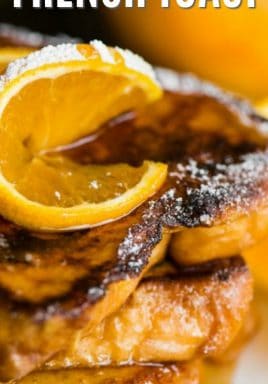 Grand Marnier French Toast is a decadent breakfast that combines soft brioche bread with a delicious orange liqueur for the best french toast! Not only is this a super easy recipe, but it’s one that your entire family will love. 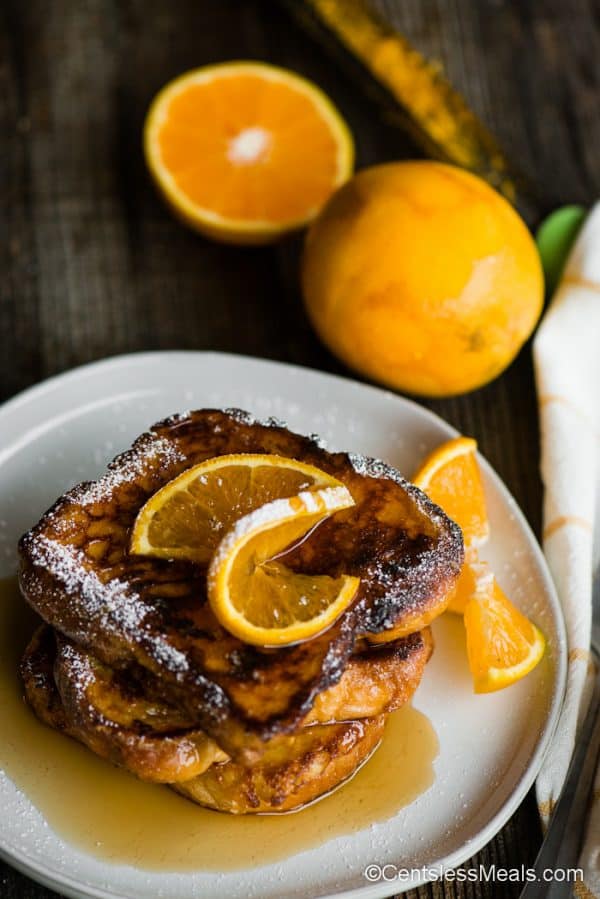 Pin it to your BREAKFAST BOARD to SAVE it for later!

French toast is one of the best breakfast recipes. It’s right up there with monkey bread and biscuits and gravy. There are so many delicious ways to make French toast, but aside from a homemade French Toast Bake or Cinnamon Roll French Toast Casserole, this Grand Marnier version is my absolute favorite.

What is French Toast?

French toast is simply bread that is soaked in a liquid mixture and then cooked on a griddle. The mixture most often contains eggs, milk, and other ingredients like vanilla or cinnamon.

I used to make French toast with milk, but have since switched to using heavy cream because it tastes a lot better and makes the overall breakfast taste much more rich.

For this French toast recipe, I didn’t add vanilla but instead used Grand Marnier and added orange zest to really increase that citrus flavor. 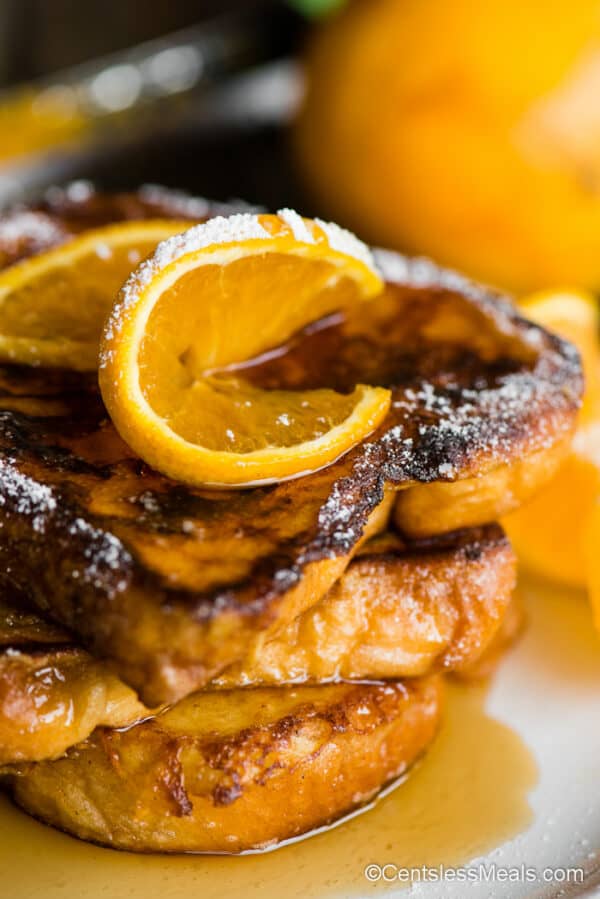 How to Make French Toast:

Making French toast is about as easy as it gets. I’m generally a pancake girl, but when I really want to make a special breakfast, we have homemade French toast.

The process is simple. Just make the soak by combining the eggs, heavy cream, Grand Marnier, cinnamon and orange zest. No need to over mix this soak solution. Just mix it enough so that the egg is well incorporated.

I prefer to use a flat bottom container so that the bread gets evenly coated. I find that a square or rectangle shaped storage container works best.

The longer you soak the bread, the more it will absorb the liquid, which is what you want. Soak the bread as long as you can but be sure that it doesn’t absorb so much liquid that it falls apart. As you transfer the bread to the hot butter covered griddle, be sure to shake off as much of the liquid as you can.

Grill your French toast on both sides until it is golden brown and serve it up hot! 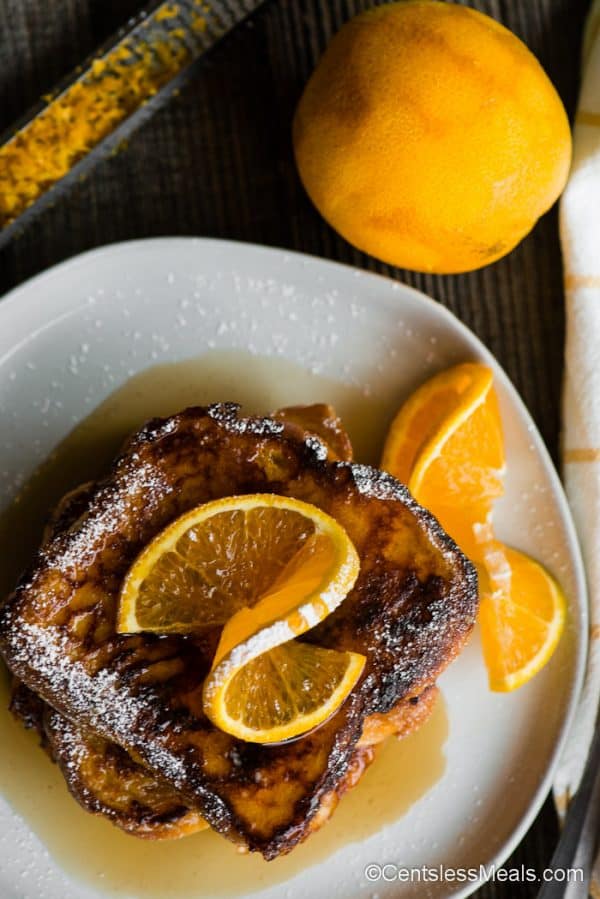 What kind of bread is best for French toast?

I think Brioche makes the absolute best French toast, with challah being a close second.

Realistically, you can use any type of bread to make French toast, but the sweeter and softer the bread, the better your French toast. In a pinch, I’ve used typical sandwich bread or even an almost stale loaf of French bread. As long as you have a decadent and tasty soak solution and allow the bread to soak long enough, it will turn out good!

Other Super Breakfast Ideas to Try: 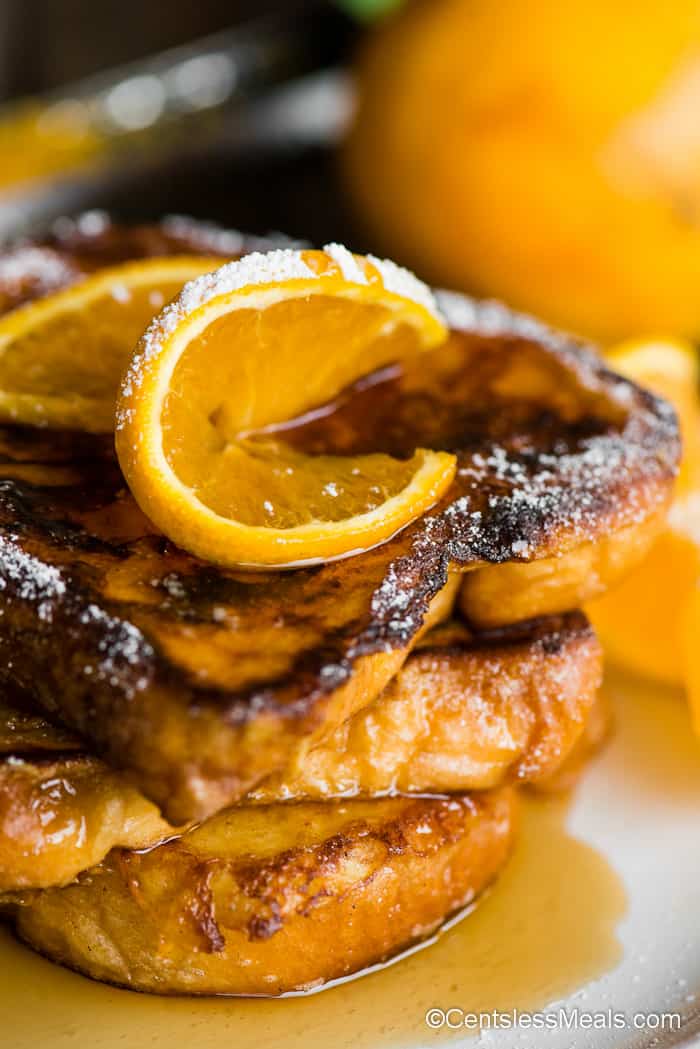