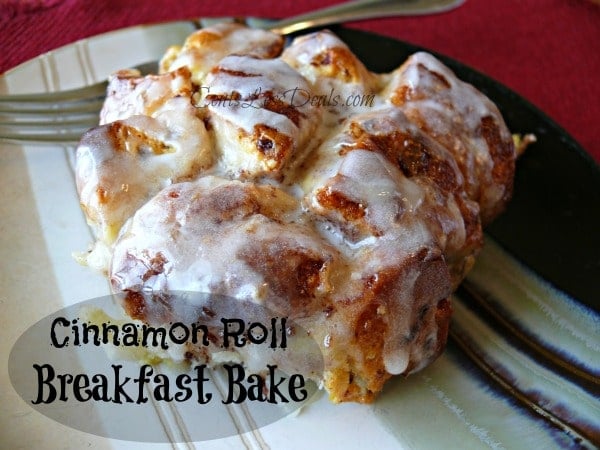 Like this recipe? “Pin it” to save it by clicking the photo above!!

Be sure to follow CentsLessDeals on Pinterest and check out our other great recipes while you’re here!

Are you looking for a super easy breakfast dish you can throw together quickly but is still really yummy? You’ve definitely found the right recipe!! I’m not a big fan of sweet foods in the morning, but I could gobble this up like it was my job 😉 This would make a great Christmas morning breakfast!! Be sure to pin it so you have the recipe when you’re ready to make it!