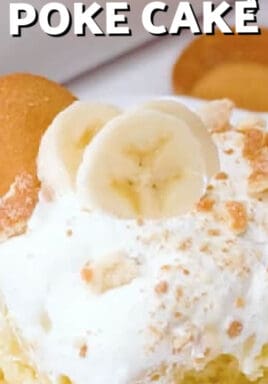 This fluffy and moist Banana Pudding Poke Cake is sure to become a favorite recipe.

In this simple recipe, a soft fluffy yellow cake is topped with creamy banana pudding, whipped topping, and ‘Nilla wafers. This cake is so easy to make and easy to modify for a sweet and delicious dessert that the whole family will love. 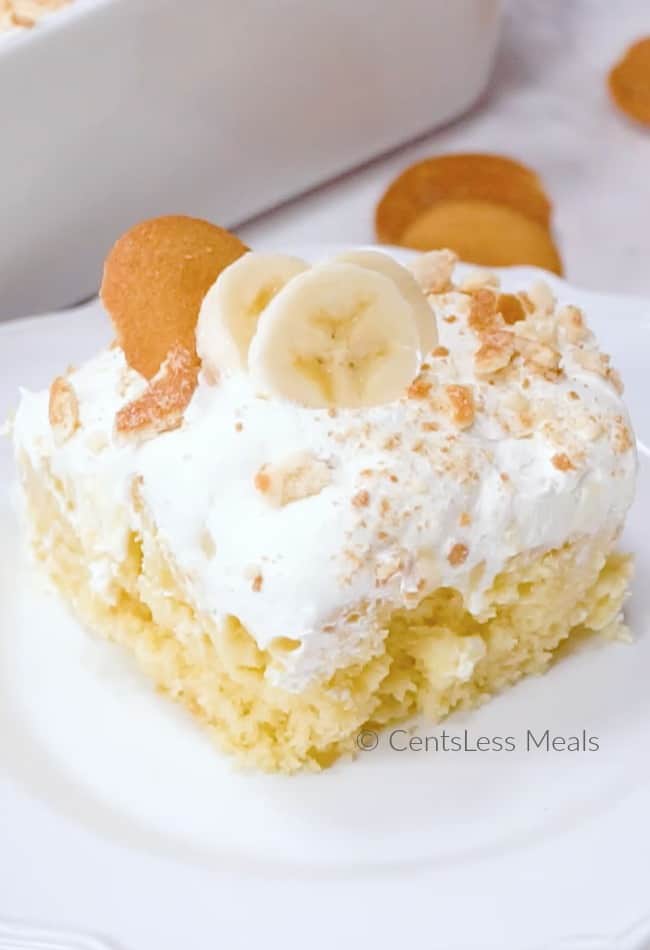 CAKE MIX To make this recipe extra easy and fast, start with a boxed yellow cake mix or any flavor of cake mix. Although a favorite homemade cake from scratch can certainly be used in this recipe!

PUDDING Two packages of banana pudding mix will give this cake that creamy texture and banana flavoring. A can of sweetened condensed can also be added to the cake. Just drizzle it over before adding the pudding.

WAFERS Nilla wafers are round sweet cookies sold at most grocery stores. Crumble them and sprinkle the crumbs over the top of the cake.

TOPPING To make it easy use whipped topping (such as Cool Whip) or whip up some homemade whipped cream with some heavy cream.

If the cake is to be topped with fresh banana slices, toss them in a little bit of lemon juice to keep them from browning and add them just before serving.

VARIATIONS Replace the banana pudding with any pudding of choice – chocolate, or vanilla. Just make sure that they are instant pudding mix. To give it a Southern flair add some strawberries. Or sprinkle the top with some shredded coconut. 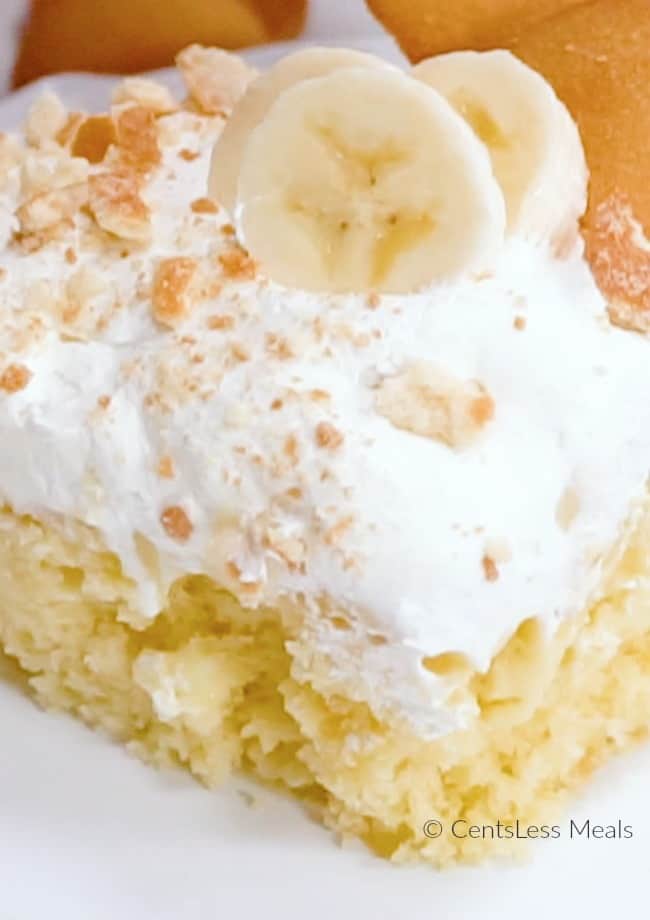 This quick and easy poke cake is so fluffy and moist.

For the best flavor refrigerate before serving. 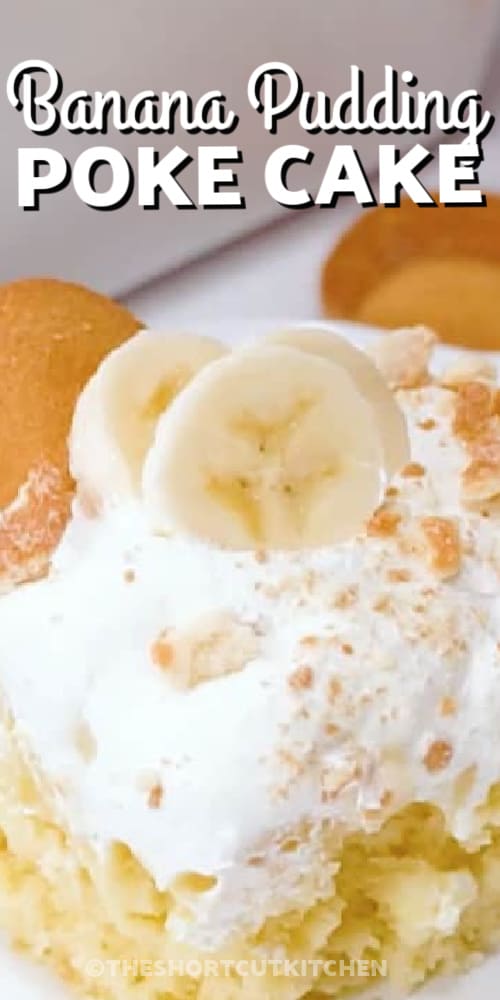 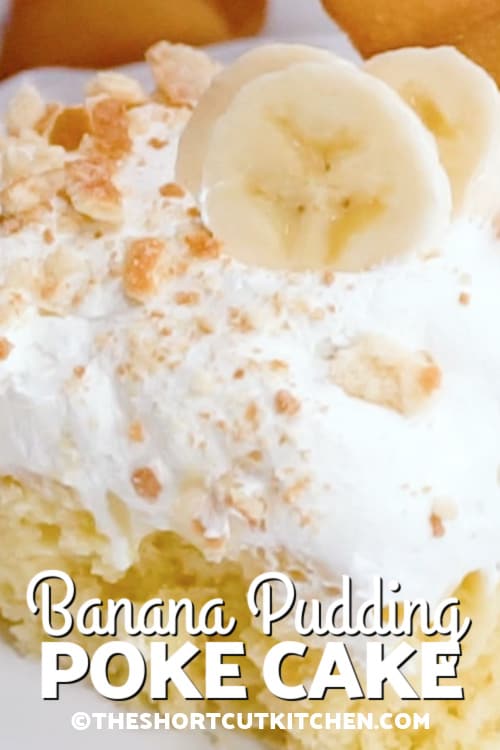 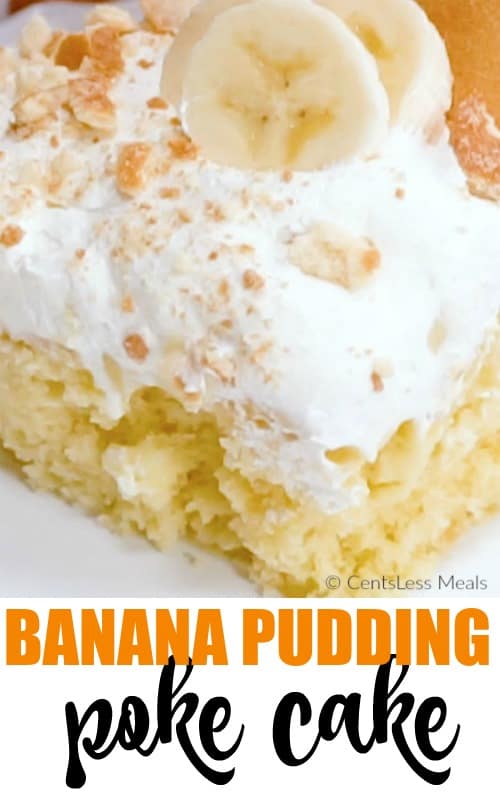