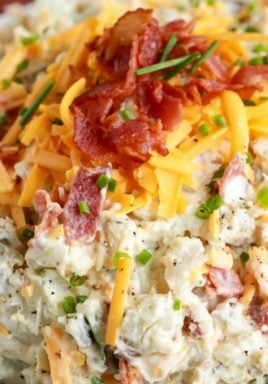 Loaded Baked Potato Salad is always the first thing gone around here! Fresh baked potatoes are cooled and tossed with bacon, cheese, sour cream, and green onion to give you a potato salad like no other. 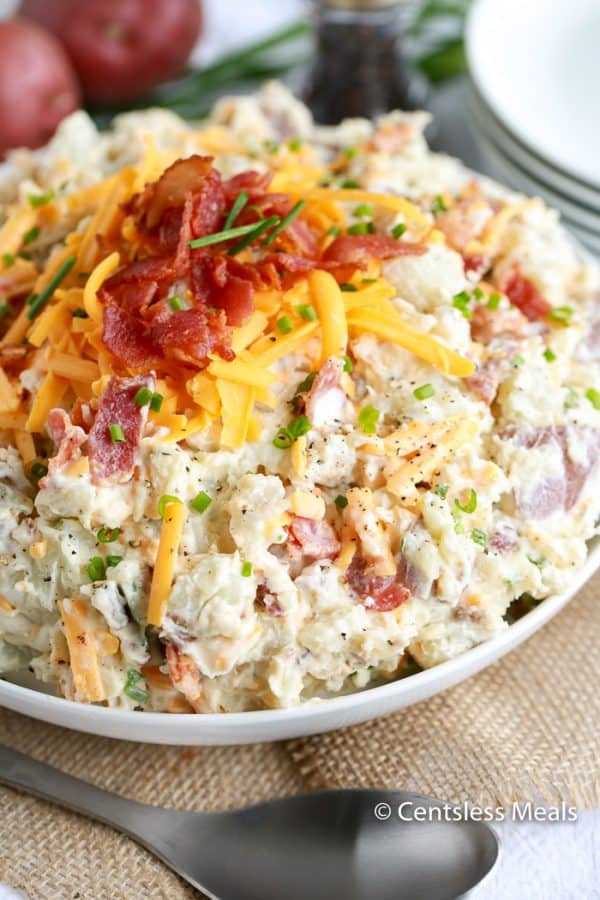 Loaded baked potato salad is so much lighter in flavor than classic potato salad because the dressing is sour cream based rather than just mayonnaise based. If you want to keep it even healthier, opt for low fat sour cream.

How To Make Potato Salad 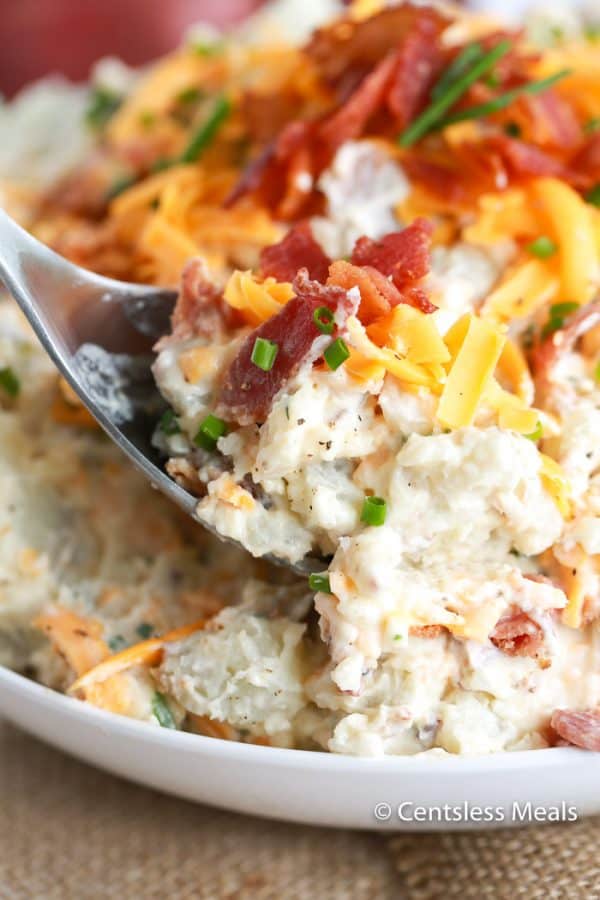 Once your potatoes are cooled, toss everything together. Serve your salad at room temperature, or chill it for a couple hours for the perfect cold loaded baked potato salad! 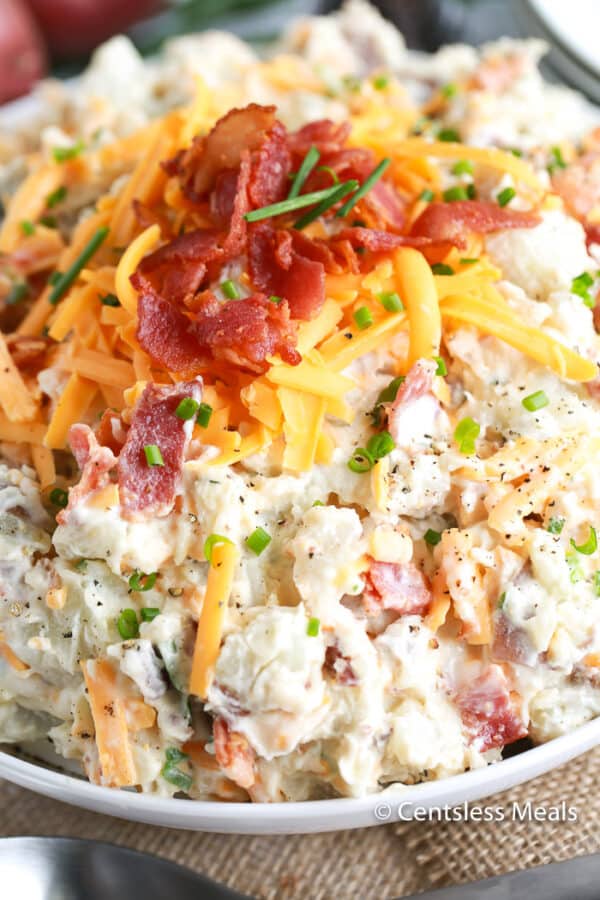 Can You Freeze Potato Salad

Potato salad doesn’t freeze well, I have tried and failed. When frozen, potatoes can develop a grainy texture, due to the starches found in them. It is best to store your potato salad in the fridge until you enjoy it! Mayo based potato salad lasts about 5 days in the fridge, and you can expect about the same from this baked potato salad due to the bacon found in it. This is the perfect time frame if you plan to make it ahead of time for a potluck or barbecue! 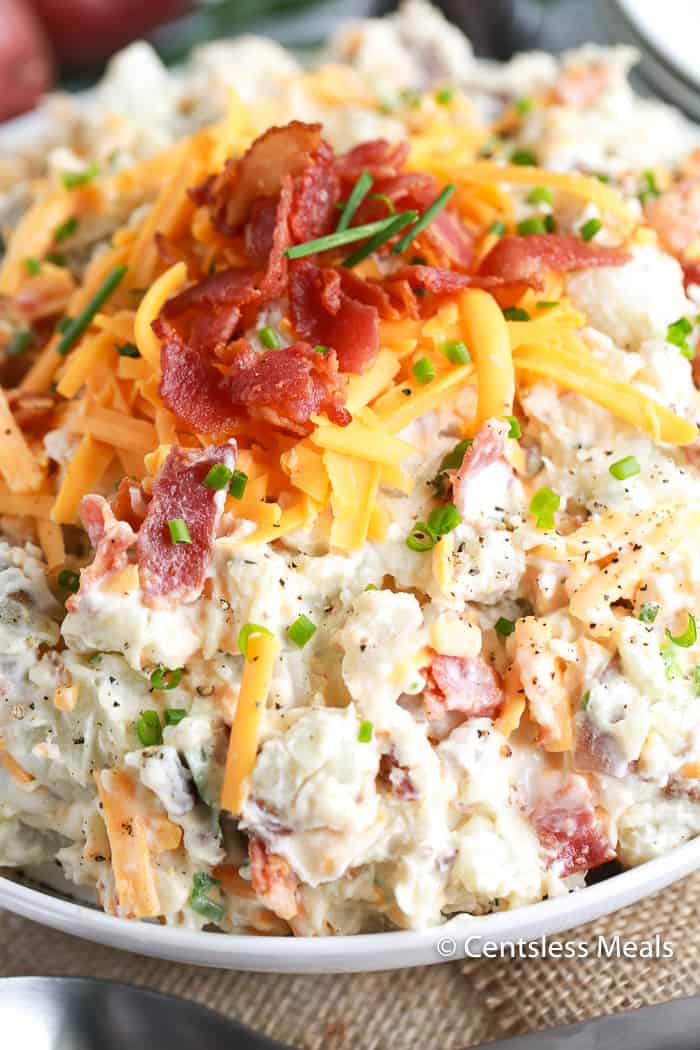 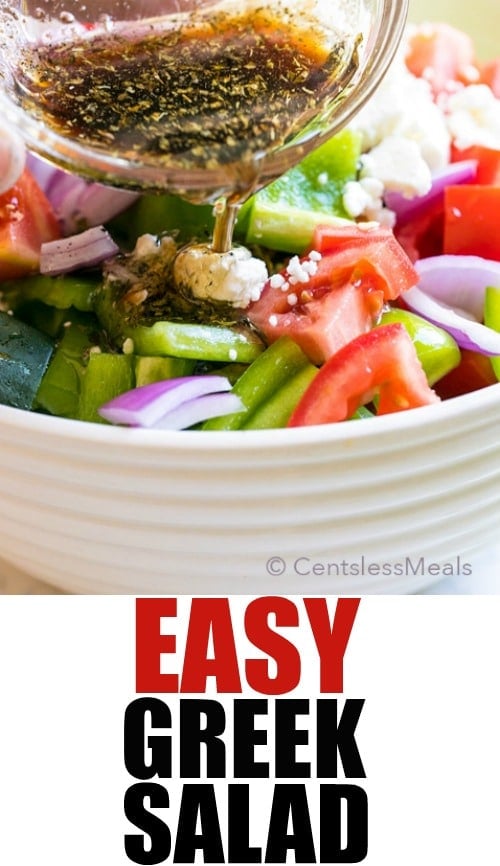