CrockPot Cinnamon Rolls are surprisingly easy and delicious recipe that your family will love! Pre-made cinnamon rolls combined with eggs, butter, vanilla and a surprising splash of coffee creamer create an ooey, gooey cinnamon bun confection that is out of this world!

All you need to add is a nice peppermint mocha latte or a mimosa for the perfect brunch! 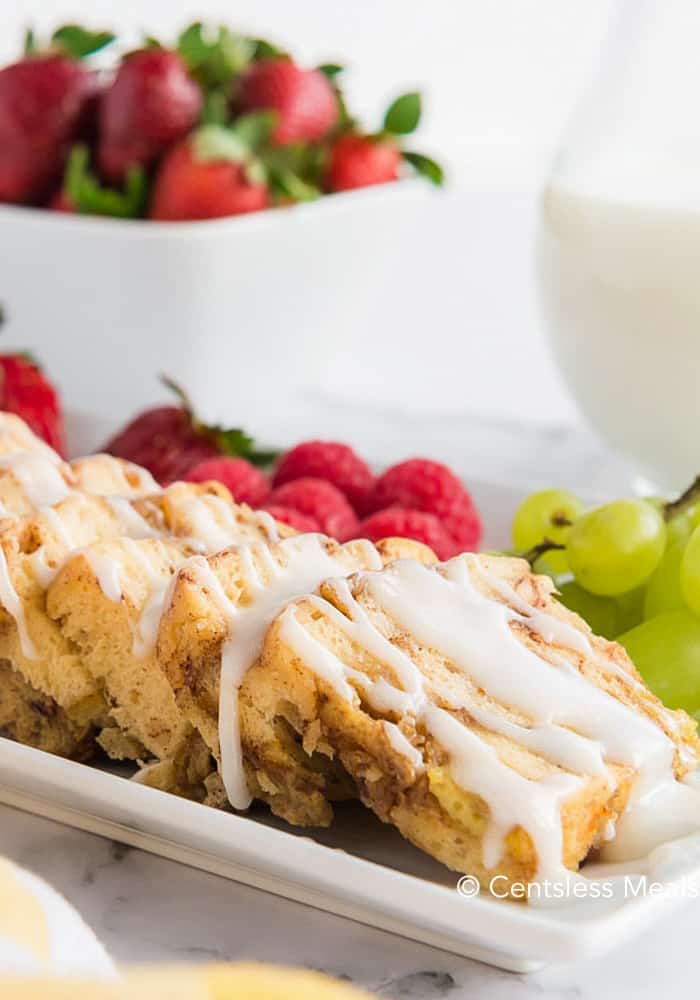 Pin it to your BREAKFAST BOARD to save it for later!

Slow cooker cinnamon rolls are super simple to prepare, and especially convenient if you have a programmable crock pot. Ingredients are canned cinnamon rolls, melted butter, eggs, cream and vanilla.

This recipe is scrumptious using cinnabun coffee creamer, but you can flavor your slow cooker cinnamon rolls however you like. Try coffee flavorings, or a flavored liquor, like Frangelico or amaretto. Your brunch guests will be in heaven! 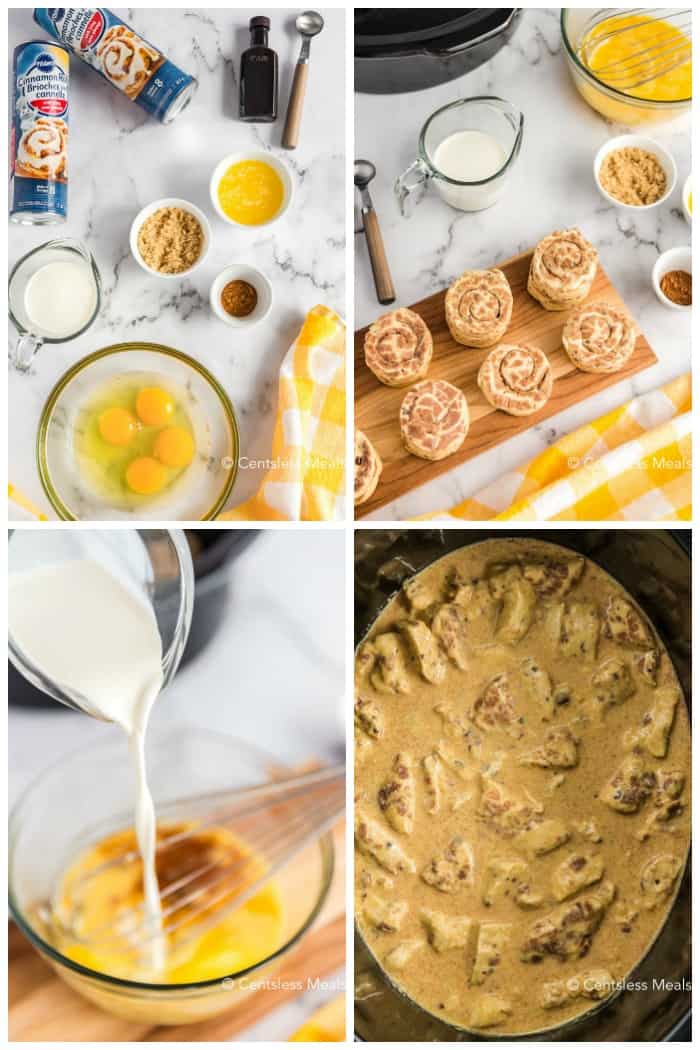 How to Make CrockPot Cinnamon Rolls

If you never knew that your slow cooker could also be used for baked confections, then read on to learn how truly versatile this appliance can be. Rich and gooey slow cooker cinnamon roll casserole is a snap to prepare this way. Here are the steps:

The icing is equally easy to mix. Just combine confectioners sugar with water until it is a thick flowing consistency, like lava. It will melt and dissolve into the pastry. You can also add a few drops of your choice of flavoring to elevate the taste sensation even more. 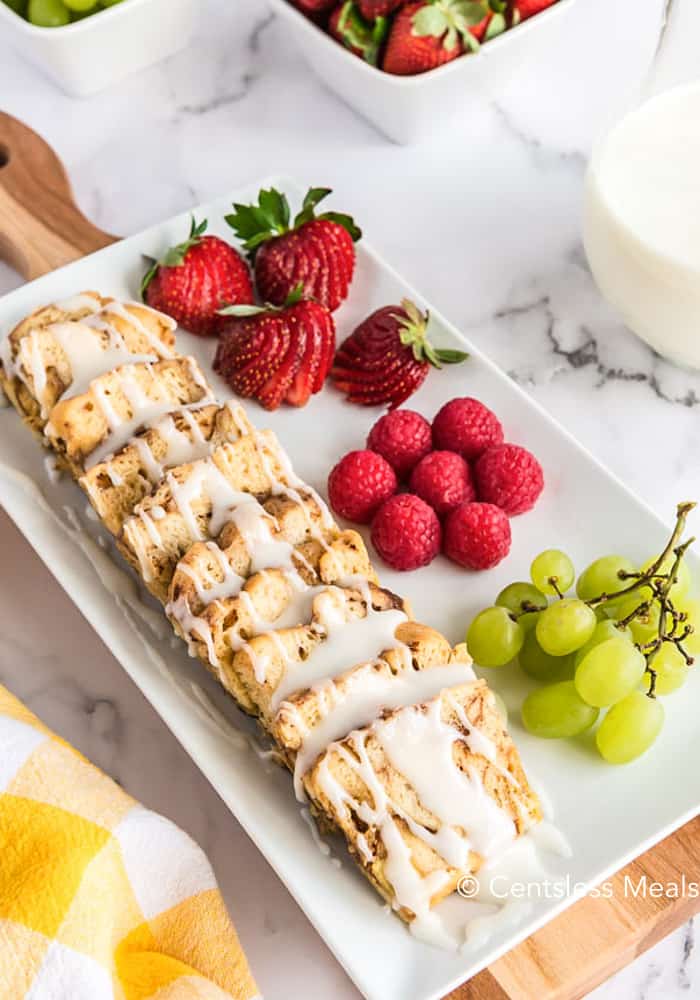 What to Serve with CrockPot Cinnamon Rolls

Slow cooker cinnamon rolls are the perfect dish for special Sunday brunches. Serve them with ham or bacon and your favorite gourmet espresso coffees and herbal teas for an indescribably delicious feast.

We love serving CrockPot cinnamon rolls alongside a salmon asparagus frittata or a hash brown breakfast casserole for a big brunch feast! 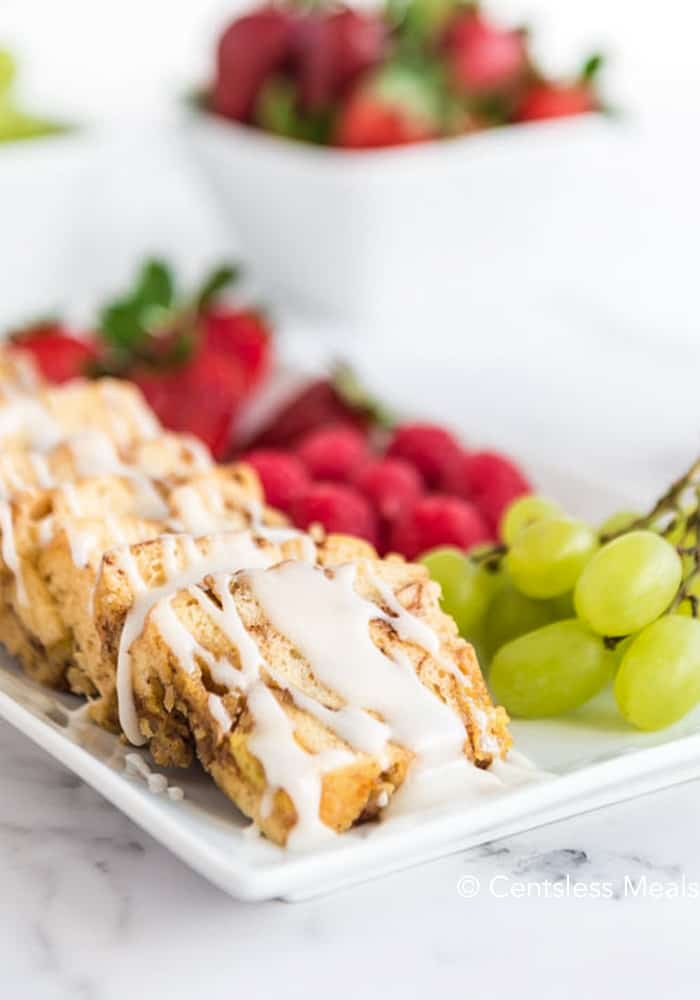