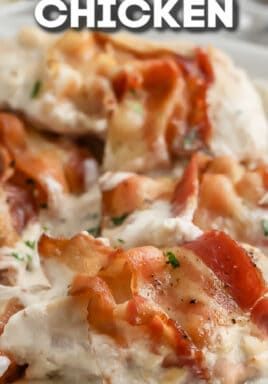 Bacon Wrapped Sour Cream Chicken is a low-carb easy recipe that tastes so good, it’ll be on the menu all year long!

Chicken and bacon are a perfect combination!  This bacon-wrapped chicken recipe in a cream sauce is easy enough for a weeknight meal, but fancy enough for a crowd. Creamy crockpot chicken is so simple to make but the results are delicious. So just set it and forget it and an unforgettable meal will be ready when you are. 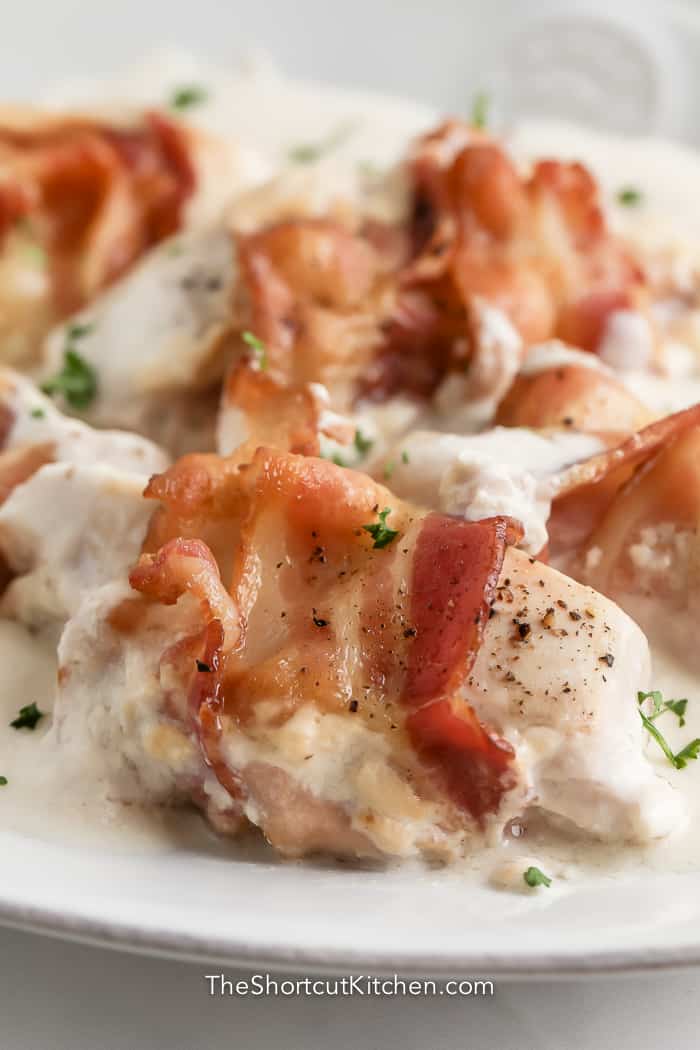 PIN IT to your SLOW COOKER board to SAVE it for later!

Why We Love this Bacon Wrapped Chicken Recipe 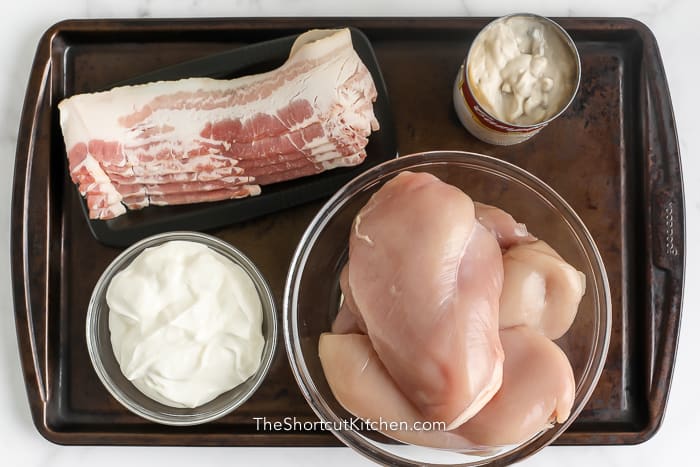 SAUCE: It just doesn’t get any easier than using cream of mushroom soup and some sour cream for this sauce. But cream of chicken or cream of celery works too. Even a cup of bbq sauce will result in a creamy, new dish! Experiment with the flavors and create a signature sauce that everyone will love!

How To Make It!

When it comes to Crockpot cooking, there’s just a little bit of prep, and then dinner will be cooking while the chef has time to do other things: 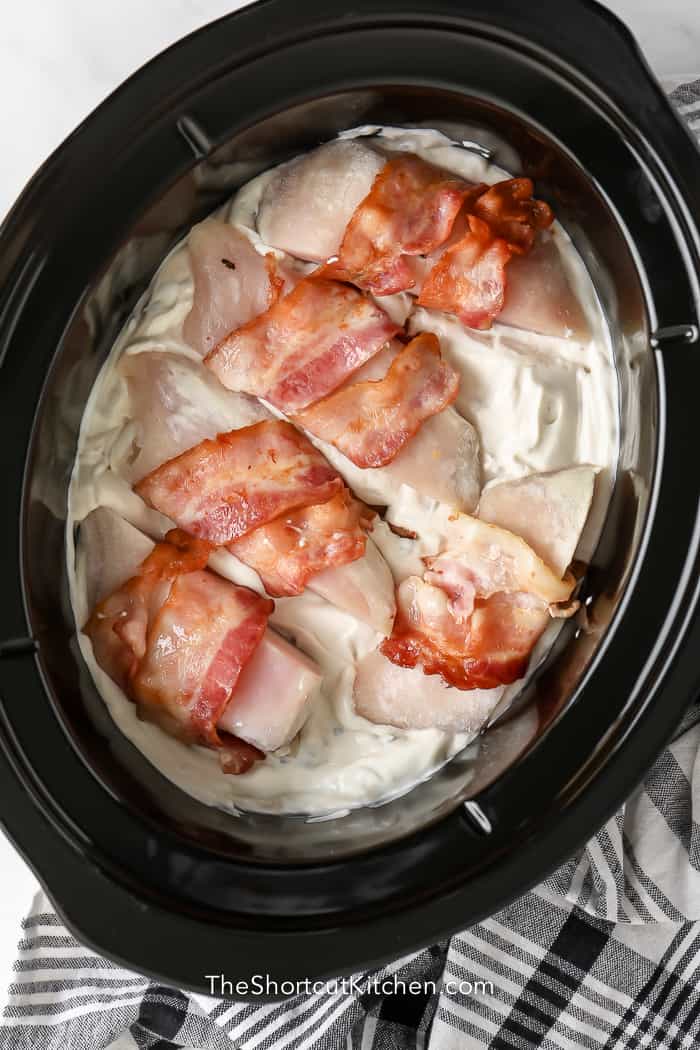 Save the bacon fat for extra flavorful cooking of meat and veggies. Reheat bacon-wrapped chicken breasts in the oven or on the stovetop, just be sure to add some milk or heavy whipping cream to up-level the sauce again! 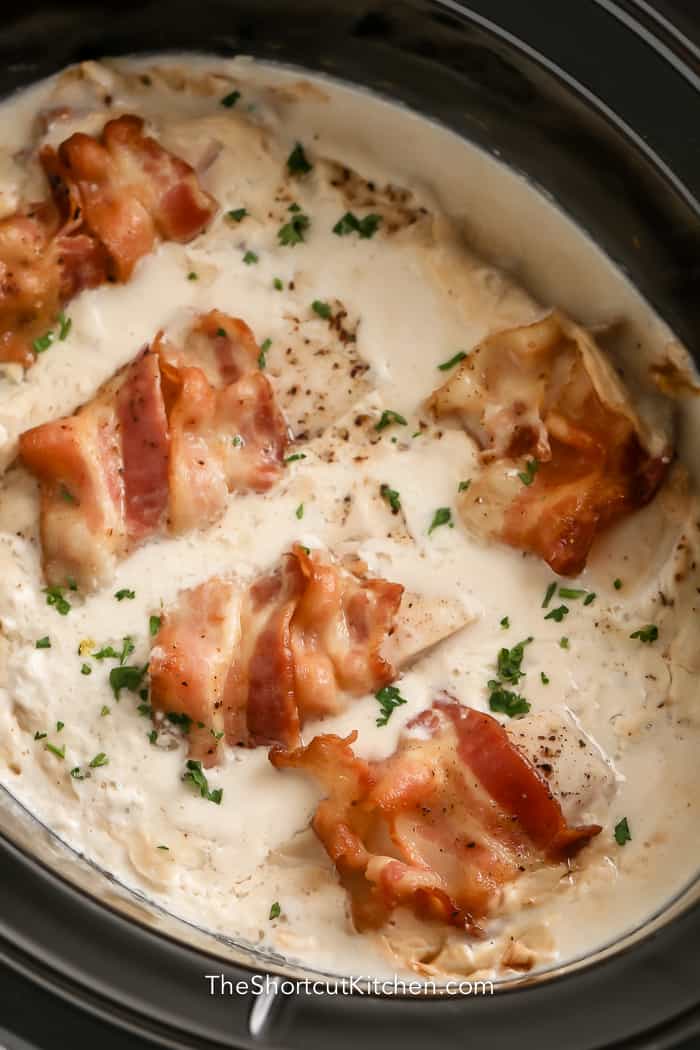 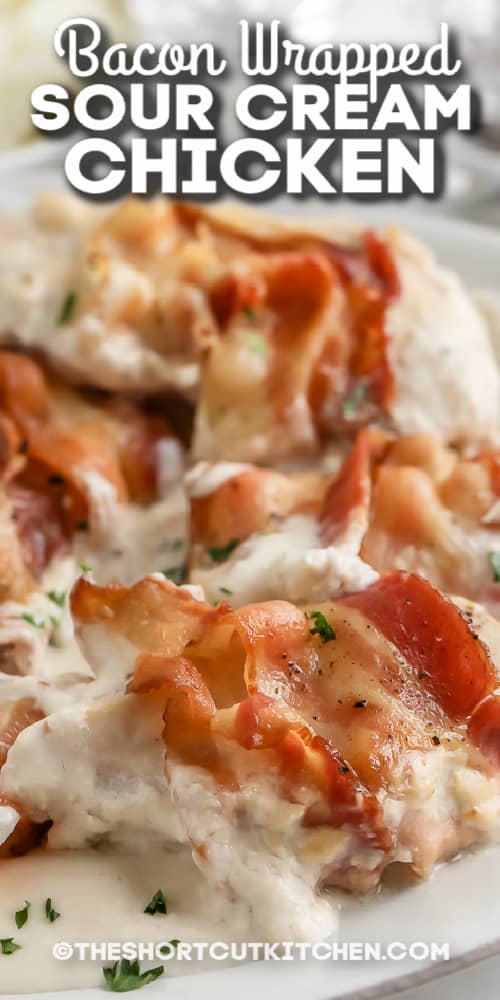 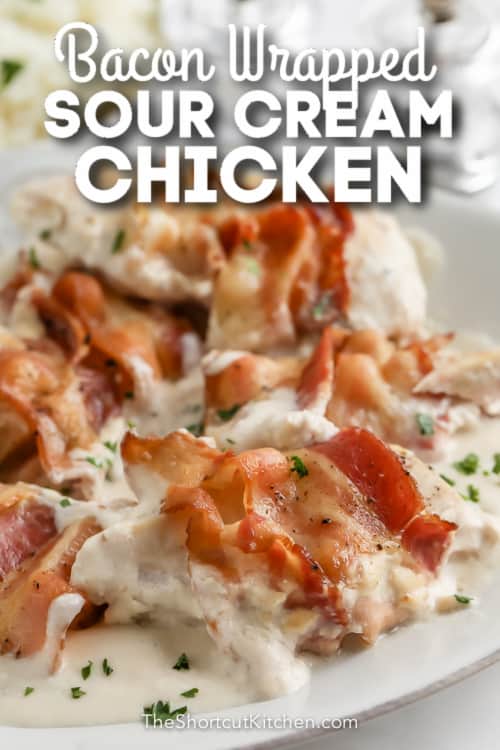