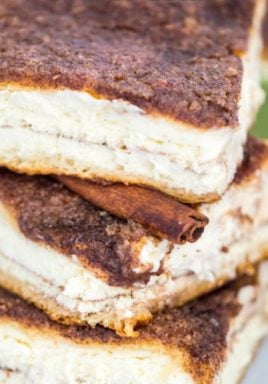 Sopapilla Cheesecake is a delicious dessert that is moist, rich and filled with cream cheese. It is the perfect cheesecake to enjoy with your friends and family any time of the year.

If you like cheesecake, then this one should definitely be on your bucket list. You can also try these other amazing cheesecake such as Pecan Pie Cheesecake Bars, Blueberry Cheesecake, and No-Bake Chocolate Cheesecake. 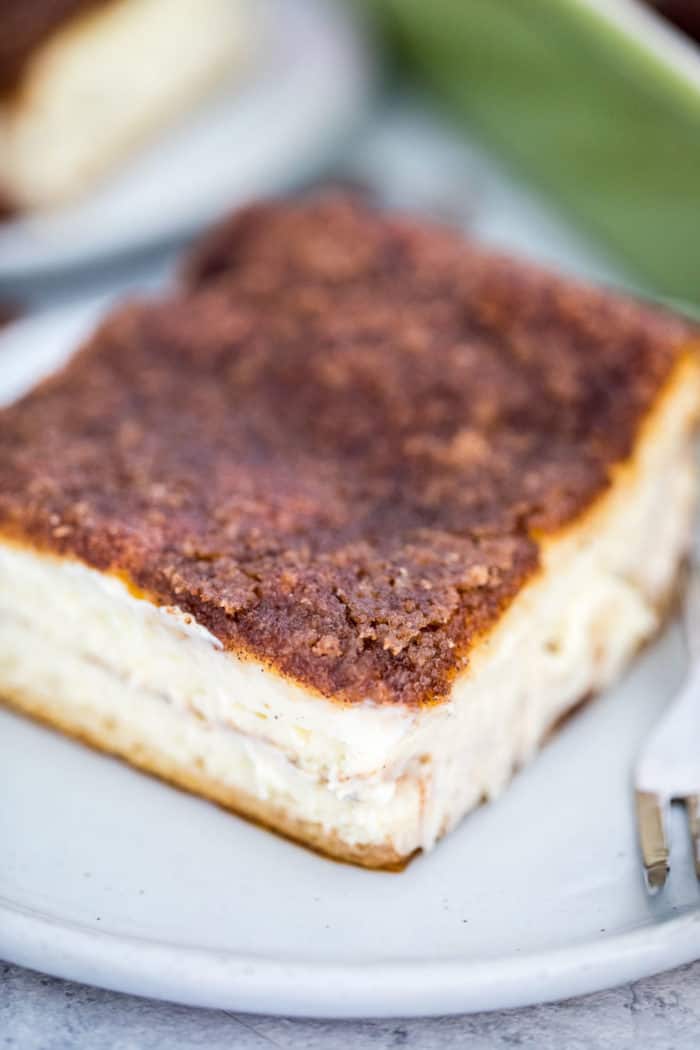 Pin it to your DESSERT BOARD to save it for later!

This Sopapilla Cheesecake recipe is a breeze to make. It is made with crescent roll dough and cream cheese. Unlike other cheesecakes, which require a lot of time and attention, this version is quite easy and simple to follow.

The filling is super simple to put together by just mixing up the cream cheese, sugar, and some vanilla extract. Then you basically layer the mixture in between the crescent roll dough and bake it.

It really is that simple, even a beginner cook can do it! In addition, you can play a bit with the mixture and flavor by adding some lemon juice or even some fruit to it. It is quite versatile and can be adjusted based on your preference. I have made it in many variations and it is always a hit with my friends and family.

Where Did Sopapilla Cheesecake Originate From?

Sopapilla is commonly used in Hispanic culture and cuisine and is believed to originate from there. It is a well known and popular dessert used in many Hispanic menus. Lately, it became quite popular in the USA and mostly in the form of cheesecake, which is filled with cream. 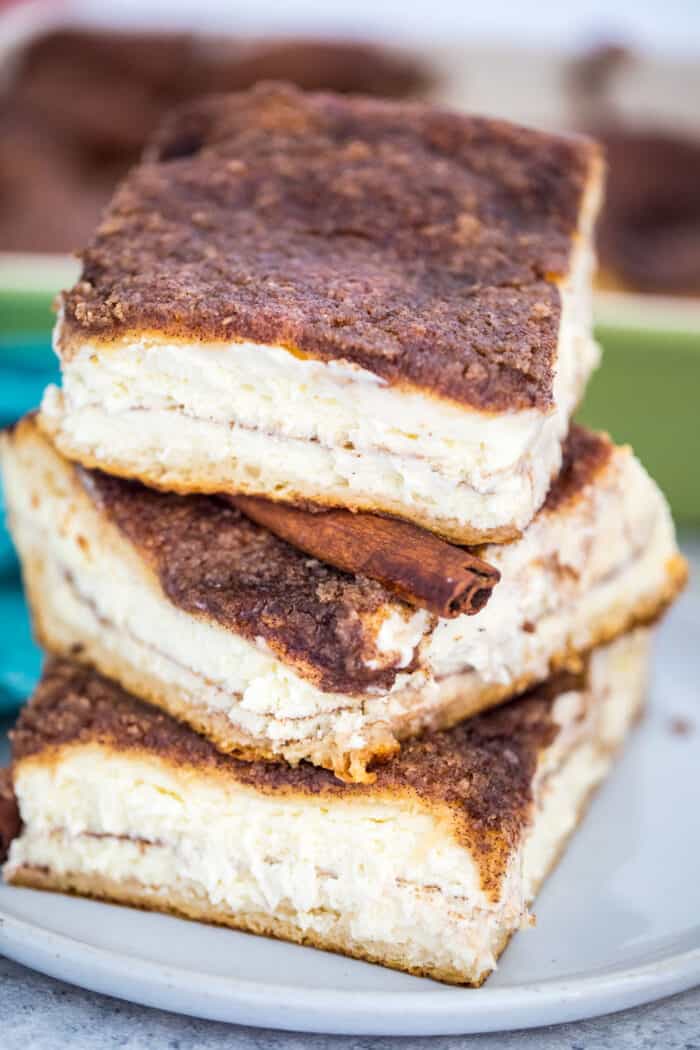 How to Make Sopapilla Cheesecake?

As stated above, this is probably one of the easiest cakes you can make at home. Once you have the ingredients ready, the rest is quite simple.

How Do You Serve Sopapilla Cheesecake? 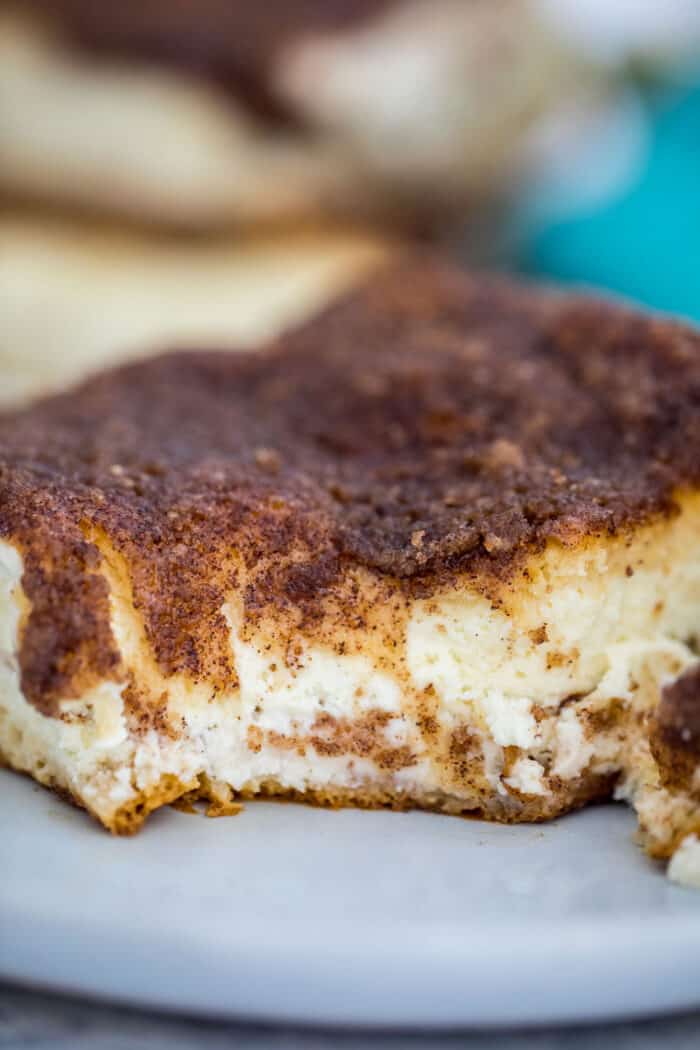 Like so many folks with busy schedules these days you may wonder, can you make Sopapilla Cheesecake in Advance? Absolutely! This is the perfect dish to make a few days in advance, especially if you have a busy schedule or plenty of cooking to do. Simply make it up to 3 days in advance, and properly cover it. Then, store in the refrigerator prior to serving. 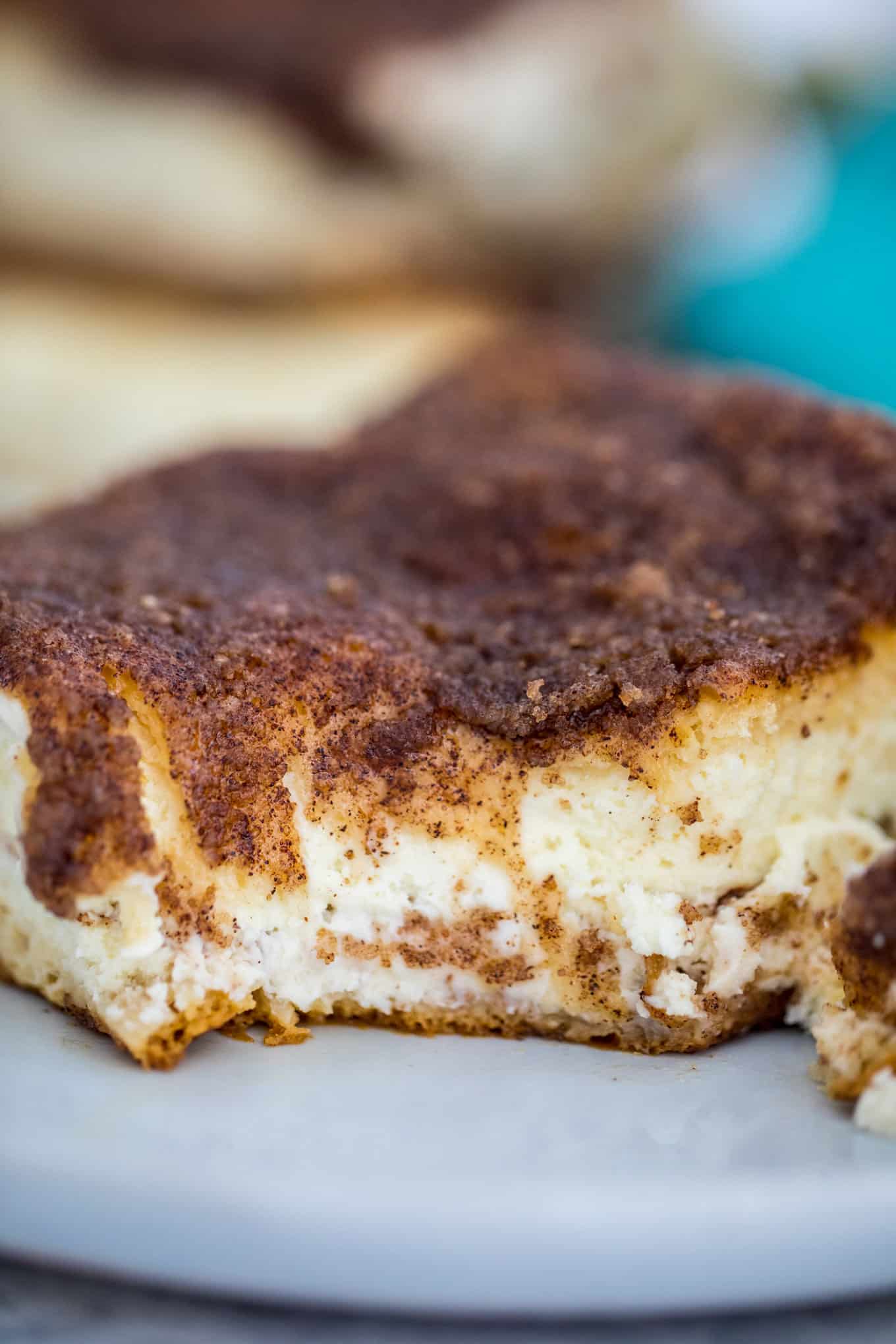 No ratings yet
Rate Recipe

Sopapilla Cheesecake is a delicious dessert that is moist, rich and filled with cream cheese. Is the perfect cheesecake to enjoy with your friends and family any time of the year.
Pin Recipe Print Recipe
Prep Time 30 mins
Cook Time 39 mins
Servings 12 squares
Author Catalina 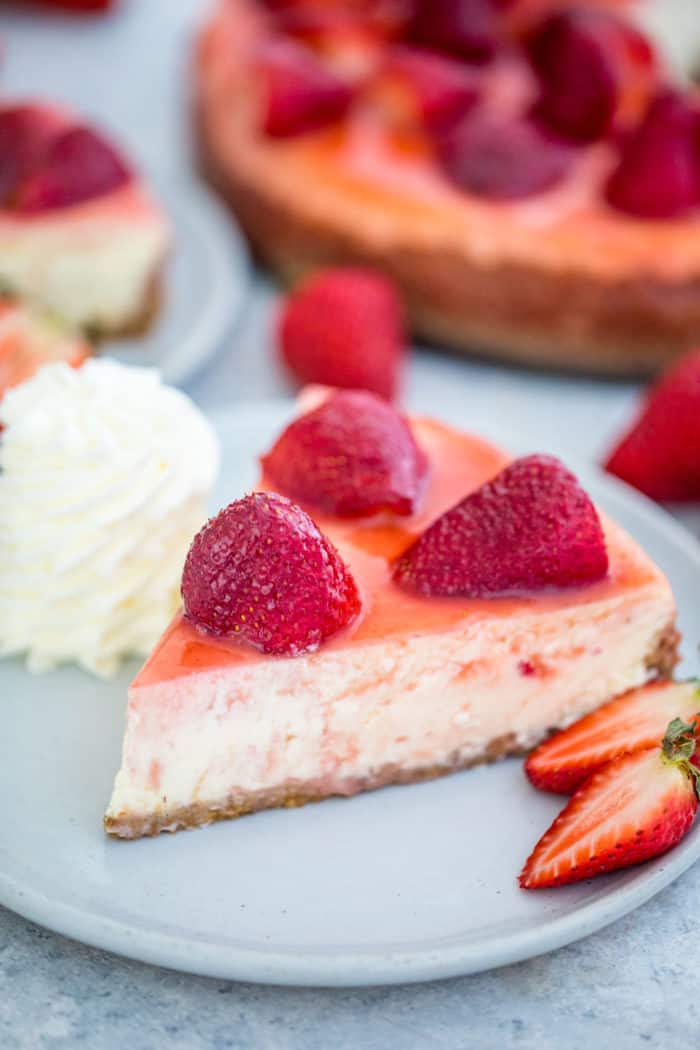 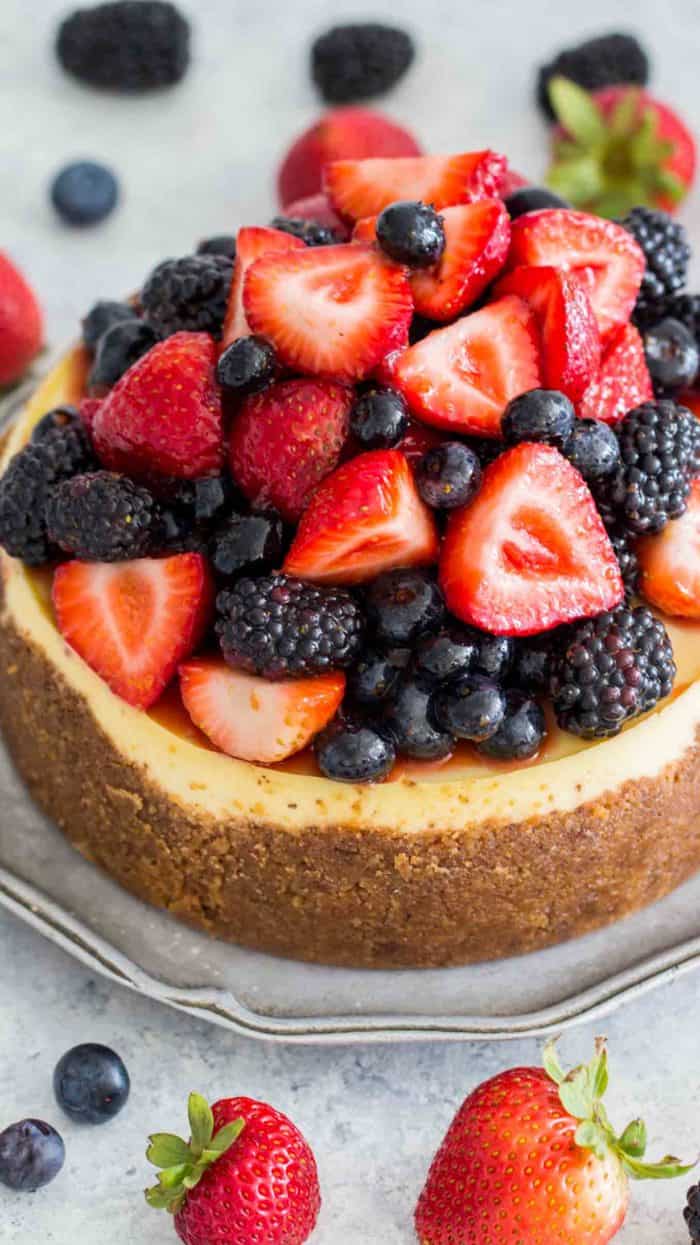