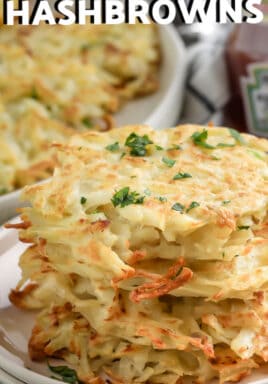 Breakfast just isn’t the same without a side of comforting, crispy hash browns. Even faster than using frozen, nothing beats starting the day with fresh hash brown potatoes! They turn out deliciously crispy and flavorful with just 5 ingredients. 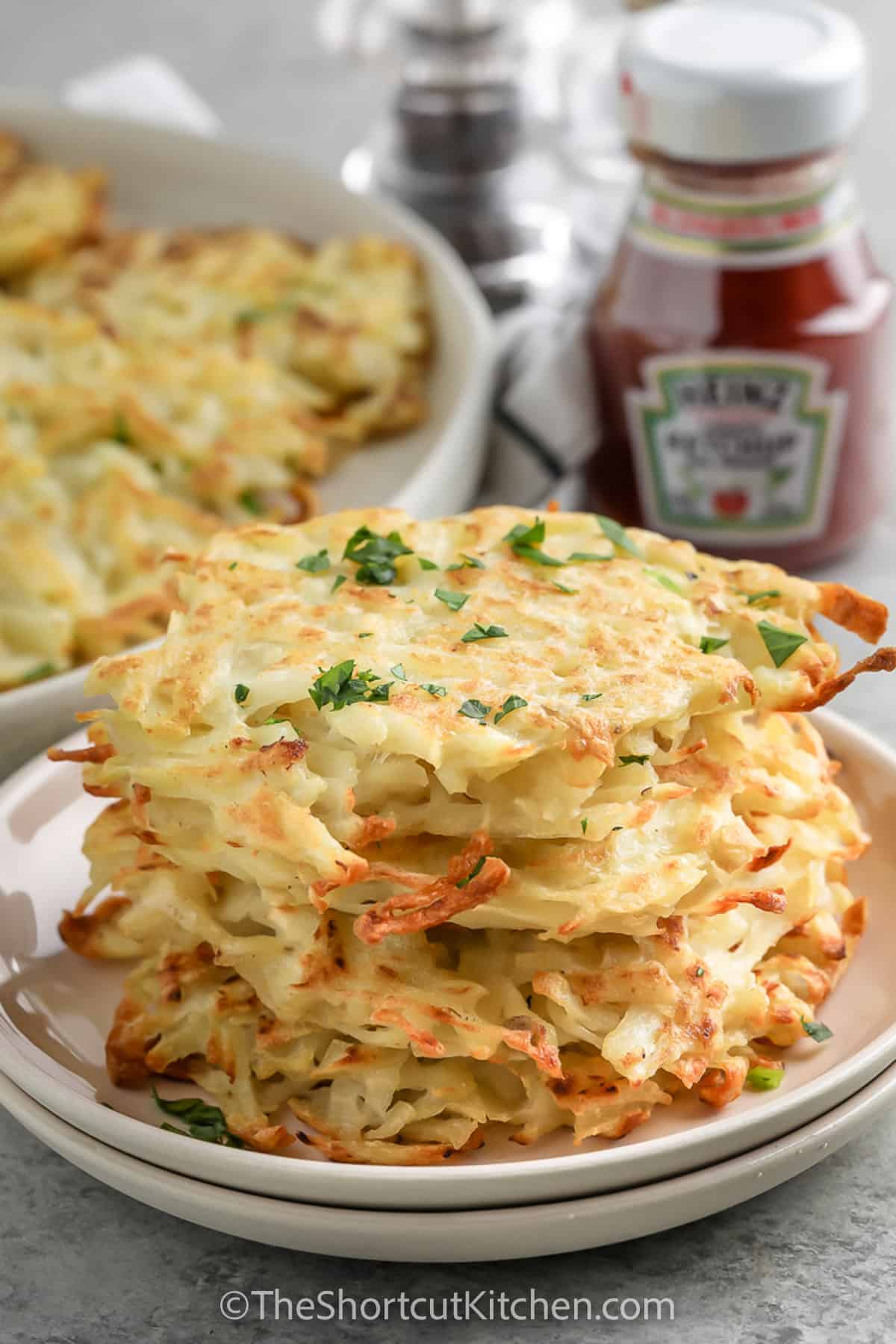 PIN IT to your SIDES board to SAVE it for later! 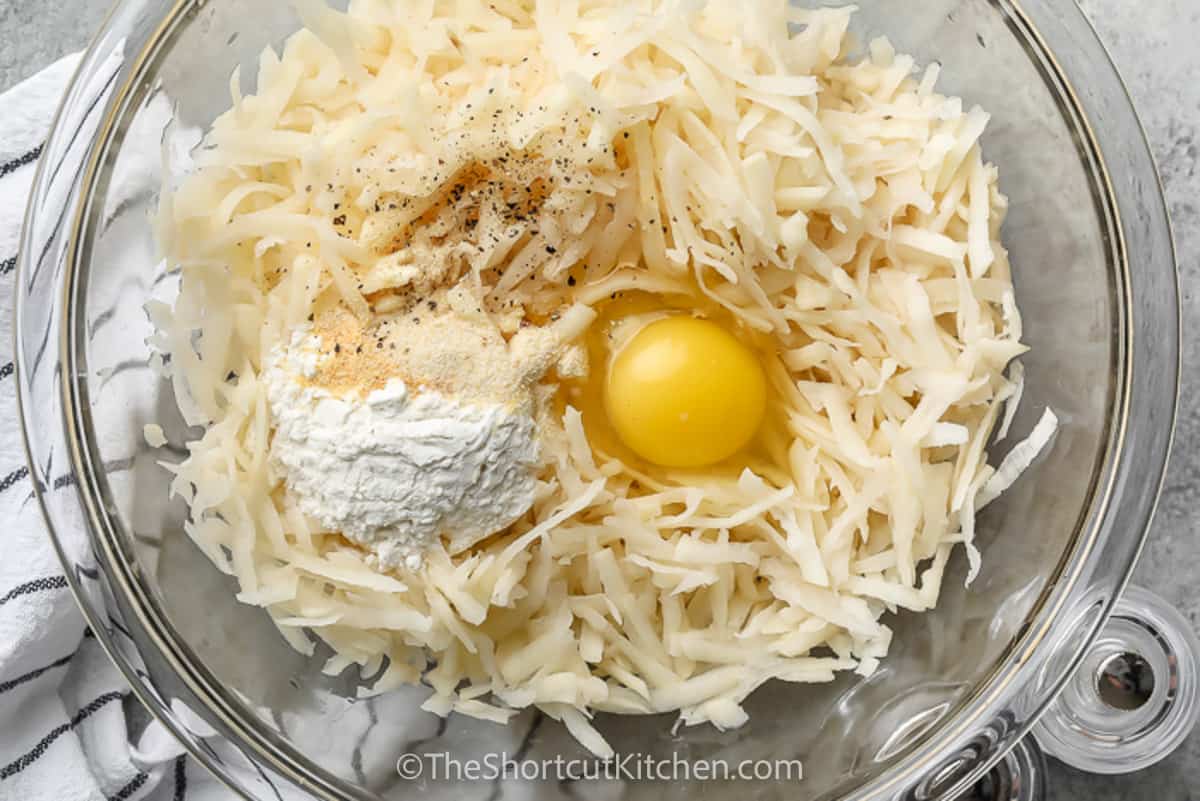 POTATOES: Pick the perfect potato! Russets have more starch than other potatoes and will produce extra crispy edges. Choose large eggs to provide the best flavor and protein, and whisk them before adding the other ingredients.

ADD-INS: Shredded cheese, bacon bits, and green onions will add flavor and texture to hash brown patties. For a zesty patty, sprinkle in some taco or chili seasoning!

How to Make Hash Brown Patties

This recipe is sure to become a new favorite, it’s so simple to put together but can finish cooking in the oven while the chef preps other foods: 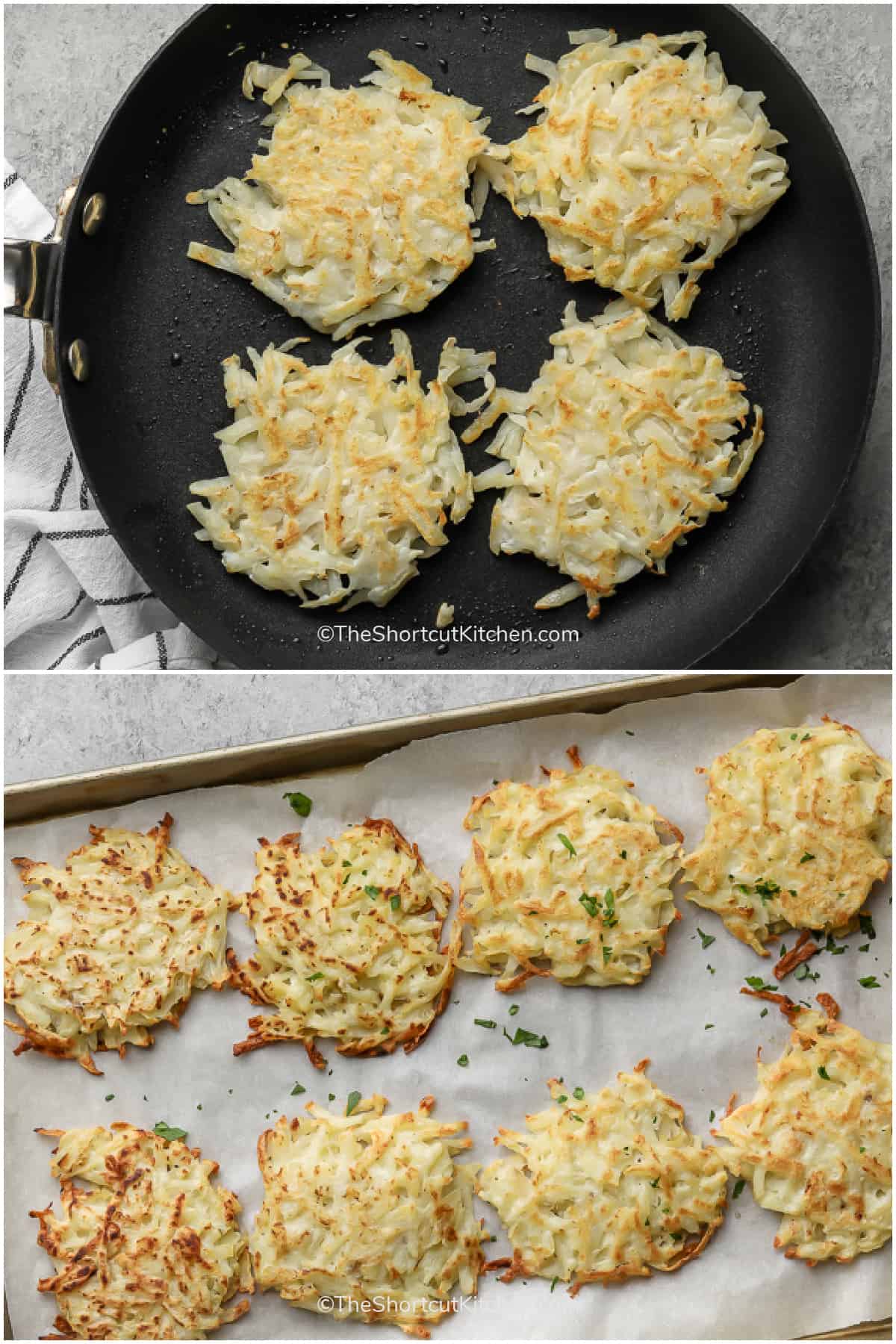 How to Store Leftovers

Keep leftover homemade hash brown patties in a covered container between sheets of parchment paper. Reheat on the stovetop, use the oven, toaster oven or even an air fryer. 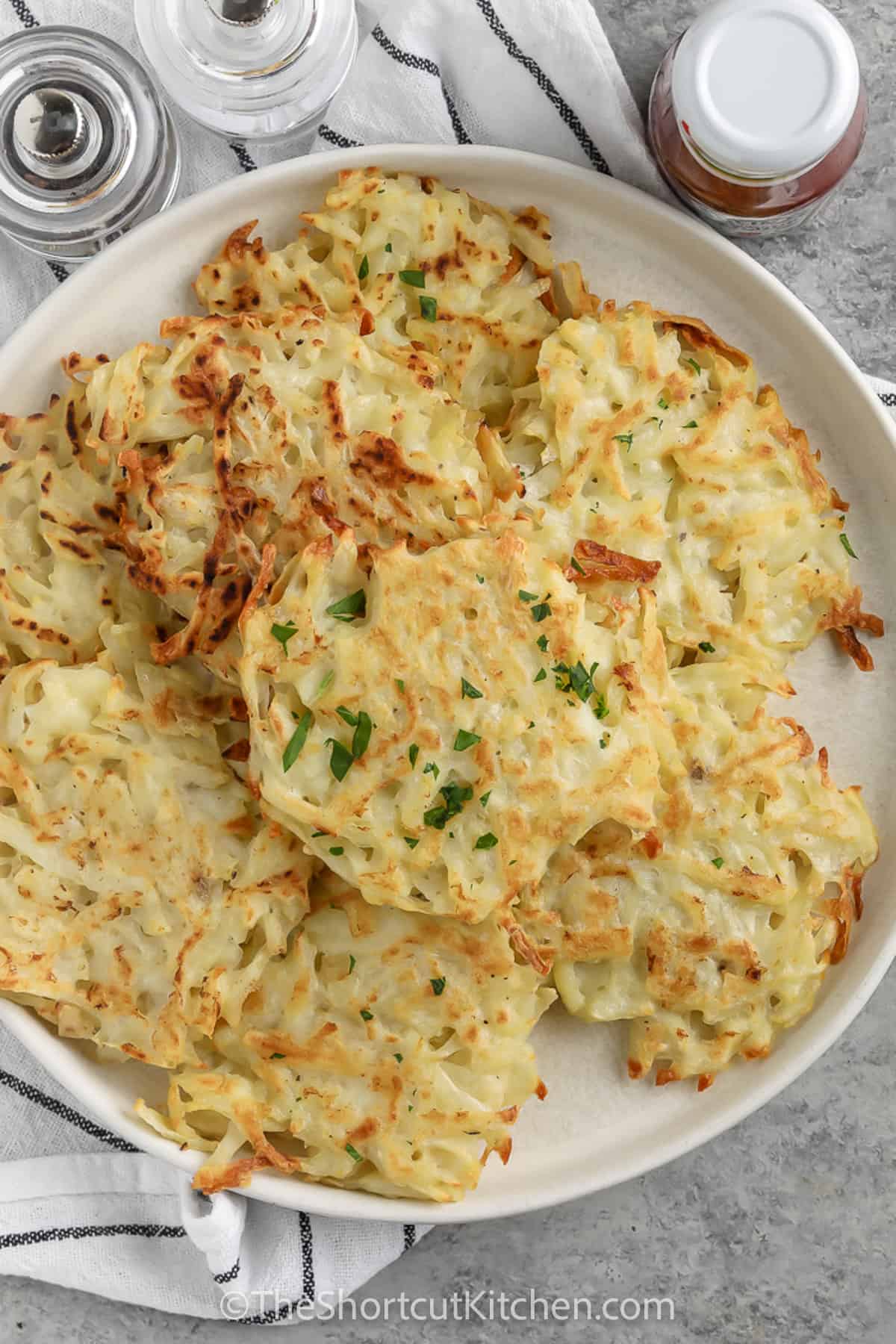 Other Potato Sides To Try! 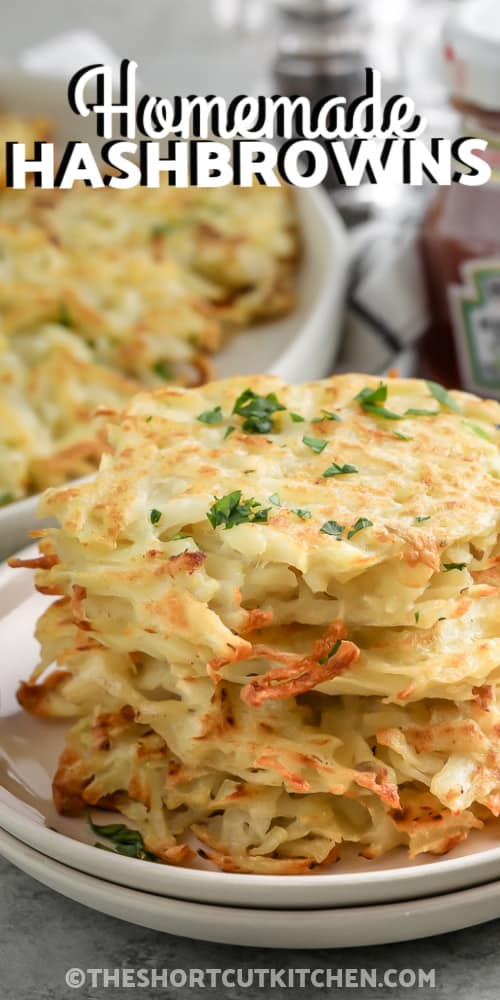 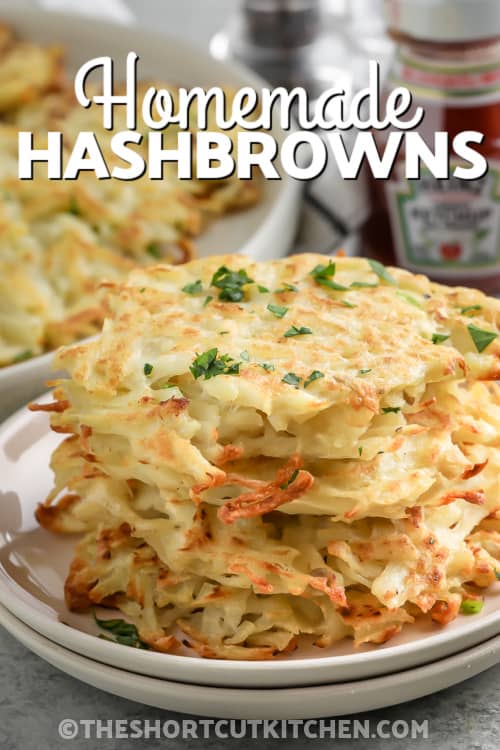