Shortcut Stuffing From A Box 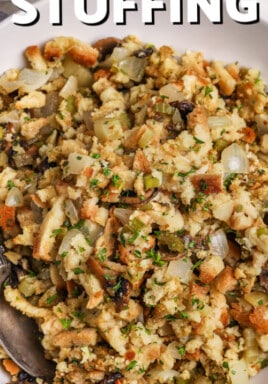 Stuffing from a box can taste just as delicious as any homemade recipe with a few quick tricks!

Saute a bit of celery in butter, add mushrooms, fresh parsley and broth. Then simply bake it in the oven for an easy boxed stuffing that is every bit as savory and delicious as its homemade cousin. Thanksgiving just got a little bit easier thanks to this shortcut recipe! 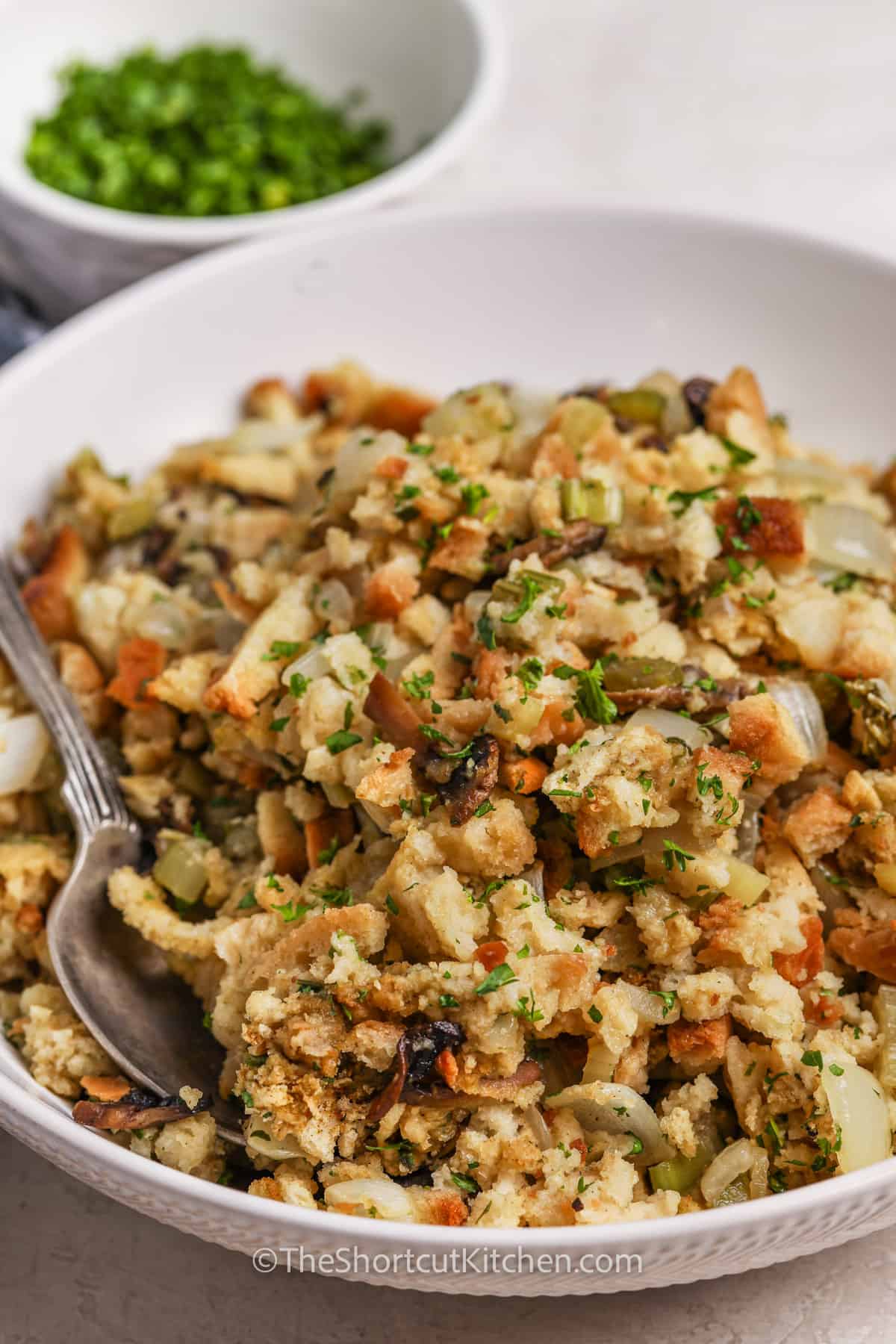 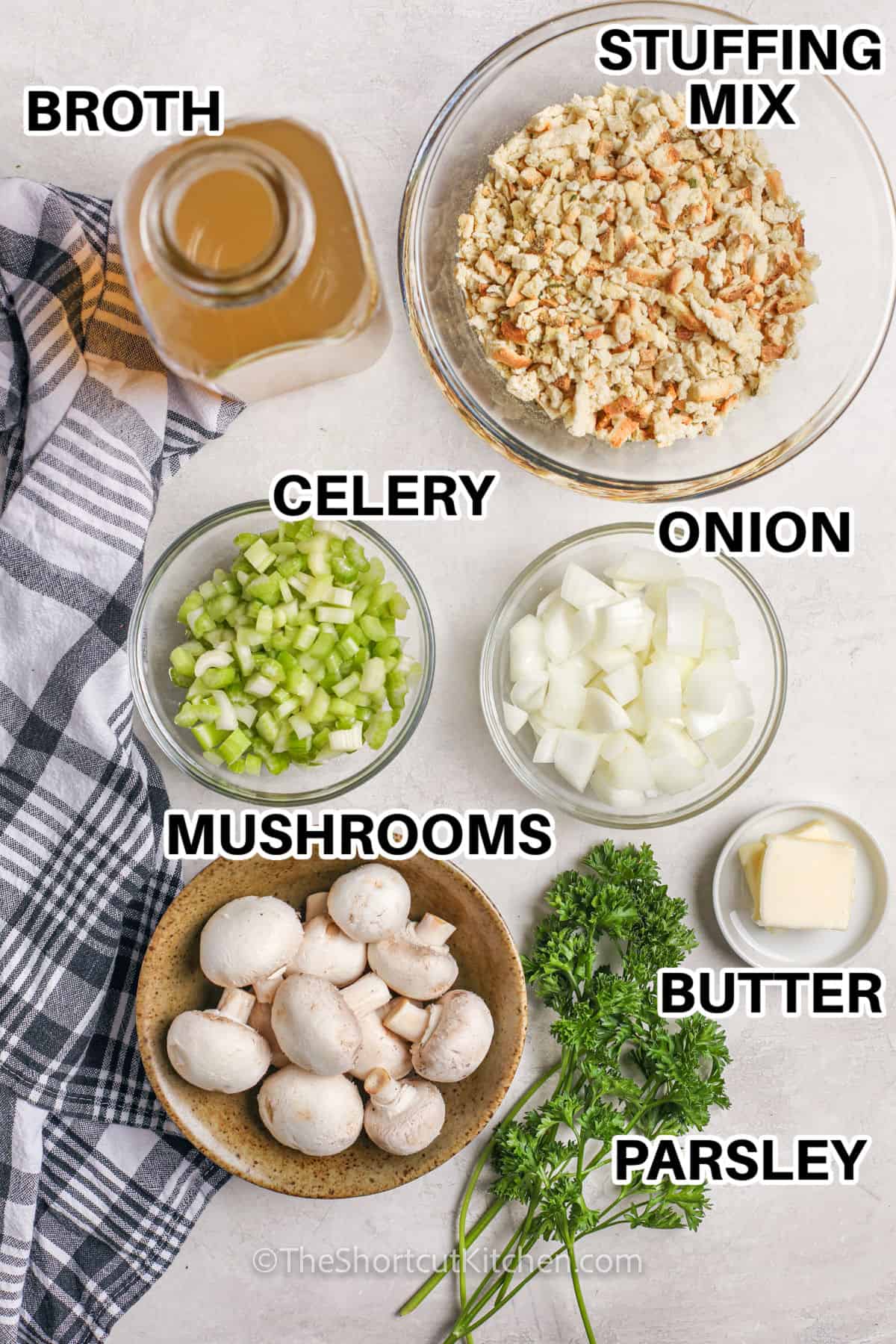 As much as we love homemade stuffing, a boxed mix makes for a quick side dish!

BOXED STUFFING MIX: Use any preferred brand or variety, because the magic happens when the other ingredients are added. Turkey, pork, or chicken-flavored stuffing mix will work.

VEGETABLES: Onions, celery, mushrooms, and fresh parsley are the ingredients that will give boxed stuffing a homemade facelift!

BUTTER: Real butter makes everything taste better, especially when it comes to stuffing. It’s the secret ingredient for the best flavor.

BROTH: Use low sodium chicken broth (or substitute turkey stock, mushroom, or even vegetable broth) since boxed stuffing mix has enough salt in it.

How To Make Stuffing from A Box

To make the best Thanksgiving stuffing that no one will believe came from a box, just follow a few easy steps! 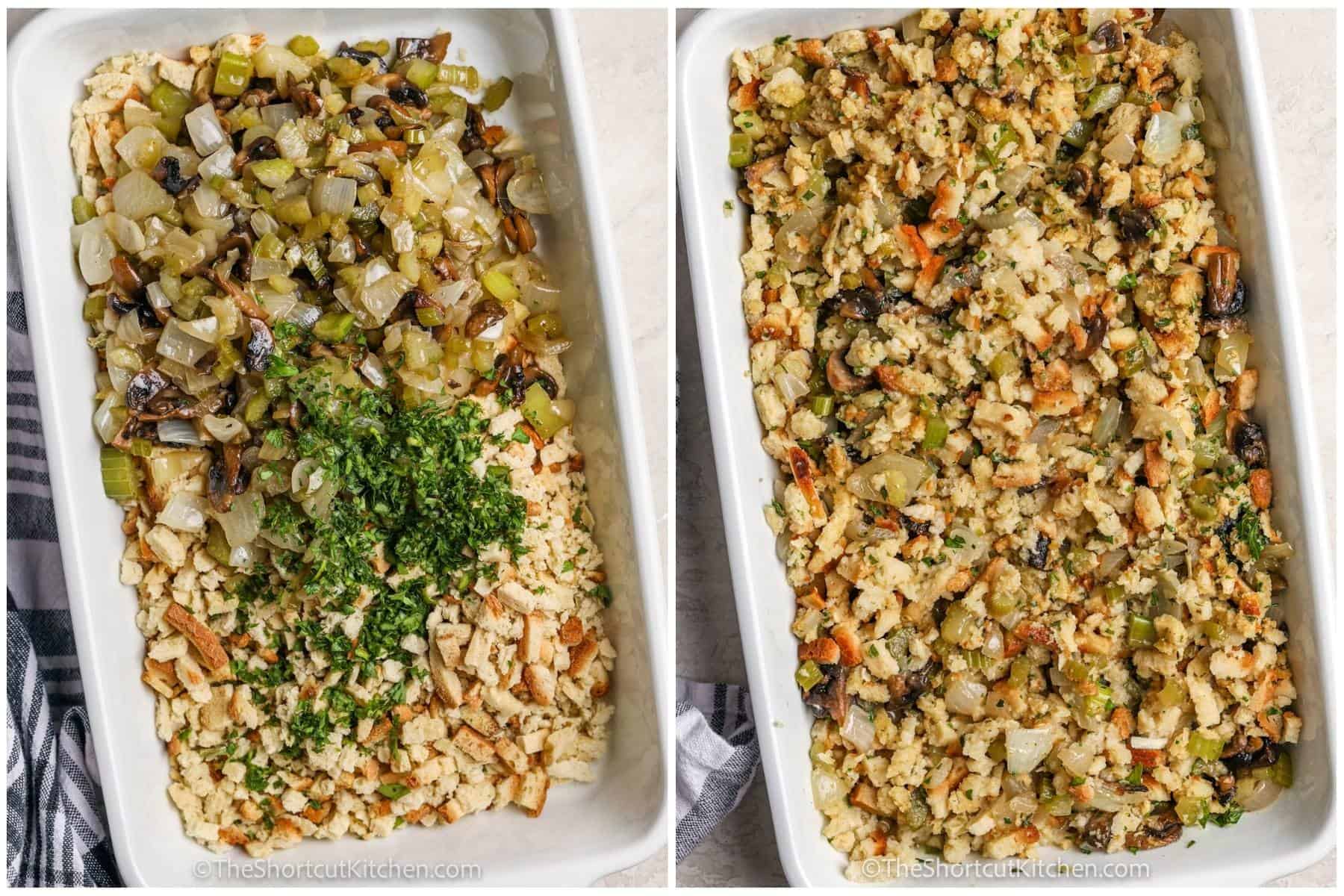 It’s not hard to come up with variations on this recipe. Just think of some favorite stuffing ingredients, and add them in! 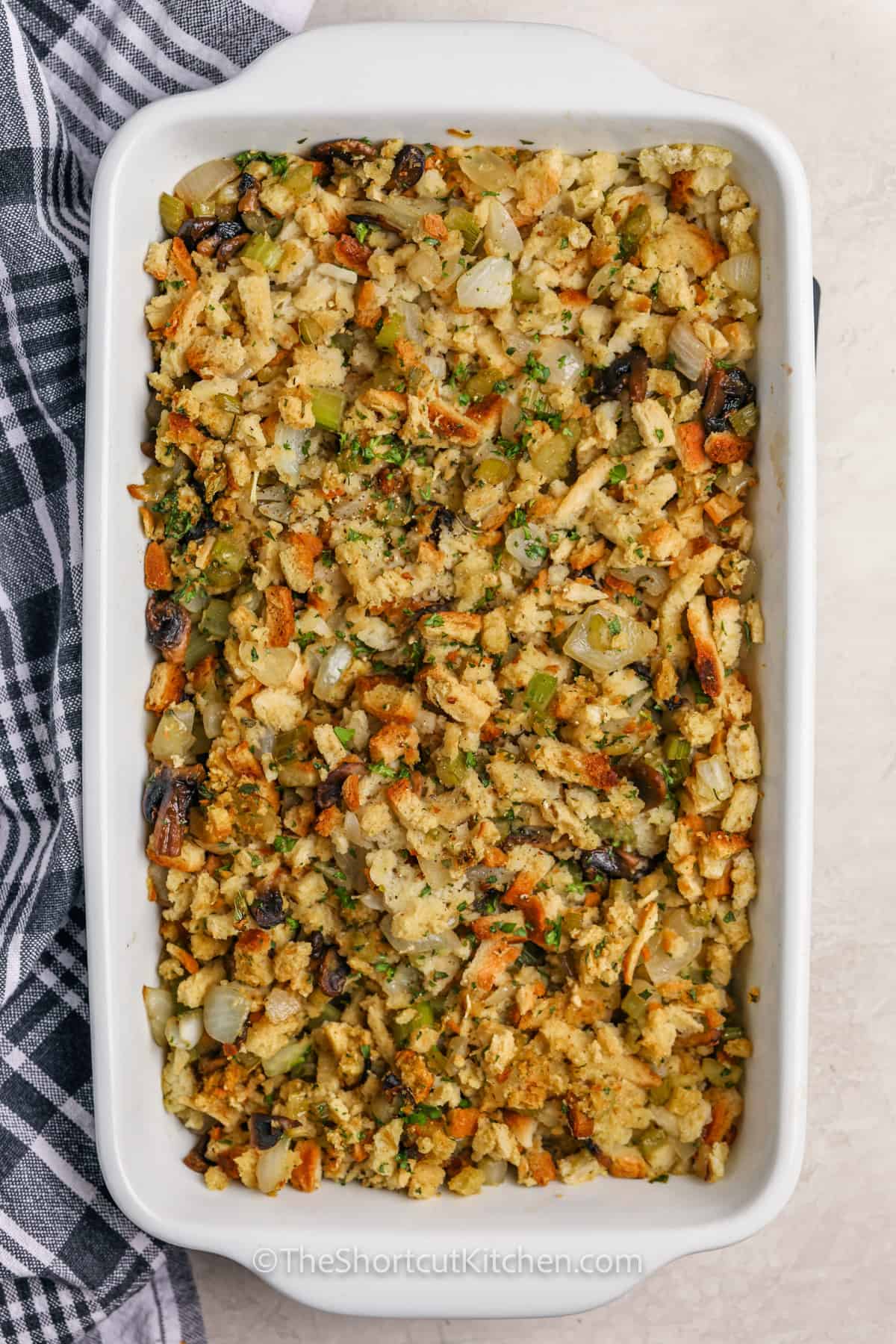 Shortcut Stuffing From A Box

REPIN this Shortcut Stuffing From A Box recipe! 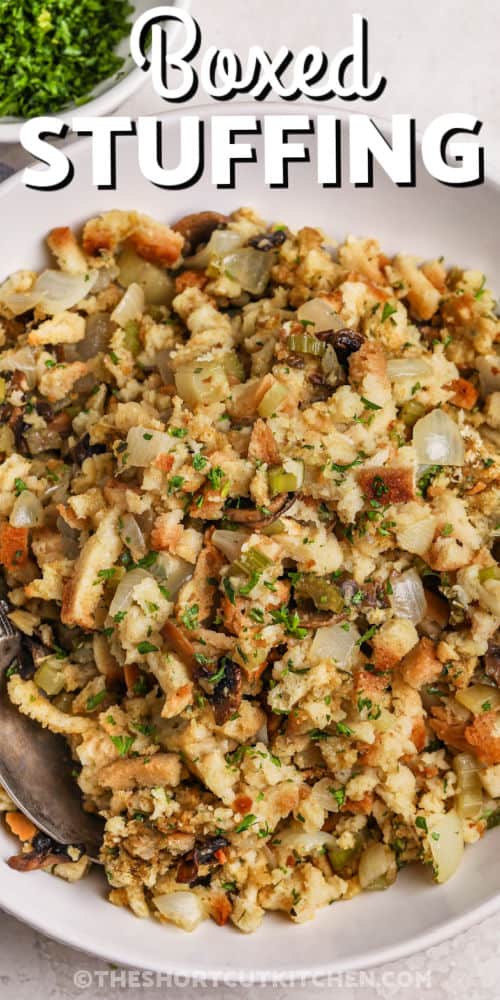 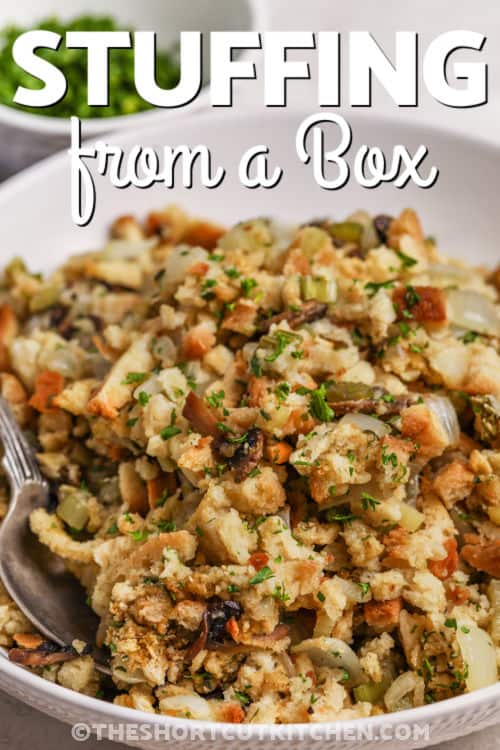