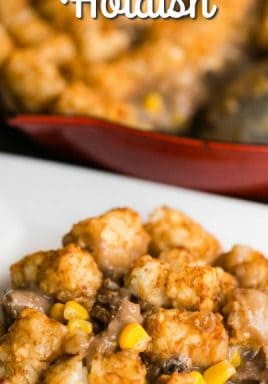 Tater Tot Hotdish, also known as Tater Tot Casserole, is a classic comfort food recipe best known in Minnesota. This recipe is a combination of five ingredients you will most likely already have on hand – ground beef, onion, cream of mushroom soup, corn and tater tots. 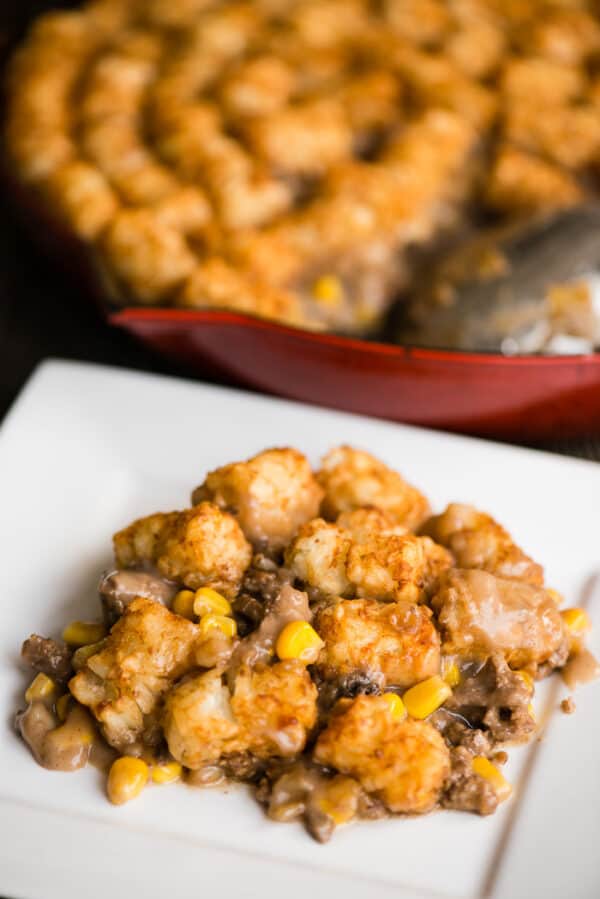 Pin it to your CASSEROLES BOARD to SAVE it for later!

I’m not from Minnesota. I’ve only been there a couple of times. I grew up in California and I had actually never heard of a Tater Tot Hotdish until recently. Tater Tots? You bet. I love them. But I had no idea what a hotdish, let alone a tater tot hotdish was.

What is Tater Tot Hot Dish?

Turns out, a hotdish is just another name for casserole. Speaking of casseroles, if this hotdish recipe looks good, you’ll definitely want to make Sloppy Joe Tater Tot Casserole or how about a Pierogi Casserole?

I wanted to make sure that when I made this tater tot hotdish recipe, I stayed true to how Minnesotans enjoy it. Turns out I’m lucky enough to have a good friend from Minnesota who was happy to advise me.

You see, the West Coast girl in me wanted to add all sorts of ingredients, namely vegetables, to my hotdish. My friend said that wouldn’t be a true Minnesotan hotdish, so I stuck with just corn.

How to Make Tater Tot Hotdish

Some recipes make tater tot hotdish with sour cream, however, I would only do that if I were to incorporate some sauteed mushrooms, basically making my own cream of mushroom soup.

With the combination of ingredients used, I felt the dish had plenty of creamy texture and great flavor. The cheese wasn’t needed at all but of course you can add cheese to make this into a cheesy Tater Tot Hotdish! 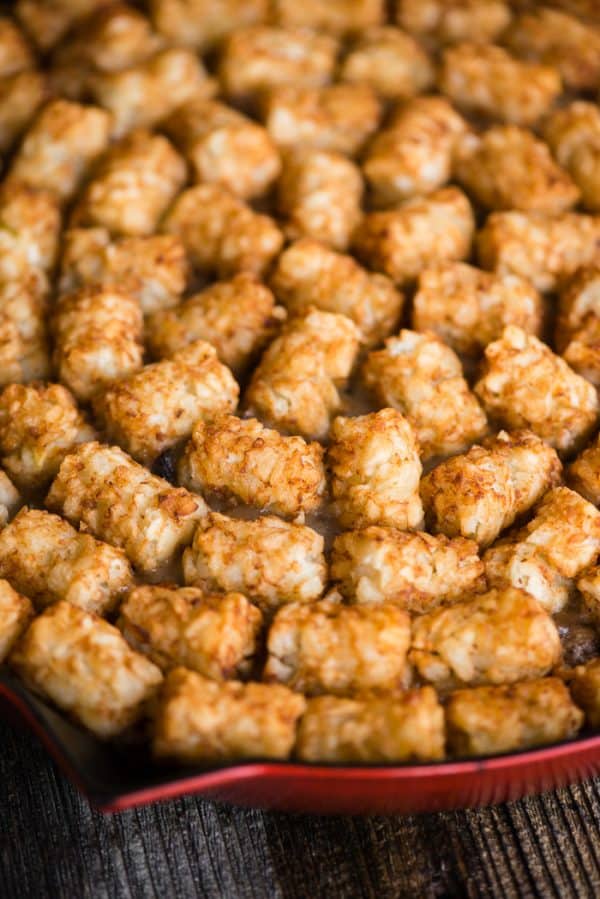 How do you cook a Tater Tot Casserole?

This casserole cooks about 45 minutes. If you’d like to make it ahead of time this tater tot hotdish can be refrigerated overnight before baking.

Remove it from the refrigerator about 20 minutes before baking (while the oven heats up). If you like the tater tots extra crispy, allow them to defrost a bit before you bake them. 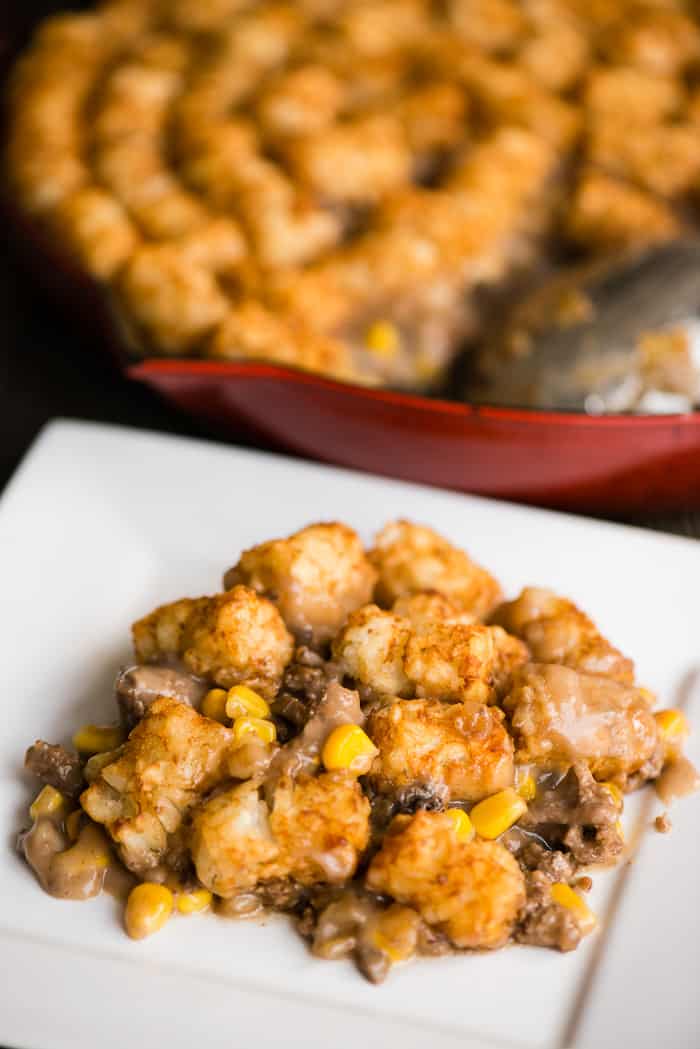 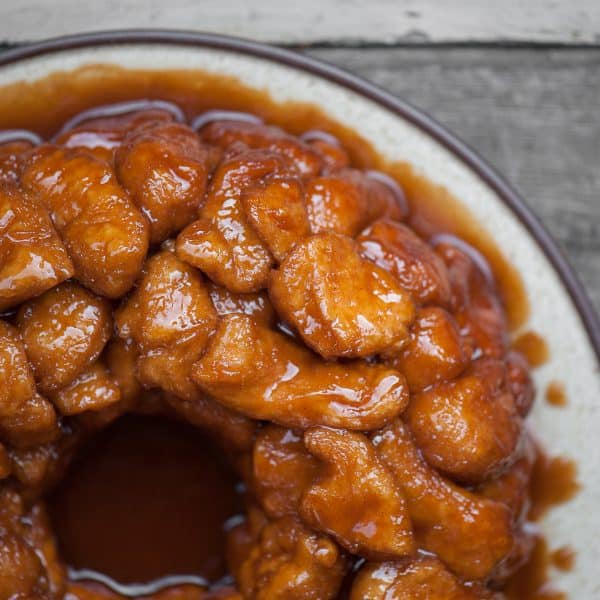 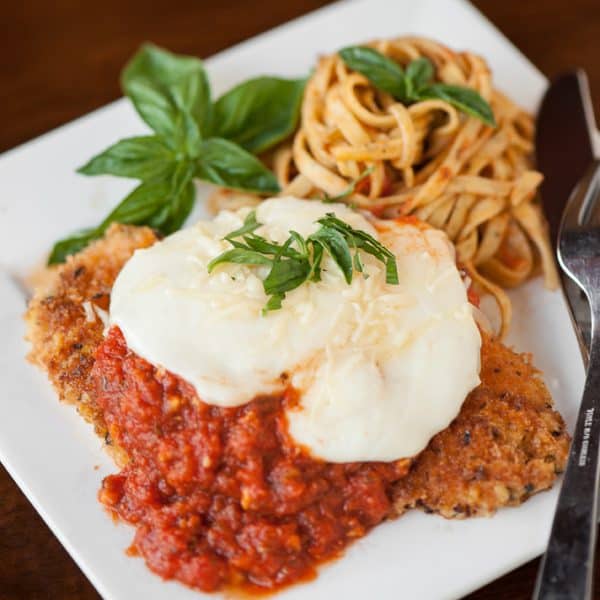 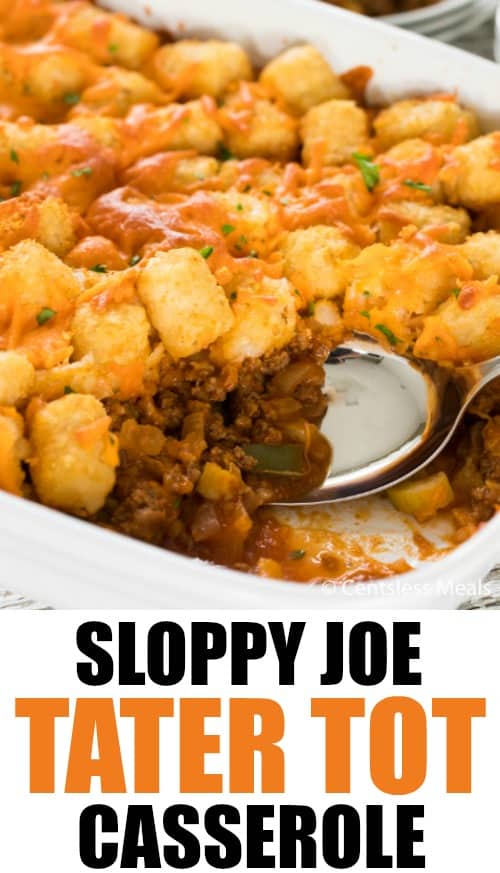